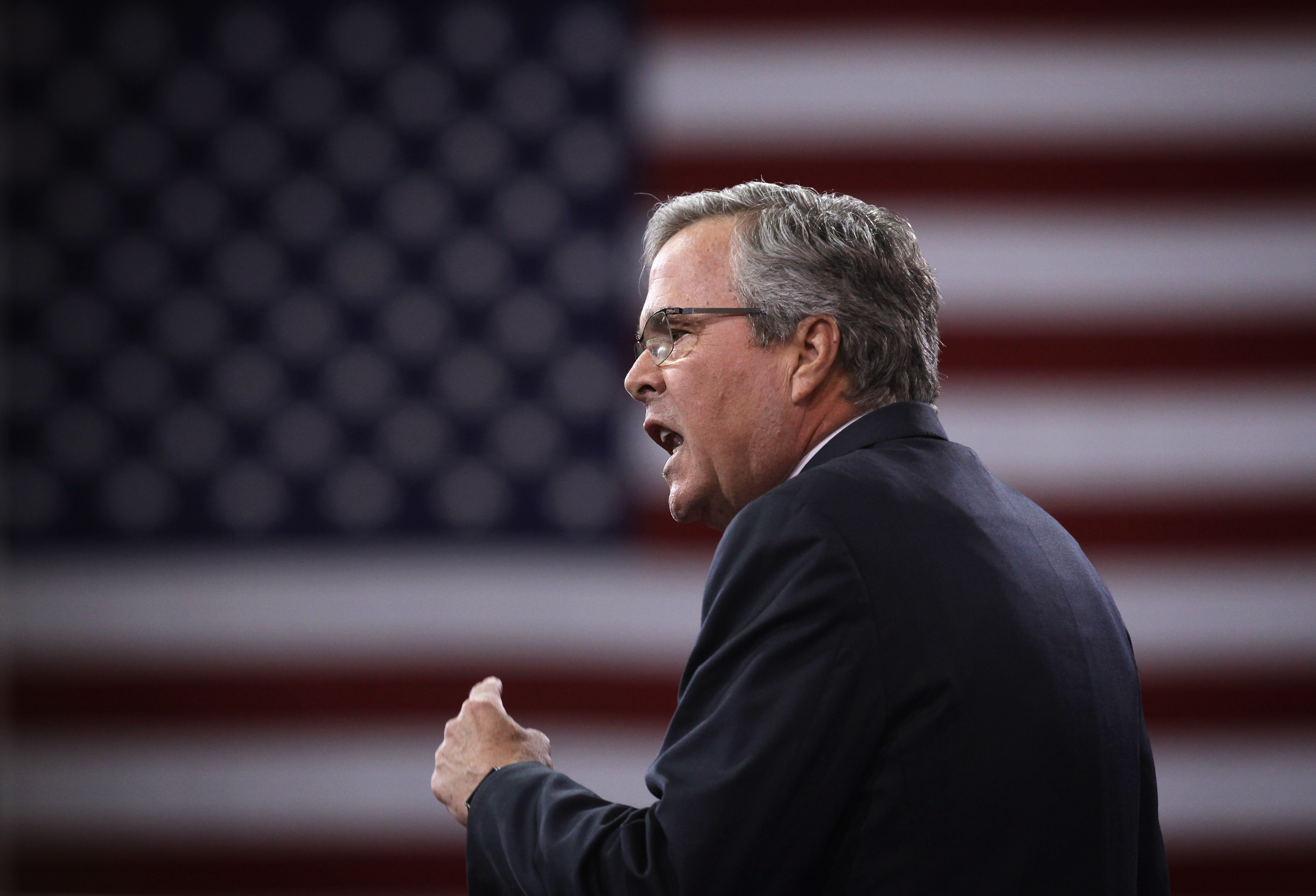 DES MOINES, Iowa -- Jeb Bush is preparing to embark on an experiment in presidential politics: delegating many of the nuts-and-bolts tasks of seeking the White House to a separate political organization that can raise unlimited amounts of campaign cash.

The concept, in development for months as the former Florida governor has raised tens of millions of dollars for his Right to Rise super PAC, would endow that organization not just with advertising on Bush's behalf, but with many of the duties typically conducted by a campaign.

Should Bush move ahead as his team intends, it is possible that for the first time a super PAC created to support a single candidate would spend more than the candidate's campaign itself - at least through the primaries. Some of Bush's donors believe that to be more than likely.

The architects of the plan believe the super PAC's ability to raise unlimited amounts of money legally outweighs its primary disadvantage, that it cannot legally coordinate its actions with Bush or his would-be campaign staff.

"Nothing like this has been done before," said David Keating, president of the Center for Competitive Politics, which opposes limits on campaign finance donations. "It will take a high level of discipline to do it."

The exact design of the strategy remains fluid as Bush approaches an announcement of his intention to run for the Republican nomination in 2016. But at its center is the idea of placing Right to Rise in charge of the brunt of the biggest expense of electing Bush: television advertising and direct mail.

Right to Rise could also break into new areas for a candidate-specific super PAC, such as data gathering, highly individualized online advertising and running phone banks. Also on the table, tasking the super PAC with crucial campaign endgame strategies: the operation to get out the vote and efforts to maximize absentee and early voting on Bush's behalf.

The campaign itself would still handle those things that require Bush's direct involvement, such as candidate travel. It would still pay for advertising, conduct polling and collect voter data.

Bush's plans were described to The Associated Press by two Republicans and several Bush donors familiar with the plan, who spoke on condition of anonymity because the former Florida governor has not yet announced his candidacy.

Bush spokeswoman Kristy Campbell said: "Any speculation on how a potential campaign would be structured, if he were to move forward, is premature at this time."

The strategy aims to take maximum advantage of the new world of campaign finance created by a pair of 2010 Supreme Court decisions and counts on the Federal Election Commission to remain a passive regulator with little willingness to confront those pushing the envelope of the law.

For Bush, the potential benefits are enormous. Campaigns can raise only $2,700 per donor for the primary and $2,700 for the general election. But super PACs are able to raise unlimited cash from individuals, corporations and groups such as labor unions.

The main limitation on super PACs is that they cannot coordinate their activities with a campaign. The risk for Bush is that his super PAC will not have access to the candidate and his senior strategists to make pivotal decisions about how to spend the massive amount of money it will take to win the Republican nomination and, if successful, secure the 270 electoral votes he will need to follow his father and brother into the White House.

Super PACs got their start in presidential politics when former aides to GOP nominee Mitt Romney set one up to support him at the outset of the 2012 campaign. The group, called Restore Our Future, raised and spent more than $142 million. By comparison, his formal campaign raised $446 million.

The primary complication is the ban on coordination. For example, if the campaign decided to change its focus from one issue to another, it could not share that decision with the super PAC.

One way Bush is already addressing the coordination ban is by frontloading his efforts inside Right to Rise. Because he is not yet a candidate, he can now spend time raising money for the super PAC and take part in strategic campaign planning under its auspices.

Critics also believe that coordination can take place surreptitiously, and such illegal activity isn't punished by an FEC comprised of three Democratic and three Republican members unable to agree on most anything.

Former FEC commissioner Scott Thomas, a Democrat, doubts the Justice Department would ever look at such a case because the FEC has been so precise in detailing what is allowed and what is not.

"You'd have to show a true smoking gun, showing the candidate controlling the campaign and the super PAC," said Thomas, a lawyer now in private practice in Washington. He can't see campaign operatives being that clumsy: "It would have to be a smoking gun left by someone who had the intelligence of an advanced fern."