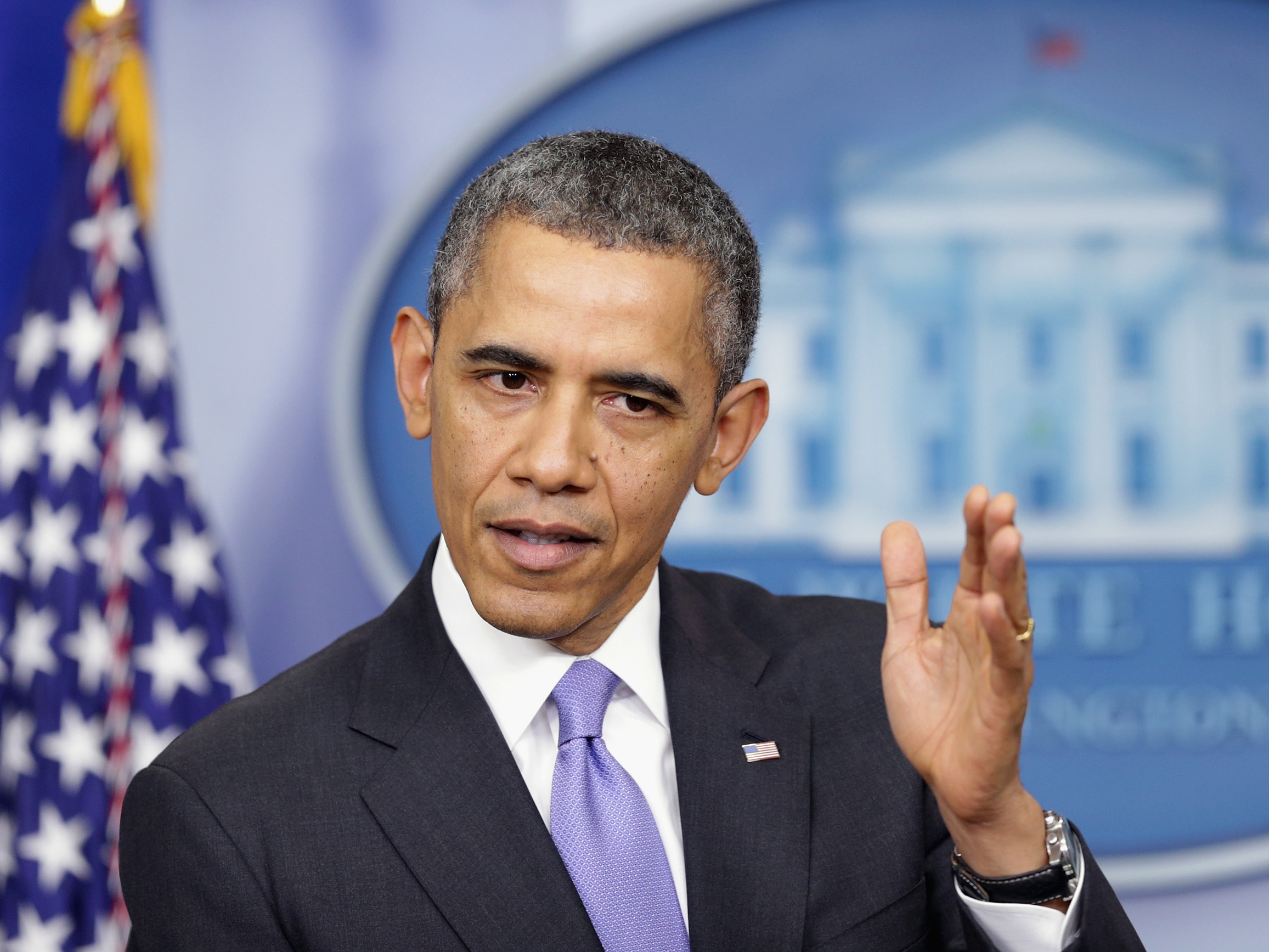 President Obama took a swipe at Russia's record on gay rights Friday, explaining that the group he chose to be in the U.S. delegation to the upcoming Winter Olympics was chosen partly because the U.S. doesn't "make distinctions on the basis of sexual orientation."
"I think the delegation speaks for itself. You got outstanding Americans, outstanding athletes, people who who will represent us extraordinarily well," Mr. Obama said during his year-end news conference at the White House.
"The fact that we have got folks like Billie Jean King or Brian Boitano who themselves have been world-class athletes that everybody acknowledges for their excellence, but also for their character, who also happen to be members of the LGBT community, you should take that for -- for what it's worth, that when it comes to the Olympics and athletic performance, we do not make distinctions on the basis of sexual orientation," he continued.
"We judge people on how they perform, both on the court, and off the court, on the field, and off the field," he said. "And that is a value that I think is at the heart of not just America, but American sports."
The president's comments come months after the Russian government came under fire for new anti-gay laws signed in the run-up to the Olympics, which are taking place in Sochi, Russia, in February.
Last June, Russian President Vladimir Putin signed a law that bans "propaganda of nontraditional sexual relations" and imposes fines on those holding gay pride rallies.
In August, Russia's Sports Minister Vitaly Mutko said that all athletes' rights would be respected during the Olympics but also said athletes would "have to respect the laws of the country."

In an earlier interview with the sports division of Russia's RIA Novosti news agency, Mutko said "an athlete of nontraditional sexual orientation isn't banned from coming to Sochi, but if he goes out into the streets and starts to propagandize, then of course he will be held accountable."

Mr. Obama, who won't be attending the Olympics, explained that there's no ulterior motive for his decision not to go to Sochi other than that it would be difficult to do so "at a time when we have got all of the stuff that people have been talking about," specifically NSA leaker Edward Snowden's temporary asylum in Russia.
"Although, I would love to do it," he added. "I'll be going to a lot of Olympic games post-presidency."
View CBS News In
CBS News App Open
Chrome Safari Continue