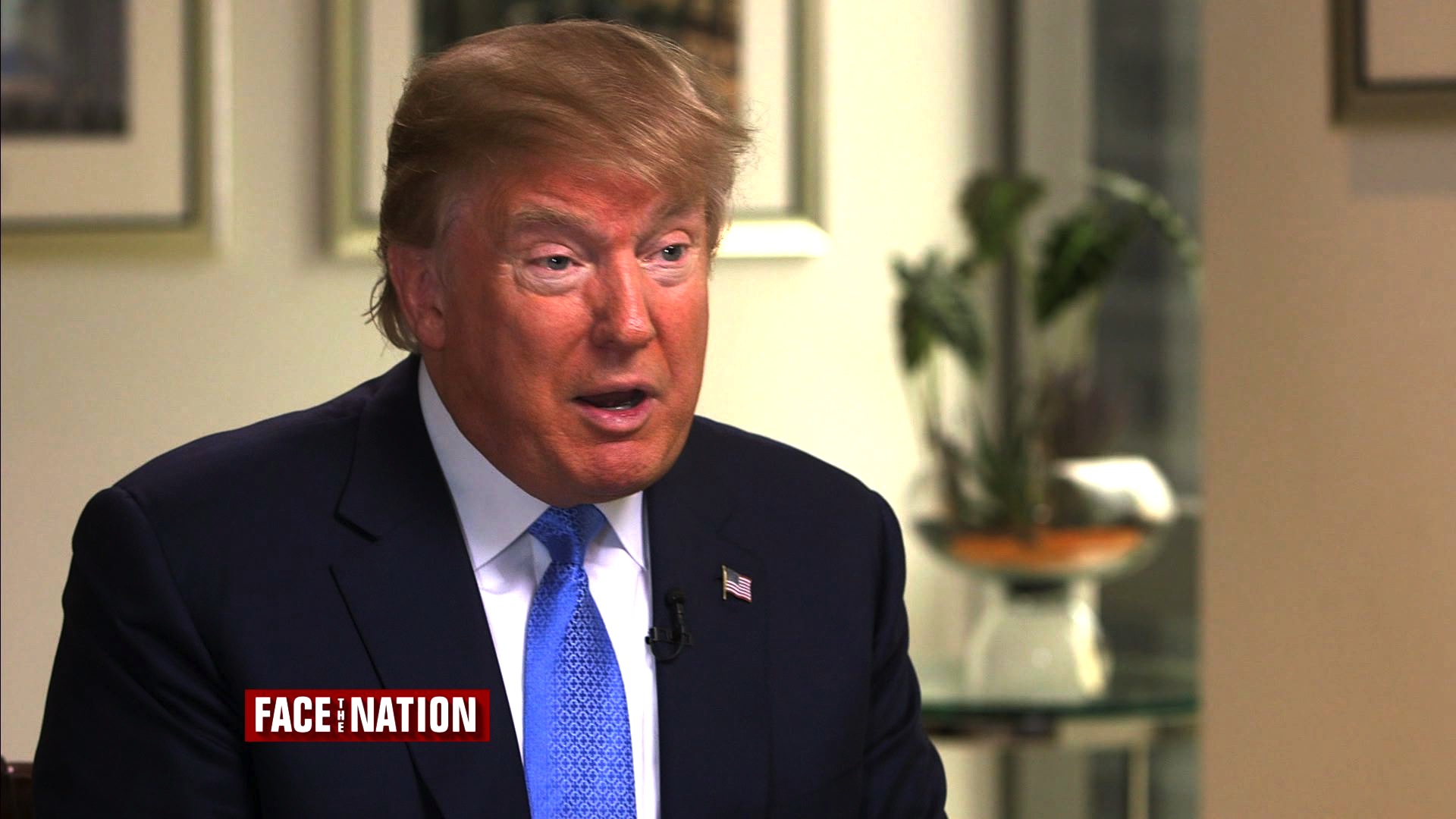 "Face the Nation" asked Trump in a recent interview how he plans to pay for his sprawling agenda.

"We're going to expand the economy incredibly," he replied. "And I'm taking our jobs back from China, from Japan, from Mexico, from all of these countries that have just ripped us like never before."

"You know, if you go downstairs right under this floor, you have the biggest bank in the world, it's the China bank," Trump said in the interview, which was recorded in Trump Tower, a skyscraper bearing Trump's name in Manhattan. "I know all about China. I know more about China than probably most people, okay? I deal with them a lot between buying apartments for $25 to $50 million and tenants, let me just tell you....I respect China and I respect their leaders. Our leaders just aren't smart enough to handle them. China has created one of the great thefts in the history of the world with what they've done to our country. We're going to bring jobs back to this country. We're going to become a successful country again."

"But you're going to have to cut something," replied "Face the Nation" host John Dickerson. "So what are you going to cut?"

Trump did not specify exactly how he would eliminate waste, fraud, and abuse in entitlement programs while still shielding beneficiaries from any cuts.

When Dickerson asked Trump why many economic experts are skeptical Trump can find enough spending cuts to offset his proposed tax reductions, Trump brushed aside the doubters.

"They don't believe that we're going to be able to expand to the extent that we're expanding," he said, "And I'm telling you we will be."

"When you make a deal with China -- if I'm a manufacturer, if I want to sell something to China, number one, it's impossible to get it over there. But if you do, you're going to pay a massive tax," he explained. "We don't treat them properly. We have to do the same thing to them. When you start charging tariffs, which they do, and I don't want to do that. I'm a big free trader. I believe in free trade. But we don't have free trade. We have stupid trade. When you start doing and bringing these countries, and I bring Carl Icahn and all of my friends that are the greatest negotiators in the world, and I bring them in, and you start equalizing, you know how much we lose with China each year in trade...imbalance? You know what we lost last year? Almost $400 billion. Okay? When you start hearing those numbers, all of a sudden you say, 'Wow, you know what, this starts to work.'"