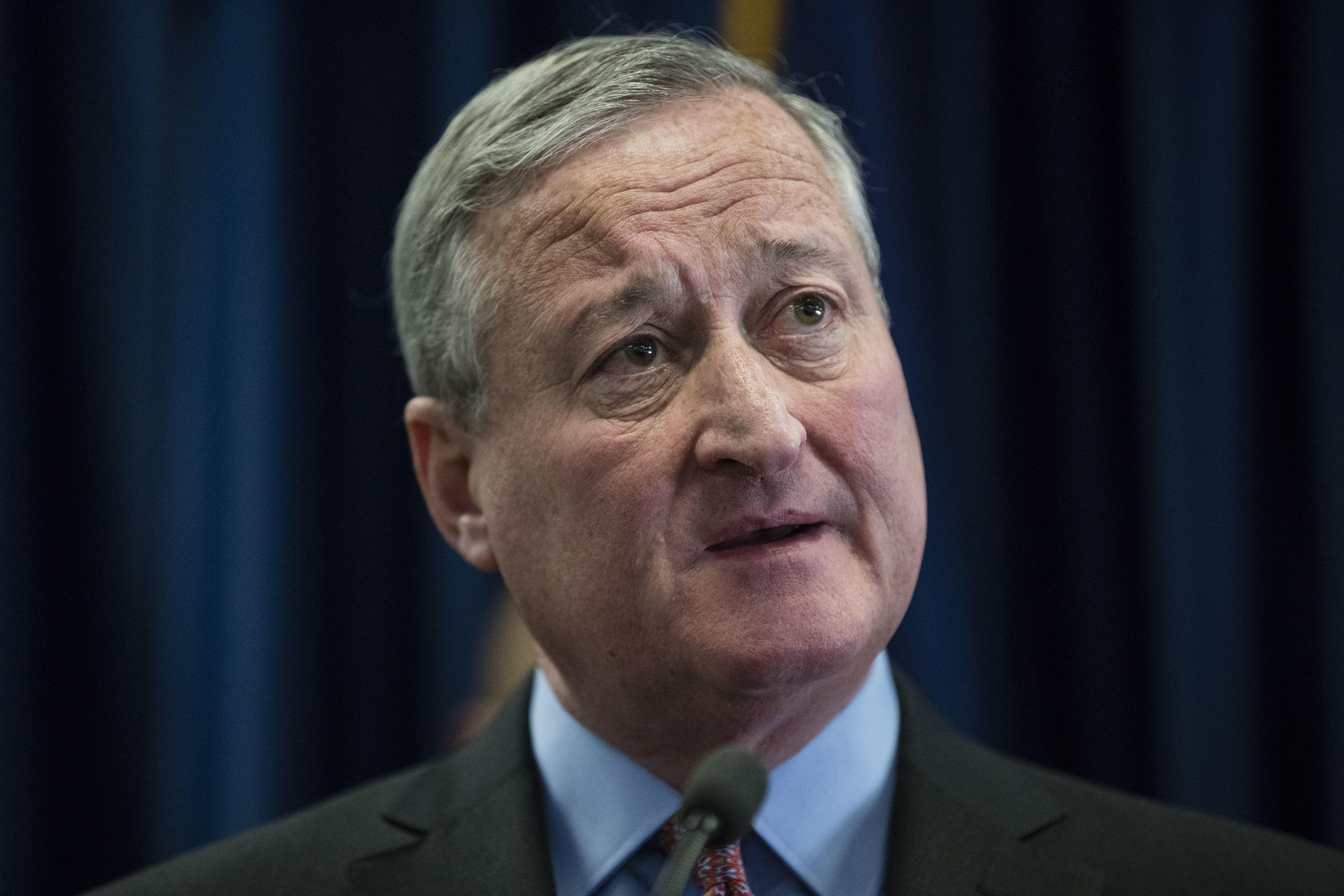 Philadelphia Mayor Jim Kenney called President Trump a "tyrant" who "is trying to turn this country into a dictatorship." The mayor made the comments on CBSN on Tuesday morning after the White House disinvited the Philadelphia Eagles from a celebration for the team's Super Bowl victory.

Kenney told CBSN's Vladimir Duthiers that the president "allies himself with strongmen around the world" and seemed to be "more comfortable" with Russian President Vladimir Putin and North Korean leader Kim Jong Un.

On Monday night, the White House abruptly canceled a celebration for the Eagles' victory over the New England Patriots in Super Bowl LII. But Kenney said that won't stop Philadelphia from celebrating its team.

"Donald Trump ruins a lot of things, he can't ruin this," the mayor said.

The White House's public explanation for why the event was canceled prompted some pushback.

"They disagree with their President because he insists that they proudly stand for the National Anthem, hand on heart, in honor of the great men and women of our military and the people of our country," Mr. Trump said in a statement issued by the White House. "The Eagles wanted to send a smaller delegation, but the 1,000 fans planning to attend the event deserve better."

Duthiers noted on CBSN that although one Eagles player kneeled for the anthem during the preseason, he was eventually cut from the team and none of the players who made the team kneeled during the anthem last season.

On Monday, Eagles wide receiver Torrey Smith, who had said that he planned to skip the visit, responded with a series of tweets disputing the president's claims.

"So many lies," he wrote, adding, "Not many people were going to go."

A source close to the players said that less than 10 Eagles committed to attending the White House event, CBS News' Arden Farhi reports.

On Tuesday, White House press secretary Sarah Huckabee Sanders said that 80 members of the Eagles organization had committed to attend the event as of Friday and then the team attempted to reschedule.

"If this wasn't a political stunt by the Eagles franchise, then they wouldn't have planned to attend the event and then backed out at the last minute," Sanders said.

Kenney said he didn't receive an explanation from the White House for the cancellation.

"I don't hear from the White House on anything other than when we're suing them to keep them from defunding us because we're a welcoming sanctuary city," Kenney said.

Still, the mayor said the cancellation wasn't exactly a surprise.

"I wasn't shocked that he did that, but I was also kind of happy he did it because I didn't want this team to be disunited over this issue," Kenney said. "If he banned all of them from coming, then all of them as a team won't come. If that didn't happen, then some would have gone, some would have not gone, and hopefully that wouldn't have bled over into the locker room this season. So we can live without Donald Trump when we go after our second Super Bowl."

The White House still held an event Tuesday afternoon but billed it as a "Celebration of America." Mr. Trump said on Twitter that the United States Marine Band and the U.S. Army Chorus would perform.