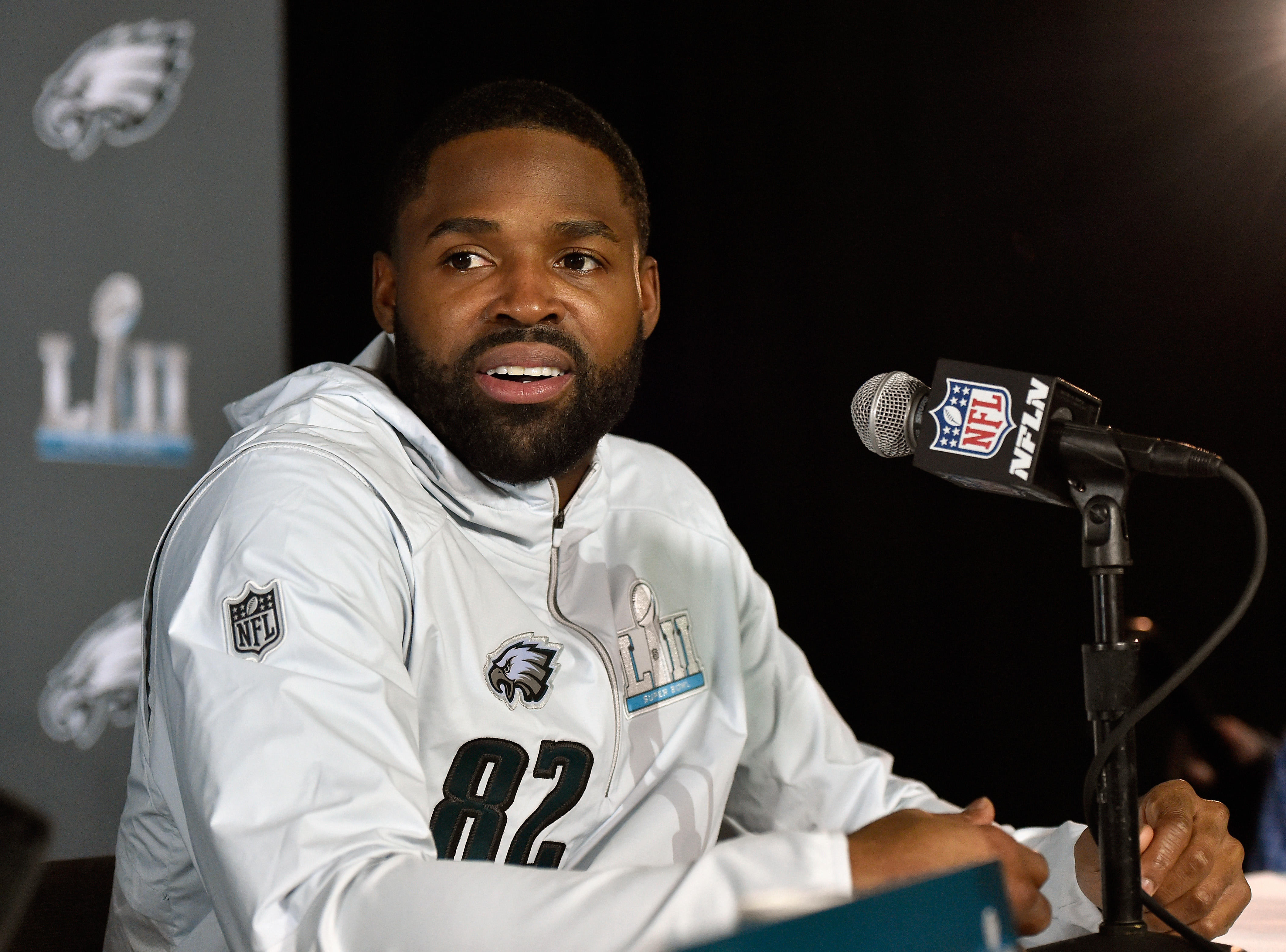 Hours after President Trump called off a visit to the White House by the Philadelphia Eagles, one of the team's Super Bowl-winning players issued a fact check of sorts. The invitation was canceled over what Mr. Trump says is a disagreement on standing during the national anthem.

But wide receiver Torrey Smith, who said previously that he planned to skip the visit, responded with a series of tweets, disputing the president's rationale.

"So many lies," he wrote, adding, "Not many people were going to go."

Indeed, before and after the Super Bowl in February, several Eagles players discussed skipping the White House ceremony. A source close to the players told CBS News that fewer than 10 players committed to attending the White House event.

Smith, who played on the Philadelphia team before being traded to the Carolina Panthers in March, disputed the president's central argument – that Eagles players took a knee in protest during the season.

None of the Eagles took a knee during the anthem in 2017. Cornerback Ron Brooks did take a knee in a preseason game, but he was cut by the team, so he never played a regular season game.

Smith added: "No one refused to go simply because Trump 'insists' folks stand for the anthem. ... The President continues to spread the false narrative that players are anti military."

He went on: "There are a lot of people on the team that have plenty of different views. The men and women that wanted to go should've been able to go. It's a cowardly act to cancel the celebration because the majority of the people don't want to see you. To make it about the anthem is foolish."

The NFL Players Association weighed in on Tuesday morning, saying the president's decision to disinvite players "led to the cancellation of several player-led community service events for young people in the Washington, DC area."

Meanwhile, the Eagles posted a statement, saying they are "grateful for all of the support we have received and we are looking forward to continuing our preparations for the 2018 season."

The announcement was the latest signal that tensions remain high around the NFL protests that began in 2016 when San Francisco 49ers quarterback Colin Kaepernick began silently kneeling on the sidelines while the anthem played. Kaepernick's protest was an effort to raise awareness around systemic racism and, specifically, the killing of black men by police.

He was soon joined by teammate Eric Reid. Both Reid and Kaepernick have filed grievances against the NFL and remain unsigned since their contracts with the 49ers expired.

Last season, Vice President Mike Pence left the 49ers game against the Indianapolis Colts after about a dozen San Francisco players took a knee during the anthem. Pence, who left before kickoff, tweeted soon afterward, "I left today's Colts game becaue POTUS and I will not dignify any event that disrespects our soldiers, our Flag, or our National Anthem."

Mr. Trump has repeatedly decried the players' protest, referring to them as "sons of bitches" who should be fired at a rally for supporters in Alabama last year. Last month, the NFL announced a new policy - praised on Twitter by both Mr. Trump and Pence - requiring players to stand for the anthem if they're on the field before a game.

During an interview after the new NFL policy was announced, Mr. Trump praised the league for doing "the right thing."

Late Monday, Mr. Trump added on Twitter: "Staying in the Locker Room for the playing of our National Anthem is as disrespectful to our country as kneeling. Sorry!"

Early Tuesday, the president again brought up the issue in a tweet promoting a performance by the United States Marine Band.

Last week, Eagles safety Malcolm Jenkins said he would not attend the ceremony because he didn't want to be part of a photo op and wanted "to avoid being used as any kind of pawn."

In addition to Jenkins, defensive end Chris Long was the most outspoken player against going. Quarterback Carson Wentz had planned to attend.

"This is a fear of the diminished bottom line," Long said last month. "It's also fear of a president turning his base against a corporation. This is not patriotism. Don't get it confused. These owners don't love America more than the players demonstrating and taking real action to improve it."

Jenkins has vowed to carry on the cause.

"I will not let it silence me or stop me from fighting," he said recently. "This has never been about taking a knee, raising a fist or anyone's patriotism, but doing what we can to effect real change for real people."

"I'm proud of what the Eagles accomplished this year. I'm skipping this political stunt at the White House and just invited the Eagles to Congress. Eagles How about a tour of the Capitol?" he wrote.

White House legislative director Marc Short said in an appearance on CNN that he didn't know who had canceled on whom, but said, "It's unfortunate when politics gets in the middle of this."