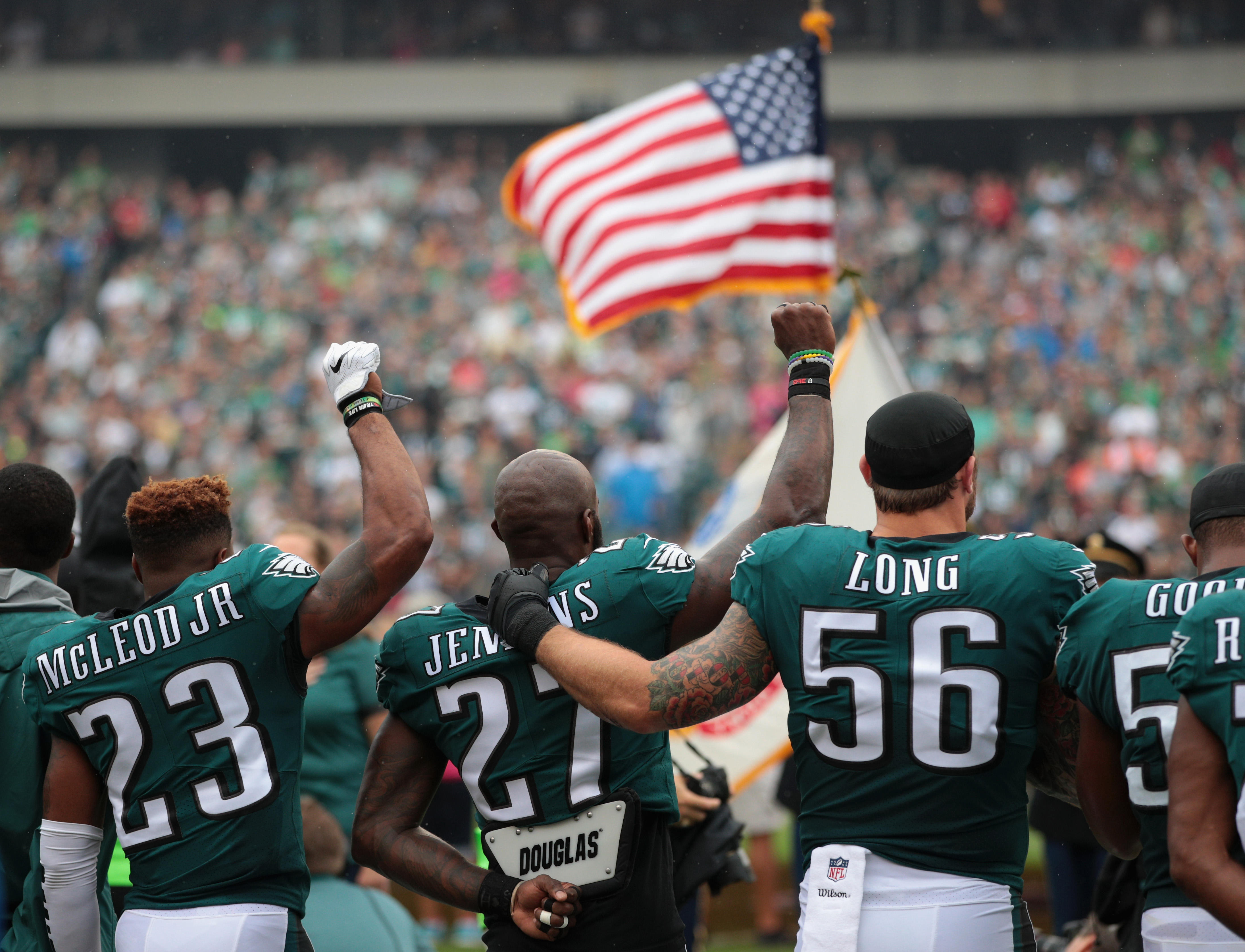 President Trump has disinvited the Super Bowl champion Philadelphia Eagles from their planned visit Tuesday to the White House. The invitation was canceled over what Trump says is a disagreement on standing during the national anthem. In response, Philadelphia Mayor Jim Kenney said Mr. Trump's decision "only proves that our president is not a true patriot, but a fragile egomaniac."

Mr. Trump issued a statement Monday evening saying the full NFL team would not be coming after several players indicated they wouldn't participate.

"They disagree with their president because he insists that they proudly stand for the National Anthem, hand on heart, in honor of the great men and women of our military and the people of our country," the statement said.

The Eagles posted a statement in response saying they are "grateful for all of the support we have received and we are looking forward to continuing our preparations for the 2018 season."

Soon after, Mr. Trump then took to Twitter reiterating that "only a small number of players decided to come, and we canceled the event" and added "staying in the locker room for the playing of our national anthem is as disrespectful to our country as kneeling."

The National Football League adopted a new policy last month requiring players to stand for the National Anthem or face fines. The league came under intense pressure from the president last season when players knelt to protest police brutality and racism.

Mr. Trump said the team wanted to send a "smaller delegation" of players but fans attending the event "deserve better."

"These fans are still invited to the White House to be part of a different type of ceremony -- one that will honor our great country, pay tribute to the heroes who fight to protect it, and loudly and proudly play the national anthem," it said.

Kenney's statement said that the Eagles team "embodies everything that makes our country and our city great" and that the players "represent the diversity of our nation -- a nation in which we are free to express our opinions."

"Disinviting them from the White House only proves that our president is not a true patriot, but a fragile egomaniac obsessed with crowd size and afraid of the embarrassment of throwing a party to which no one wants to attend," Kenney added.

Some Democratic members of Congress from Pennsylvania reacted to the president's announcement by inviting the team to visit the Capitol instead. Sen. Bob Casey said he would be skipping the revised event.

Before and after the Super Bowl in February, several Eagles players discussed skipping the White House ceremony typically held for champions of professional and collegiate American sports leagues.