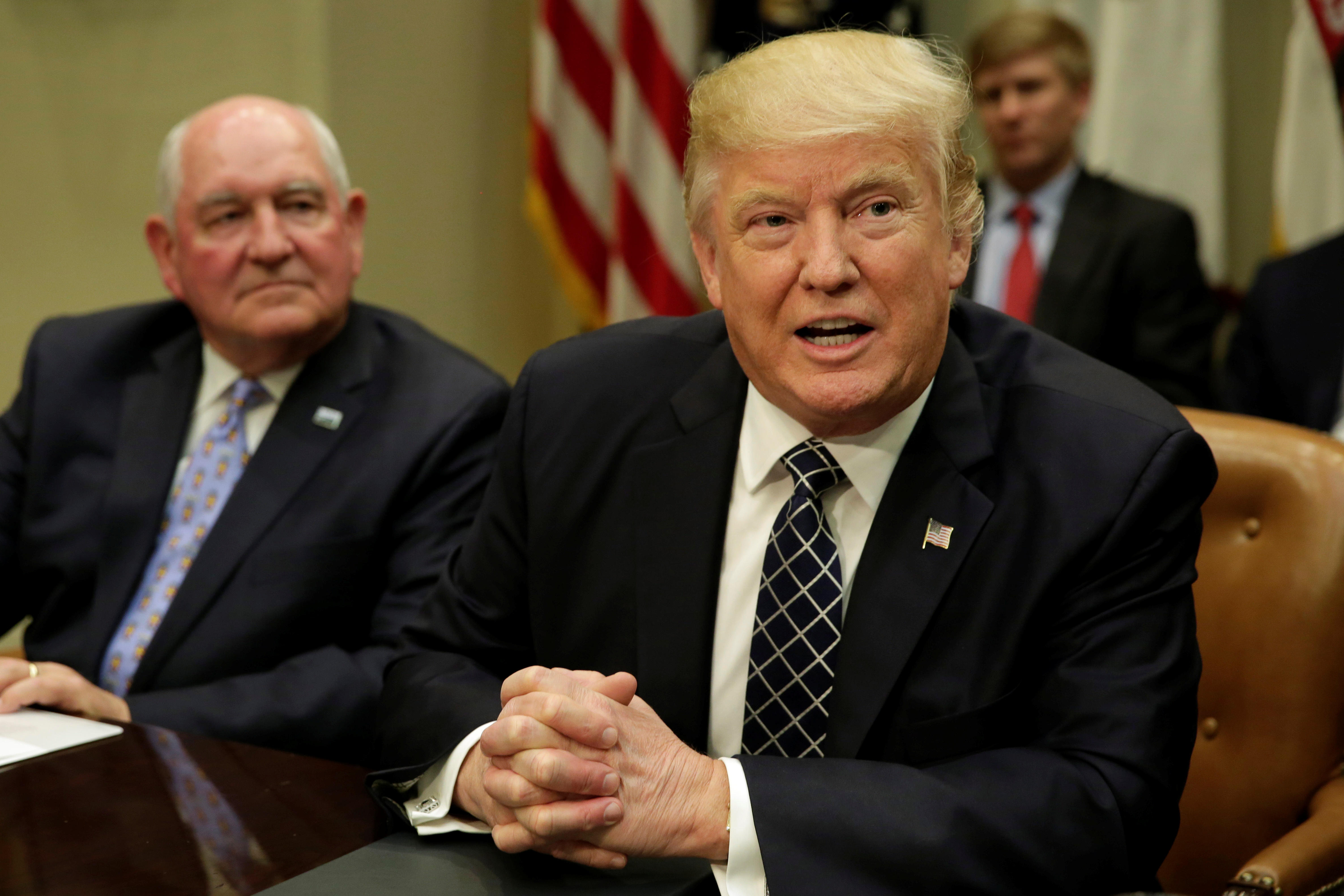 President Trump is expected to find a loyal audience Monday to hear his speech to the American Farm Bureau Federation's Annual Convention in Nashville, where he will push for rural prosperity and tout solutions proposed by a task force that include increasing internet connectivity for rural America.

A new report from the task force, however, also argues for robust access to global markets, and could put Mr. Trump further at odds with the rural community which has by and large been favorable to trade agreements he has not backed, such as the North American Free Trade Agreement (NAFTA).

"(The report) is proposing the robust need to be sure that rural American agriculture is very fairly treated and has access to global markets," a senior administration official  from outside the White House told reporters Friday, without saying how exactly that might impact the United States' trade negotiations with Canada and Mexico on NAFTA.

Rural America includes 72 percent of the nation's land and 46 million people, according to the U.S. Department of Agriculture. The task force, chaired by Secretary of Agriculture Sonny Perdue, is the product of President Trump's April 2017 executive order to establish such a body to examine the challenges faced by this group of Americans.

Trade is a top concern.

"Based on fair trade principles, international market access must be aggressively pursued and supported," the report argues. "American agriculture needs and deserves policies that support and build on this success -- by opening markets abroad; by ensuring fair and science-based regulatory treatment for American products of all kinds; and by implementing strong enforcement policies that hold trading partners to their commitments."

President Trump has disparaged various trade agreements in the past that he does not feel put "America first," and therefore leave the American worker behind. Just days into his presidency, Mr. Trump formally withdrew the United States from the Transpacific Partnership -- a trade deal with 11 other countries that he often described as a job killer.  As recently as August 23, 2017, the president said NAFTA was "one of the worst deals anybody in history has ever entered into."

It remains unclear whether the United States will pull out of the agreement altogether, but that is something President Trump has publicly threatened in the past.

"Trade will be on the mind of folks in the room on Monday, and I think you'll hear the President touch upon that," a senior administration official said. "I think the takeaway is that what we have said all along, throughout the administration with regard to trade, is that this president wants to end the day with agreements and with a standard that is more efficient for markets, that is less distorted, and that gives not only our farmers but our manufacturers and others that participate in the trade economy a fair platform."

"If we're able to do that, regardless of what strategies the president employs to get there -- at the end of the day, if those three things happen, then the first person to benefit from that, in my view, is going to be the American farmer," the official added.

Perdue is also slated to address the convention. He is expected to praise President Trump for his "relentless commitment" to helping rural Americans, and discuss how the report was developed, according to an administration official familiar with his remarks.