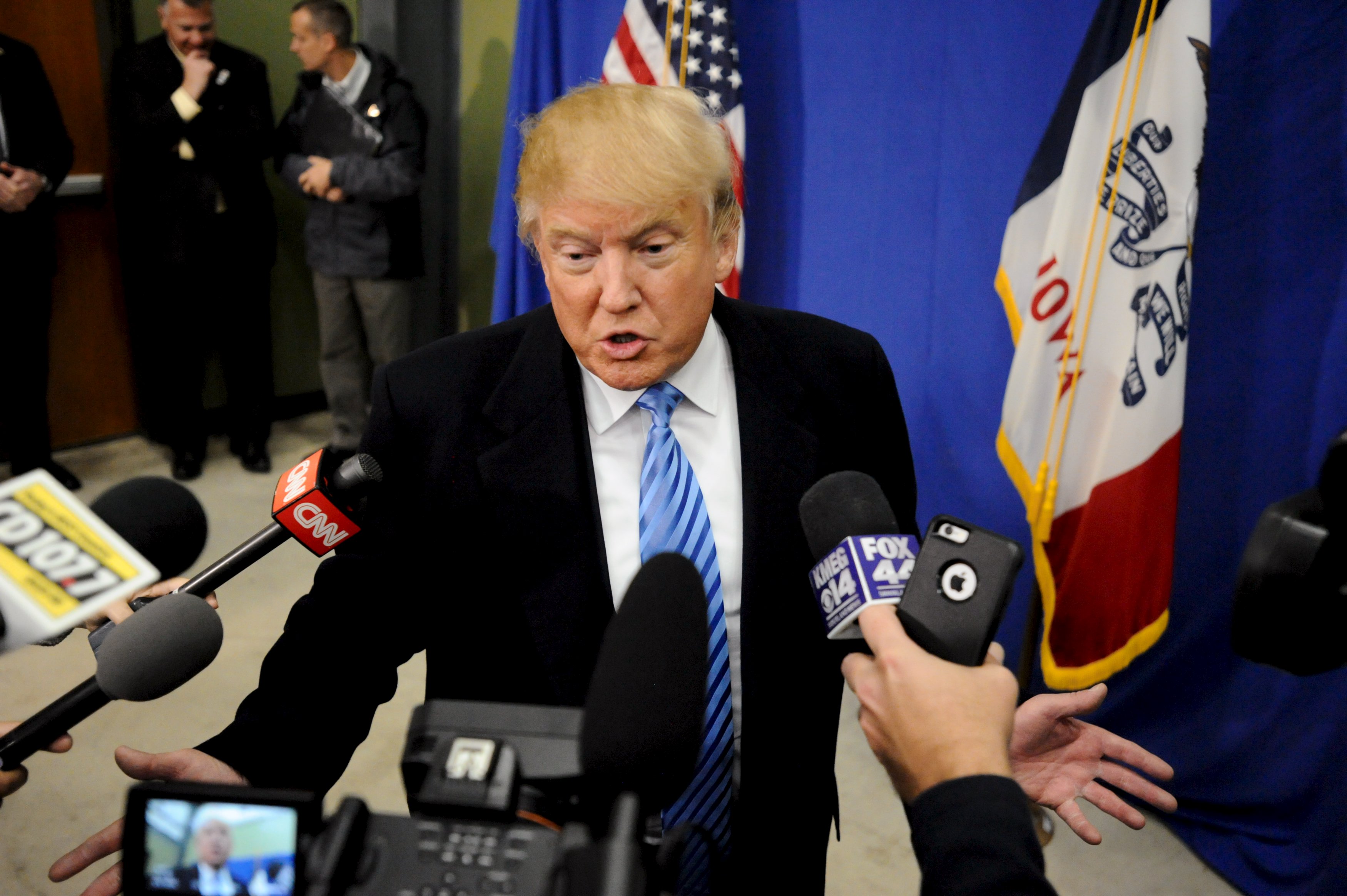 After this week's massacre of over a dozen people at a social services center in San Bernardino, California, Donald Trump is floating an alternative to recent calls for gun control: Arm people with more guns.

"I feel very strongly that people in this country -- and actually the world -- need protection," the Republican presidential candidate told reporters ahead of a campaign rally in Spencer, Iowa, on Saturday.

When pressed by CBS News' Kylie Atwood on the newspaper's charge that all shooting sprees are acts of terrorism, Trump responded: "You could look at it that way, but this was certainly -- when you look at this, this was extremists. This was Muslim extremists, and this is a real problem, and this is certainly terrorism at a high level."

Trump's response comes just a day after the FBI announced it would investigate Wednesday's rampage as an act of terrorism. Sources told CBS News on Friday the female attacker had pledged allegiance online to the leader of the Islamic State of Iraq and Syria (ISIS) before the attack began.

The billionaire businessman also pushed for authorities to examine more closely the families of Syed Rizwan Farook and Tashfeen Malik, the married couple that carried out the mass shooting in California.

"We have to start looking at families now. We have to look at them very tough," Trump said. "I believe that the sister of the killer -- I watched her interviewed -- I think she knew what was going on."

Later, speaking to a crowd of about 1,500 enthusiastic rally attendees, Trump said the San Bernardino shooters were "chickens***," saying that they left the scene because they did not want to get killed. The comment received raucous applause from the audience.

Trump also made a point to commend the police who responded to the shooters.

"They did not get enough credit," he said of the officers, noting that they killed the shooters and got to the scene within minutes.

Repeating his earlier statements about arming more people, Trump said that the "bad guys" would have been killed if more people had guns on their belts, their shins or in their jackets.

Trump supporters at the Iowa rally agreed with the sentiment.

Nicholas Lanners, who drove three hours from South Dakota to be at the event, said his views on guns aligned with Trump's.

He said civilians should be armed, "not necessarily to kill [attackers] but to shoot time in the foot and prevent them from killing more -- instead of being a coward and running and saying, 'I hope you don't get killed.'"