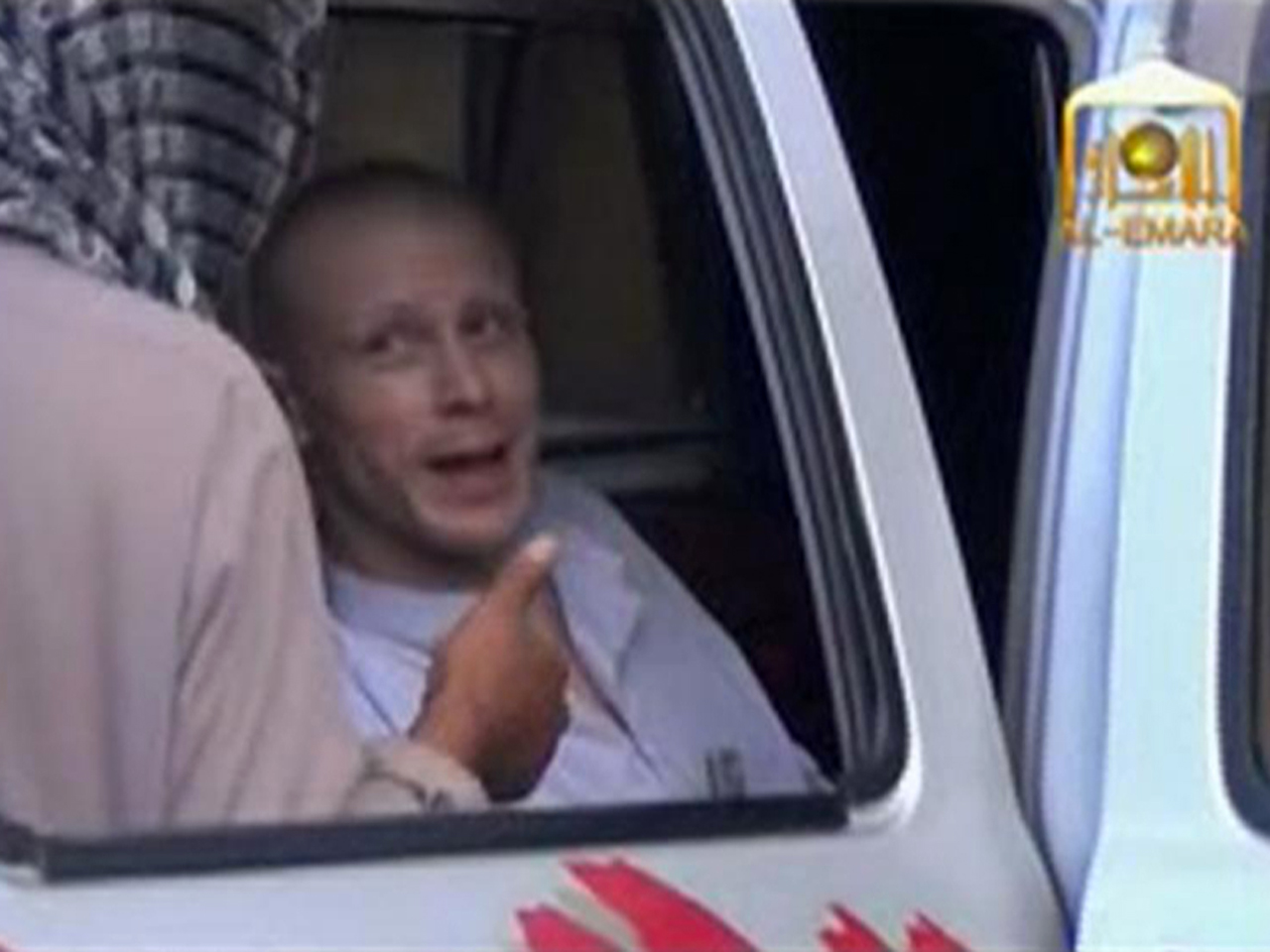 PARIS - Sgt. Bowe Bergdahl has told people treating him at a U.S. military medical facility in Germany that he was tortured, beaten and held in a cage by his Taliban captors in Afghanistan after he tried to escape on at least two occasions, a senior U.S. official said Sunday.

The official spoke on condition of anonymity because he was not authorized to discuss what Bergdahl has revealed about the conditions of his captivity.

The official said it was difficult to verify the accounts Bergdahl has given since his release a week ago. Bergdahl told his captors the cage he was kept in for a time was made of metal, and completely dark.

Bergdahl, now 28, was captured in June 2009 after he disappeared from his infantry unit. He was held for nearly five years by Taliban militants.

The New York Times reported Sunday that military doctors at the Landstuhl Regional Medical Center in Germany say that while Bergdahl is physically able to travel he's not yet emotionally prepared to be reunited with his family. He has not yet spoken to his family.

Officials also told the New York Times about concerns they have regarding "media exposure."

The deal, which the White House brokered without consulting Congress, ignited a political firestorm that shows no signs of abating.

Lawmakers, both Republicans and Democrats, who initially praised Bergdahl's release, quickly backed off amid questions about whether he was a deserter who walked away from his post and an outcry over the exchange. Meanwhile, the administration has been mounting a concerted effort to push back on its critics. Some of Bergdahl's fellow soldiers maintain that Americans died during efforts to find and save him.

On Wednesday, Bergdahl's hometown of Hailey, Idaho, abruptly canceled plans for a welcome-home celebration, citing security concerns. And on Saturday, the FBI said Bergdahl's family had received threats that are being investigated by federal, state and local authorities.

The military has already conducted at least one officials investigation into Bergdahl's disappearance. One of the officers who conducted the investigation interviewed many of the same soldiers who are now calling him a deserter. They described him as always on time, dressed in proper uniform and courteous, a little quirky "but not freaky."

The investigating officer could not reach any definite conclusions about what Bergdahl was thinking when he disappeared for good, but he speculated that the good soldier was simply "bored" with the routine of standing guard.

The investigating officer also found evidence of a poorly run unit. For instance, there was inconsistent accounting for sensitive equipment such as night-vision goggles.

He also found gaps in the perimeter set up to guard the outpost, gaps which Bergdahl took advantage of on the night of his disappearance.