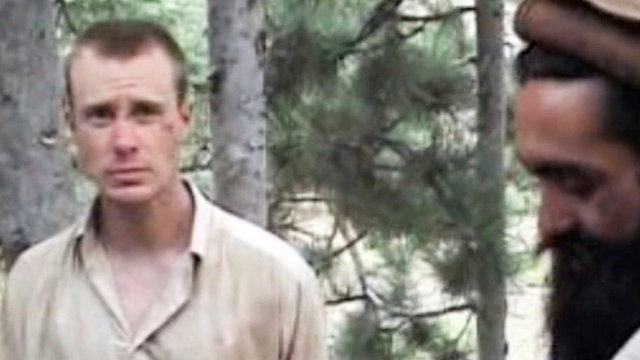 With lawmakers in both parties raising concerns about the return of Sgt. Bowe Bergdahl from Taliban captivity in exchange for five Taliban-affiliated detainees at Guantanamo Bay, the administration is mounting a concerted effort to push back on its critics.

During a breakfast sponsored by the Christian Science Monitor on Friday, John Podesta, a senior counselor to President Obama, tried to allay fears that the freed detainees would immediately return to the battlefield, saying the U.S. has ways to keep tabs on their movement.

The detainees are currently in Qatar, where they will remain under a travel ban for one year, but Podesta said the administration has the ability "to monitor them beyond what Qatar is doing."

He alluded to the vast surveillance system operated by the National Security Agency -- a spying apparatus that has generated considerable controversy of late, but one that could be a useful tool as the U.S. track the detainees in their freedom.

"As you probably know, we have a lot of ways of monitoring what people are up to around the country and around the world," he said. "I think it's fair to say we'll keep an eye on them."

CBS News Senior National Security Analyst Juan Zarate called the swap a "tough call," given the possibility that the detainees could resume their activities with the Taliban, "but I think you do what you can to get your soldier back."

"The problem I have with it, fundamentally, is we did negotiate with terrorists," added Zarate, who was a deputy national security adviser under former President George W. Bush. Zarate suggested the swap could do long-term damage to America's ability to manage hostage or prisoner of war crises in the future.

On Friday, Podesta also rebutted the charge that the administration broke the law by failing to notify lawmakers of the prisoner swap, reiterating that there was reason to believe Bergdahl could have been killed by his captors if his release became public knowledge.

"There was evidence -- or at least there was analysis -- that a premature disclosure could result in the loss of his life," he said.

That line was greeted dubiously by Sen. Dianne Feinstein, D-Calif., the chairwoman of the Senate Intelligence Committee who'd expressed outrage at the fact that she was not consulted about the deal before it was executed.

"I don't think there was a credible threat, but I don't know" Feinstein told Bloomberg News in an interview set to air on Friday."I have no information that there was."

Other critics have raised questions about the circumstances surrounding Bergdahl's capture by the Taliban in 2009, noting that some of Bergdahl's fellow soldiers accused him of being a deserter.

National Security Adviser Susan Rice told CNN that Bergdahl, like all Americans, is "innocent until proven guilty," and that "his side of the story matters too."

"This is a young man whose circumstances we are still going to learn about,'' Rice said on CNN Friday. "He's now being tried in the court of public opinion after having gone through an enormously traumatic five years of captivity, his parents the same."

"There will be an opportunity, and the military has committed, to review the circumstances of his capture,'' she added. "If there is a consequence that results from that, that will be delivered. But in the meantime, let's remember this is a young man who volunteered to serve his country; he was taken as a prisoner of war; he suffered in captivity."