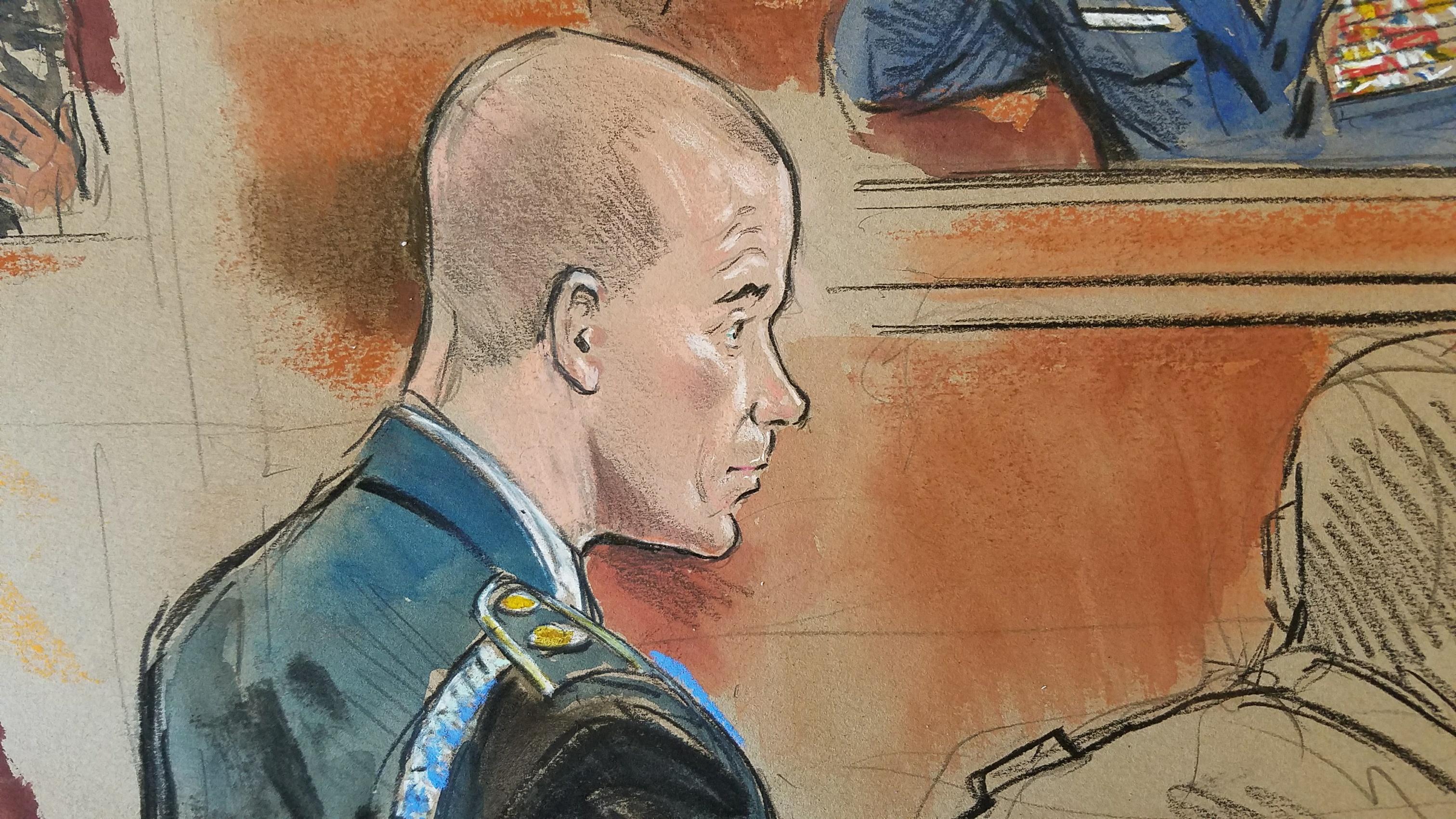 FORT BRAGG, N.C. -- Soldiers and an airman described a shattered hand and a head wound Thursday as prosecutors presented evidence that Army Sgt. Bowe Bergdahl's disappearance endangered those who searched for him.

The testimony came during the sentencing phase for Bergdahl, who faces up to life in prison after he pleaded guilty to desertion and misbehavior before the enemy. Bergdahl was held captive by Taliban allies for five years after abandoning his remote post in 2009.

Several witnesses described a search mission by U.S. and Afghan troops to comb two villages for information related to Bergdahl days after he disappeared.

Among the most vivid testimony came from Jonathan Morita, describing how his hand was shattered by a rocket-propelled grenade. He has since had multiple surgeries and is left without full use of his right hand.

"Right about here is where they sowed on my thumb where it was dangling off," he said, pointing to a picture of sutures displayed on a video monitor.

He said he can't bend his index finger and thumb and had to learn again how to write and brush his teeth with limited mobility in his dominant hand.

He was with a half-dozen U.S. troops that were accompanying a larger group of Afghan soldiers on the July 2009 search mission when they were ambushed by insurgents using small arms, machine guns and explosive projectiles. One rocket-propelled grenade hit Morita's rifle, shattering his hand. A second landed nearby, lodging shrapnel in his left elbow.

"I just thought I was going to definitely die right there in Afghanistan," said Morita, who earned the rank of sergeant before leaving the Army.

After his injury during the firefight, he said he "pulled out a Bible, read a quick verse" and then grabbed a handgun to return fire before a medical helicopter arrived.

Nearby, Master Sgt. Mark Allen suffered a head wound during the ambush. National Guard Staff Sgt. Jason Walters testified that Allen was trying to make a radio call when Walters saw him get hit by a bullet.

"I watched just as a cloud of his blood came out the side of his head," Walters testified.

Walters became emotional when he described tending to his friend's wound.

"I grabbed a pressure bandage, and started. Sorry ma'am," he told a prosecutor before pausing and resuming testimony. "I started treating his wound ... telling him to hang on."

Allen now uses a wheelchair and is unable to speak, requiring assistance for everyday tasks such as getting out of bed. Walters said it was difficult visiting Allen in a hospital after the deployment.

"Seeing him like that is something I don't wish anyone would have to see," he said.

While Bergdahl acknowledged at his plea hearing that his actions triggered the search missions that resulted in the wounds, his lawyers argued Thursday that there's a limit to his responsibility for a lengthy chain of events including others' decisions and enemy fighters.

"Enemy forces were the direct cause of the horrific wounds to Master Sgt. Allen," said Army Maj. Oren Gleich, a defense lawyer.

Allen's wife is expected to testify Monday. Gleich told the judge he believes it's appropriate for her to testify to the wound's effects on Allen himself, but the defense could object if prosecutors steer her toward testimony that goes too far into the impact on his family. The judge, Col. Jeffery R. Nance, said he would have to wait and see what the objections were before weighing in on the defense's stance.

Bergdahl, a 31-year-old soldier from Hailey, Idaho, has said he was caged by his captors, kept in darkness and beaten, and tried to escape more than a dozen times before President Obama brought him home in 2014 in a swap for five Taliban prisoners at Guantanamo Bay.