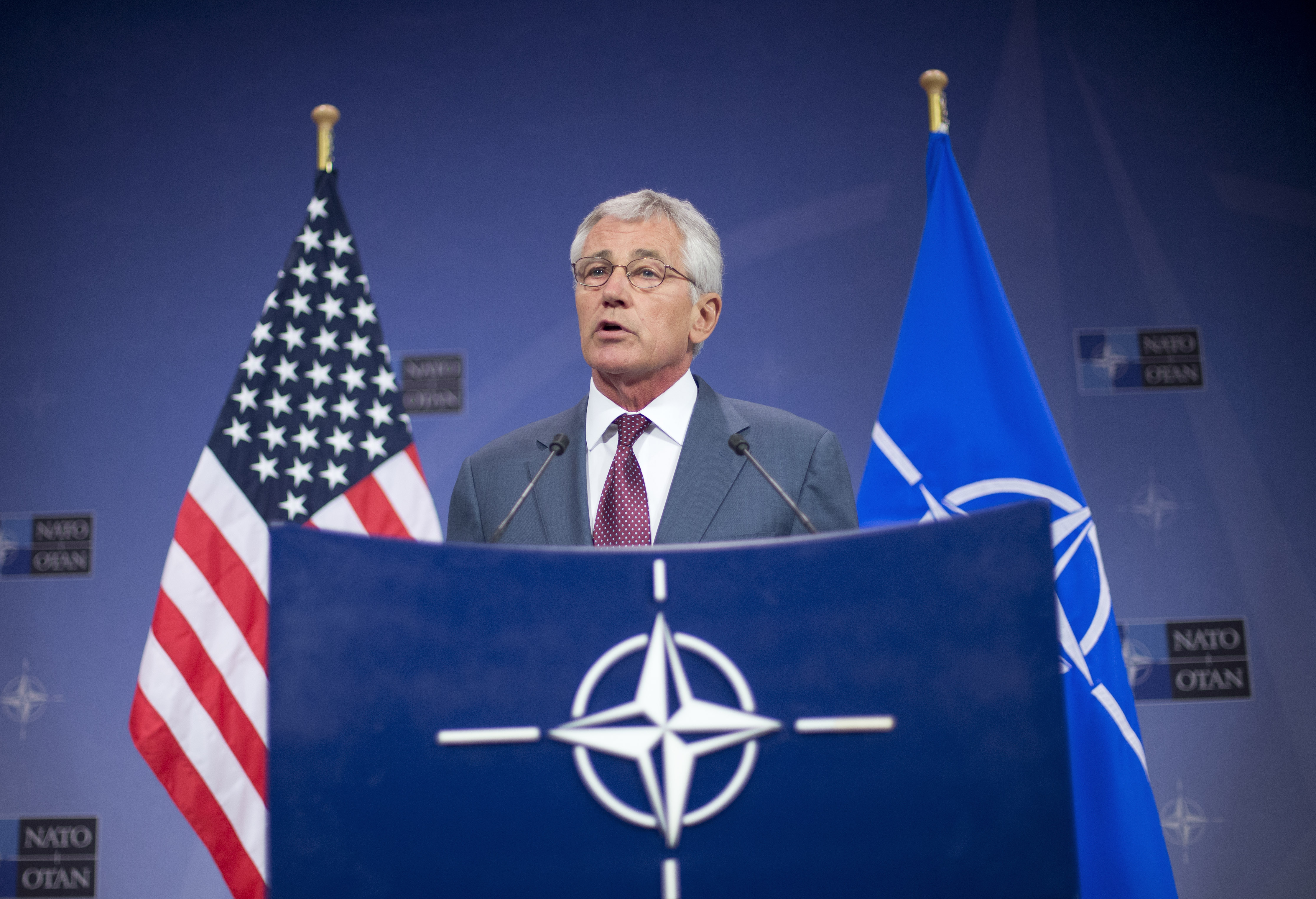 As the administration continues to defend the decision to exchange Sgt. Bowe Bergdahl for five former Taliban leaders, Defense Secretary Chuck Hagel revealed that the decision was unanimous among President Obama and his advisers.

"It was our judgment based on the information we had that his life, his health were in peril," he told the BBC Thursday, adding that it's easy to look back and say the administration should have waited 24 or 48 hours.

Hagel said he, along with Secretary of State John Kerry, Chairman of the Joint Chiefs of Staff Martin Dempsey, Director of National Intelligence James Clapper and Attorney General Eric Holder, were unanimous on the decision to seek Bergdahl's freedom in a prisoner exchange.

"We all came to the same conclusion that we didn't want to take any chances here," Hagel said. "Can you imagine if we would have waited or taken the chance of leaks over a 30-day period? I will tell you what I know - and I made a judgment on this too - that that would have seriously imperiled us ever getting him out."

The 30-day window he cites is a reference to the amount of notice the administration is supposed to give Congress before releasing a detainee from Guantanamo Bay, where the 5 prisoners swapped for Bergdahl were being held. Although the administration had briefed some members Congress on the possibility of an exchange back in late 2011 and early 2012 - most of whom profess to have had serious concerns about it at the time - they did not inform those members that the exchange had taken place until after it occurred over the weekend.

The administration faces a rising tide of criticism from Democratic and Republican lawmakers who have spoken out against the deal for reasons ranging from a belief the former detainees returning to the battlefield to concern that the president broke the law by failing to inform Congress in advance of the prisoner swap.

President Obama has faced questions about the release while traveling in Europe this week and has been forced to defend the decision multiple times.

Administration officials also briefed lawmakers on the details of the swap, including showing them a "proof of life" video they had received from the Taliban showing Bergdahl in ill health, though that appears to have done little to quell criticism.

"I don't think from a health standpoint there was any issue that dictated the release of these five nasty killers in exchange for Bergdahl," said Sen. Saxby Chambliss, R-Ga., the ranking member on the Senate Intelligence Committee. Others questioned the fact that it was several months old.

Sen. Lindsey Graham, R-S.C., has alleged that the swap was motivated by Mr. Obama's desire to close Guantanamo Bay, a still-unfulfilled campaign pledge that has faced opposition in Congress over the years. On Wednesday, Graham went so far as to warn the president that he thinks some Republicans will begin calling for his impeachment if he releases any more prisoners.

"It's going to be impossible for them to flow prisoners out of Gitmo now without a huge backlash," Graham said, according to The Hill. "There will be people on our side calling for his impeachment if he did that.

Some Republicans, including Sen. John McCain, R-Ariz., have come under fire for appearing to back a prisoner swap in the past before lambasting the president over the ultimate outcome. In a February 18 interview on CNN, McCain said he would be "inclined to support" a deal to exchange prisoners to retrieve an American soldier "depending on a lot of the details."

"If there was...the possibility of some sort of exchange, that's something you would support?" CNN's Anderson Cooper asked McCain in the interview. He replied, "I would support. Obviously I'd have to know the details, but I would support ways of bringing him home and if exchange was one of them I think that would be something I think we should seriously consider."

McCain spokesman Brian Rogers issued a statement Thursday saying that critics are twisting McCain's position, which depended on the details of an exchange.

"Had Cooper asked if Senator McCain would support a deal that freed five hard-core Taliban leaders, two of whom are wanted by the UN for war crimes for slaughtering thousands of Shiite Muslims, under terms that allowed them to potentially return to the battlefield against America in a year, the answer would have been 'Hell no,'" Rogers said. "As he's always said, Senator McCain does not oppose all prisoner exchanges, but his decision would depend directly on the details of any deal - as it would on any important issue - and he'd obviously oppose any deal that threatens the safety and security of our nation and our troops."