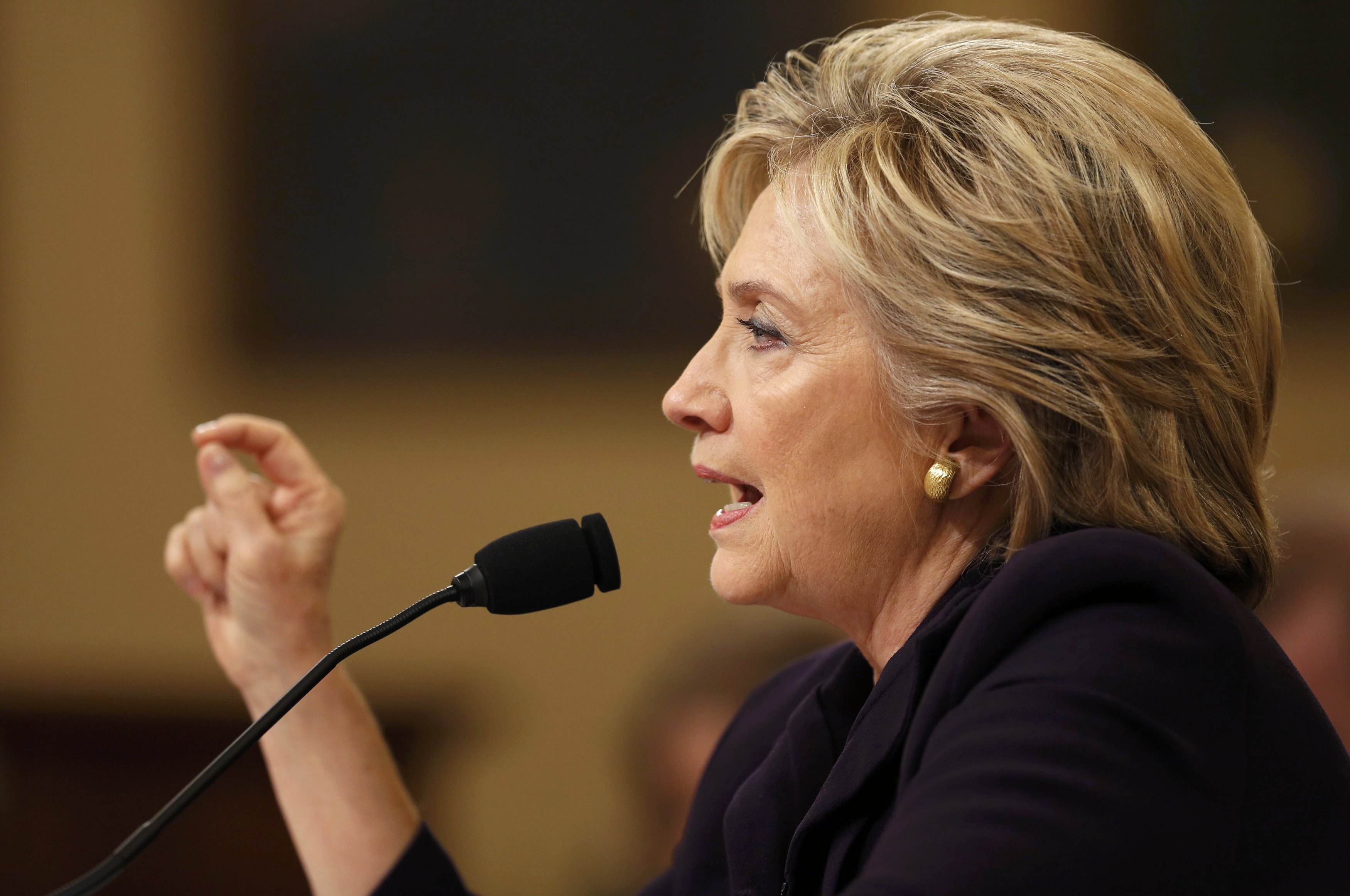 Democratic presidential candidate and former Secretary of State Hillary Clinton spent 11 hours answering questions from the House Benghazi Committee Thursday. At one point, the hearing devolved into a yelling match between Committee Chairman Trey Gowdy and Democrats on the committee.

"If you think we've heard about Sidney Blumenthal, wait for the next round!" Gowdy declared before abruptly calling a recess in the middle of the marathon hearing.

Gowdy questioned why Clinton exchanged so many emails with Blumenthal pertaining to Libya, even though Blumenthal "could not get hired by our government... had never been to Libya, [and] had no expertise with Libya."

Gowdy suggested it was suspicious that Blumenthal, "all the while working with the Clinton Foundation and some pseudo-news entities, had unfettered access to you." By contrast, Gowdy said that Clinton's records showed "not a single email to and from Ambassador [Chris] Stevens," the administration's trusted man on the ground in Libya and one of the four Americans killed in the September 11, 2012 attack on a U.S. facility in Benghazi.

The Republican chairman defended his line of questioning, remarking, "It's relevant because our ambassador was asked to read and respond to Sidney Blumenthal's drivel, on some instances on the very same day he was asking for security. I think it is eminently fair to ask why Sidney Blumenthal had unfettered access" to Clinton.

Clinton maintained that the emails she received from Blumenthal were unsolicited, though some provided "interesting insights." She added that Blumenthal "was certainly not in any way the primary source of, or the predominant [means of] understanding, what was happening in Libya."

Exasperated with the line of questioning, Rep. Elijah Cummings, D-Maryland, the top Democrat on the committee, moved to publicly release the entire transcript of Blumenthal's June testimony before the committee.

When Gowdy resisted the idea, Cummings yelled, "You said from the beginning you want the truth, the whole truth... What do you have to hide?"

Gowdy retorted, "I'm not going to release one transcript of one person who knows nothing about Libya by his own admission."

Democrats have cast the work of the House Benghazi Committee as a political witch hunt against Clinton. However, at the start of Thursday's hearing, Gowdy told the former secretary of state and 2016 presidential candidate on Thursday that the investigation is not about her.

"Madame Secretary, I understand some people -- frankly in both parties -- have suggested this investigation is about you. Let me assure you it is not," Gowdy said ahead of Clinton's testimony.

While the committee has interviewed dozens of witnesses about the attack, this was Clinton's first appearance before the group of seven Republicans and five Democrats. Clinton did appear before the Senate Foreign Relations and House Foreign Affairs Committees in 2013 to discuss the attack, which led to the death of the four Americans.

Gowdy said the investigation is about "what happened before, during, and after the attacks that killed these four men." He defended the length and extensive nature of the investigation and told Clinton that she is only now appearing before the committee cause "you had an unusual email arrangement with yourself, which meant the State Department could not produce your emails to us."

He added, "Your emails are no more or less important than the emails of anyone else. It just took longer to get them and garnered more attention in the process."

Cummings charged that it is "impossible... for any reasonable person to continue denying that Republicans are squandering millions of taxpayer dollars on this abusive effort to derail Secretary Clinton's presidential campaign."

The previous investigations into the attacks "respected and honored the memories of the four brave Americans who were killed in Benghazi," Cummings said. However, he charged that House Speaker John Boehner, R-Ohio, simply "did not like the answers he got from those investigations. So he set up this new Select Committee -- with no rules, no deadline, and an unlimited budget -- and he set it loose on Secretary Clinton because she is running for president."

In her opening remarks, Clinton appealed to the committee to put politics aside and "resist denigrating the patriotism or loyalty of those with whom we disagree."

"I'm here," she said. "Despite all the previous investigations and all the talk about partisan agendas, I'm here to honor those we lost and to do what I can to aid those who serve us still. My challenge, to you, members of this committee, is the same challenge I put to myself: let's be worthy of the trust the American people have bestowed upon us."

After getting several questions about her email record, Clinton insisted, "Most of my work was not done on emails."

"I conducted it in meetings, I read massive amounts of memos... I made secure phone calls, I was in and out of the White House all the time," Clinton told the committee.

"During the day, I received hundreds of pages of memos... some of them so top secret they were brought into the office in a locked breifcase," she said. "There was a lot going on every day, and I did not email during the day... That is not how I assessed information."

This explanation came after Rep. Susan Brooks, R-Indiana, pulled out one large stack of Clinton emails regarding American operations in Libya from 2011, as well as a smaller stack of emails from 2012. Brooks noted there were 795 emails in the 2011 pile and just 67 in the 2012 pile.

"I'm troubled by what I see here," she said. "I can only conclude from your own records there was a lack of interest in Libya in 2012."

Brooks pointed out that there were two explosions at the U.S. compound in Benghazi in 2012, ahead of the September 11, 2012 attack.

Clinton responded that there was never any recommendation -- from State Department officials, intelligence officials, or any other government officials with knowledge on the issue -- to shut down the mission after the first two attacks. "It was thought the mission in Benghazi... was vital to our national interests," she said.

Another Republican committee member, Rep. Martha Roby, R-Alabama, similarly asked Clinton about an email from a low-level State Department staffer that suggested Clinton was not aware of the United States' continuing presence in Benghazi.

"Of course I knew we had a presence in Benghazi," Clinton said. "I knew exactly what we were doing in Libya."