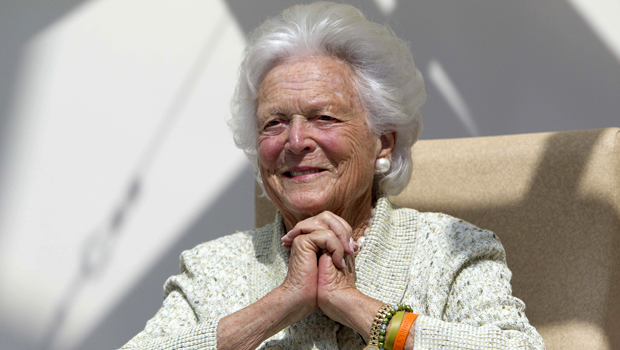 Former first lady Barbara Bush has done a 180 on the issue of whether her son, former Florida Gov. Jeb Bush, should become the third man in her family to run for president.

According to the Washington Post, during a gala dinner in Bonita Springs, Florida, Jeb Bush was onstage recalling what his mother once said about his potential presidential bid: Don't do it.

In April 2013, she told NBC, "We've had enough Bushes." She doubled down on that point in January 2014, saying, "There's no question in my mind that Jeb is the best qualified person to run for president, but I hope he won't," during an interview for the C-SPAN's "First Ladies" series.

But at the fundraising dinner, she made an appearance on Skype, interrupting her son to say, "Jeb, it's Mom. Listen, what do you mean, 'too many Bushes'?... I changed my mind!"

She had been softening her opposition all year. Bush said in an October 2014 interview that his mother had "been around the track" on the idea.

"She just believes that it's something that she doesn't want my family to go through, although she's changed her mind on that. So I'm marking her down to `neutral, trending in a different direction' than she was," he told the Associated Press at the time.