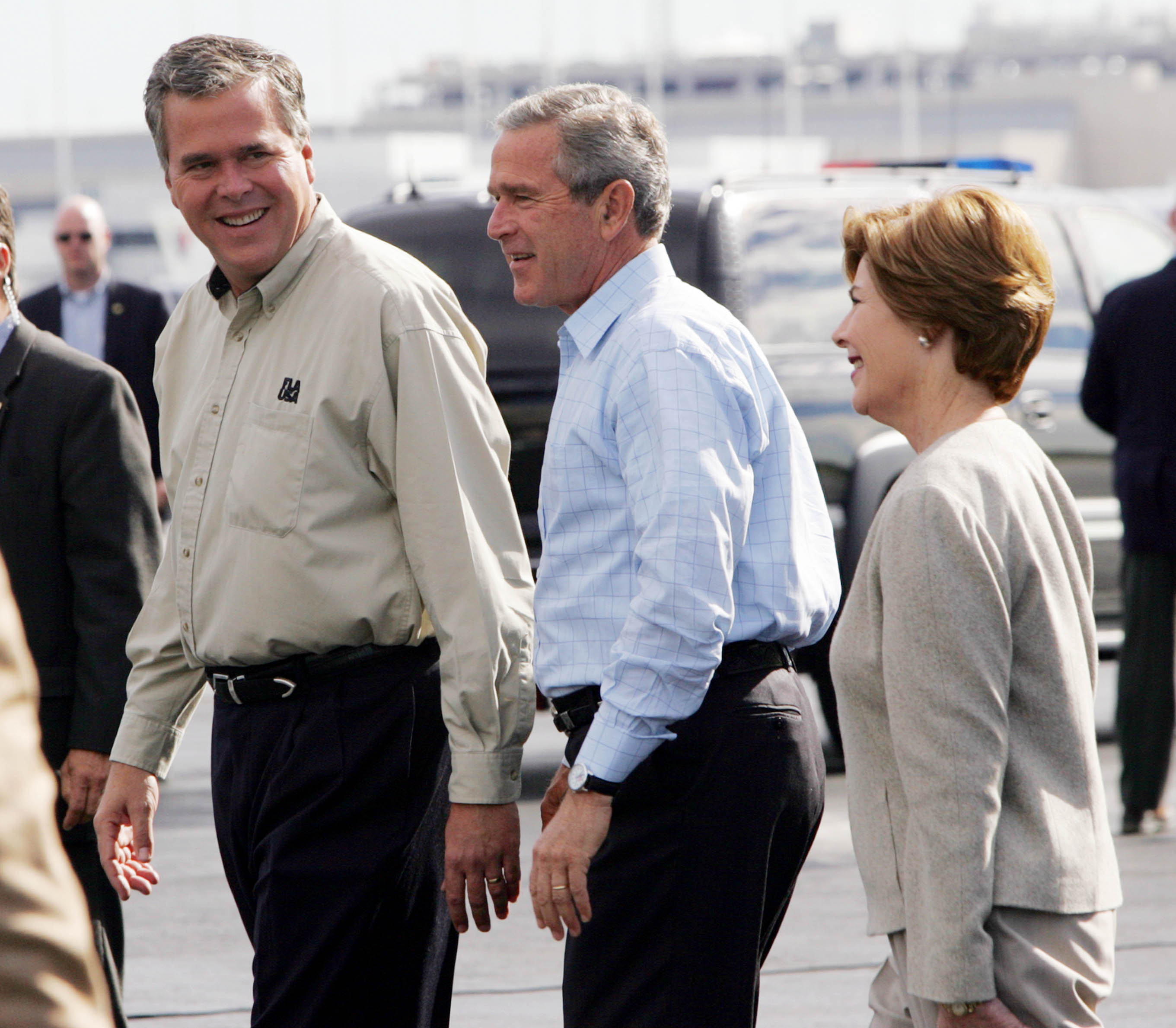 But amid a barrage of questions about the younger Bush brother's presidential prospects, it appears not everyone in the family is on the same page about whether or not he should get into the race.

"He's by far the best qualified man, but no," said his mother, former first lady Barbara Bush, in an appearance today on NBC's "Today," when asked if she'd like to see Jeb run. "I really don't. I think it's a great country, there are a lot of great families, and it's not just four families or whatever. There are other people out there that are very qualified."

George W. Bush, on the other hand, says he's all for another Bush presidential bid.

"He would be great," the former president told ABC, of his brother. "He'd be a marvelous candidate if he chooses to do so. He doesn't need my counsel because he knows what it is, which is: Run!"

"We think Jeb would be great, he's a wonderful man," she added.