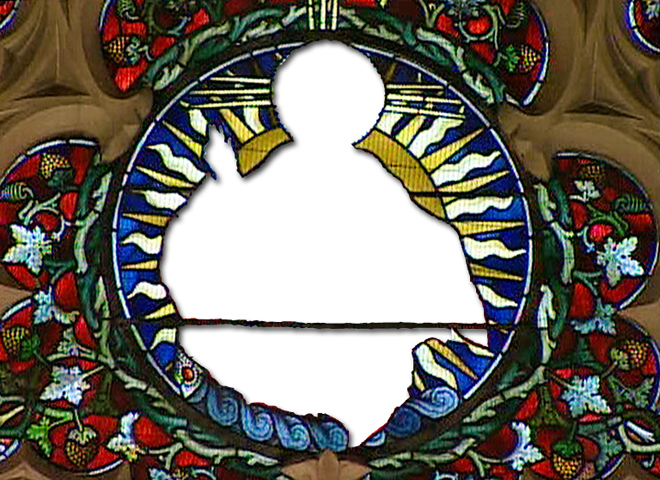 A Sunday morning in church is not in the cards for those who say they're "beyond belief" -- beyond belief in the God of Scripture, anyway. And for some, the abandonment of their faith wasn't easy. Our Cover Story now from Mo Rocca:

Visit Jackson, Mississippi, and you can't miss the First Baptist Church. To Neil Carter, it was like a second home.

"This is where I grew up," he told Rocca. "My parents were married here. My sisters were both married here. I got baptized here, twice actually."

At the age of 15, Carter says he was "saved" by a youth evangelist.

"It was a very emotional experience for me," he said. "I really broke down into tears. Almost immediately after I got saved, I began teaching Sunday school. And I did that for about 10 years."

After college, he went to seminary, and thought about becoming a minister. But he started having doubts.

"I like to say that I've always lived with an inner skeptic," he said. "Even when I was a kid, I always had a lot of questions that were never really answered."

His questioning lasted for decades. But five years ago, Carter finally admitted to himself that he's an atheist.

It took him another year to tell his wife: "It was very upsetting -- for her, it felt like it was like I had died. The man that she had married was gone."

Their marriage (they have four daughters) ended in 2012.

But Carter says he never mentioned his atheism to his middle school history students.

Rocca asked, "How did the kids find out that you're an atheist?"

"One of them had been stalking me on Facebook and saw that I had 'liked' a page about atheism," Carter said. "And then she came to school the next day and started asking me in front of the students if I was an atheist, and I refused to answer the question, which to them was enough of an answer."

The principal soon instructed him never to discuss anything to do with religion in class. And shortly after, he was transferred. "First, they moved me out of my classroom to a math class," he said. "And then after that, they just told me they wouldn't bring me back the next school year. They didn't really give me any reasons, but obviously I knew what the reason was."

We don't know for certain why Carter was transferred. No reason was documented, and his school declined to talk with CBS News.

Since 2013, he's been teaching math at a nearby high school. He started a blog: Godless in Dixie, and he's joined a group called "Openly Secular."

On its website, Carter talks about the price he says he pays for declaring he's an atheist:

"Because around here, people are taught that morality comes from religion. So if you don't have religious beliefs, then you must not be a moral person."

"Like a light switch, it's, 'You're immoral, you're gonna raise evil children, you're a bad parent,'" said Todd Stiefel, of Raleigh, North Carolina. A former Catholic, he leads the Openly Secular campaign. "They're questioning your whole existence. I'd rather somebody assume I'm stupid than assume I'm wicked. It's painful. It's discrimination. It's prejudice."

Openly Secular is a new effort by 30 organizations and some well-known names (including "Saturday Night Live" alum Julia Sweeney) that asks non-believers to go public. "Yes, I'm an atheist, but it was a really hard word for a lot of people to handle, including, for example, my parents," said Sweeney.

While seven percent of Americans say they don't believe in God, only a little more than 2 percent call themselves atheist.

"The word 'atheism' has really bad branding," said Stiefel. "A lot of people don't want to associate with the word even if they are. I've had people say, 'Oh, I don't believe in God, but I'm not an atheist.' They don't want to use the term because it brings such baggage and hatred."

During the 1960s, the face of atheism was Madalyn Murray O'Hair, who famously crusaded to end mandatory Bible readings in public schools. "I felt that this was an unconstitutional practice in relation to separation of church and state," she'd said.

She was, to say the least, a polarizing figure ("The most hated woman in America," read one headline). Openly Secular is taking a different approach, focusing less on the law and more on the court of public opinion.

They've got their work cut out for them. Fifty-three percent of Americans say they'd be less likely to support an atheist for president. In politics, an admission of atheism is virtual suicide.

"They can't get elected in this country," said Stiefel.

Yes, Americans are religious, particularly in the South, which is why it's called the Bible Belt. Black Americans are especially devout. Nearly 9 in 10 African-Americans believe with certainty that God exists.

Which is why Rocca said to Mandisa Thomas, "Candidly, when I think 'atheist,' I don't picture you."

"Yeah, you might picture an old white guy," laughed Thomas, an events services manager in a suburb of Atlanta, Georgia.

Rocca asked what assumptions people might make when meeting her: "Well, they assume that I go to church, that I sing gospel, that I am just overly in love with Jesus."

"And that you love Tyler Perry."

"Right, that we love Tyler Perry!"

"What do you think Madea would say to an atheist?"

Thomas grew up in a non-religious household, and is raising her two sons and an older daughter as what she calls free-thinkers.

Rocca asked, "Is there particular pressure on black people to profess a belief in God?"

Yes, said Thomas: "Through slavery, through the civil rights movement, and through all of the injustice that we've faced in this country, there is an overall sentiment in our community that we've come this far by faith."

She says she prefers to emphasize the "Doctor" rather than "Reverend" in The Rev. Dr. Martin Luther King Jr.

"He admired Mahatma Gandhi, who was Hindu," said Thomas. "He, himself as a person was just not defined by his Christianity. He was much more diverse than that. We let people know that leaders in the black community weren't all religious."

And when Mandisa Thomas says "we," she means Black Nonbelievers, a secular group she founded in 2011. It's a support group for black atheists, many of whom say they've been shunned by family and friends.

"If you leave the religion, people aren't really supposed to associate with you anymore," said Jaruna during their meeting.

One man attending said, "Once you say 'I'm an atheist,' all the doors start closing. You can hear 'em."

Thomas told Rocca, "They often feel isolated, and so we help with that. You know, we don't want anybody feeling that they're alone in this."

One man said, "Among our community, the black community, what's the first thing women say they're looking for? A God-fearing man."

No surprise: Almost half of all Americans say they'd be unhappy if a family member married an atheist.

At their meetings each month, these non-believers talk about ways to navigate in a world of believers.

Tracy keeps two Facebook pages: "One is for just general stuff; and the other one is for Tracy, the anti-theist hardcore atheist."

YOU also might keep two Facebook identities, if you were told repeatedly that you were facing eternal damnation.

Rocca asked The Rev. Dr. Luke Powery, dean of Duke University Chapel, "How do you think a person of faith should deal with an atheist?"

"One should engage with them like any human being," Rev. Powery replied. "I'm going to treat them with respect and love."

"Do you think that atheists are going to hell?"

"Have you ever doubted God's existence?"

"Sure. Doubt is a part of faith," he replied. "Questions about, 'God, are you there?' which we see throughout the Hebrew Scriptures and the Psalms. Anger against God. There can be a journey of doubt and questioning, but that's actually a part of the faith: 'Lord, I believe. Help my unbelief.'"

But the atheists Rocca met say they're not struggling with their un-belief.

So what DO they believe?

"I believe that people can make the world a better place if they work together," said Neil Carter.

Todd Stiefel said, "Love other people. Treat them with love and they will treat you back that way. Live a life of integrity. Be honest."

Rocca asked Carter, "Despite all these personal difficulties you've experienced, are you happy that you, as you put it, came out of the closet as an atheist?"

"It's made for a more authentic life for me," he replied. "It's really difficult to not feel at home in your own life. And at some point, you have to just own it, or else you're not really living."