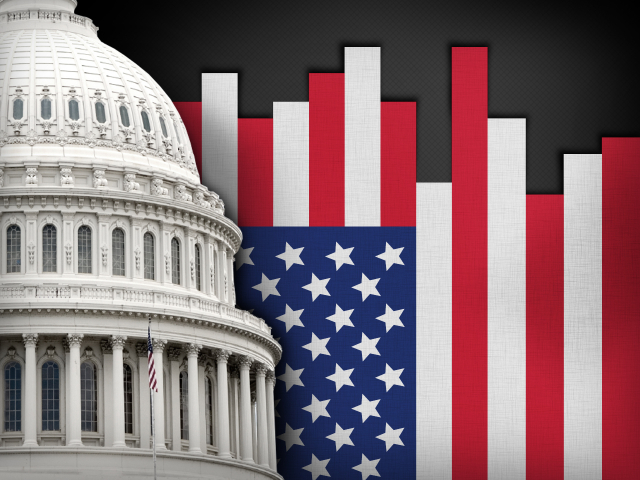 Even though three quarters of Americans (72 percent) say religion is losing influence in public life but a growing percentage of people say they want more of it in their politics.

A Pew Research study found that since the 2010 midterm elections, the percentage of Americans who say churches and other houses of worship should express their views on political and social issues has climbed six percentage points from 43 percent to 49 percent.

Additionally, there has been a four-point jump in the number of people who say there is too little expression of religious faith and prayer from politicians, from 37 percent to 41. Nearly a third of Americans, 32 percent, say churches should endorse candidates for office.

Unsurprisingly, the support for more involvement in politics comes from people who identify with a religion, like Protestants and Catholics, and have become more supportive of their institutions getting involved in politics. People who are not affiliated with any religion are more likely to want politics and public life separate.

There has been a substantial growth in both the percentage of people who see religion's role in society as positive (up from 29 percent in 2010 to 58 percent in 2014), and those who are or lean Republican (up from 48 percent to 59 percent).

The poll also that 49 percent of Americans support same-sex marriage, while 41 percent oppose it - a drop of five percentage points since a poll taken in February. Still, Pew says it is still too early to know whether it is the start of a reversal in the recent trend of support for same-sex marriage or merely a leveling off in attitudes.

If it does represent a decline in support, that would mean public opinion is moving in the opposite direction of the courts, many of which are striking down states' same-sex marriage bans. Last spring, the Supreme Court provided the legal rationale for some of those decisions when it struck down key parts of the Defense of Marriage Act.