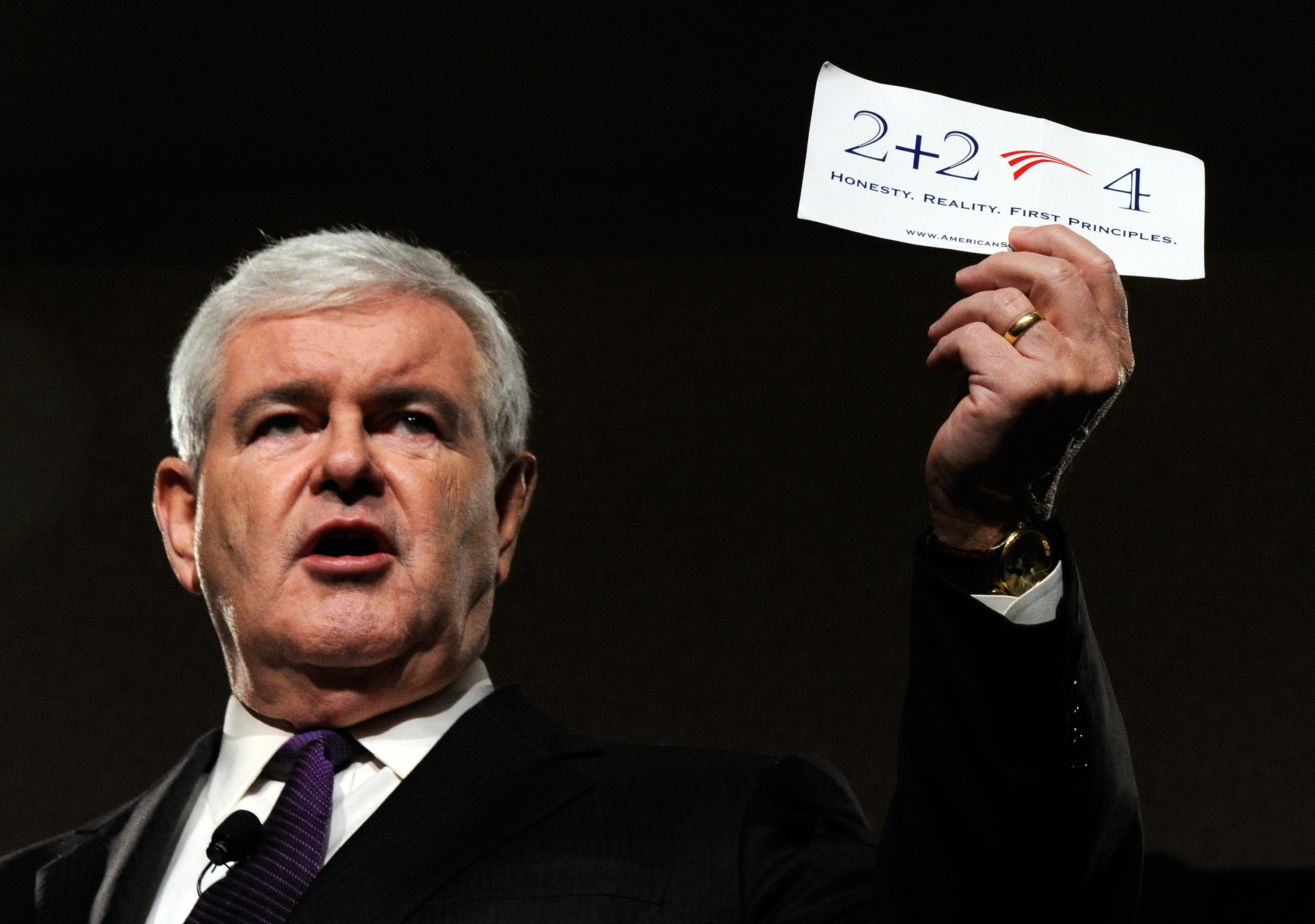 Likely Republican presidential candidate Newt Gingrich has regularly been warning that Democrats are trying to impose a "secular-socialist" agenda on the country, in part because of a "relentless anti-religious bias."

He has also warned of the risk of radical Islam, as in a film called "America at Risk" that is grounded in the notion that "we are at war with radical Islamists - and it is a war we are losing."

But the former House speaker seemed to conflate the two arguments over the weekend, suggesting that his grandchildren could eventually find themselves "in a secular atheist country" that is potentially dominated by "radical Islamists."

Here's the full quote, via Politico: "I have two grandchildren -- Maggie is 11, Robert is 9. I am convinced that if we do not decisively win the struggle over the nature of America, by the time they're my age they will be in a secular atheist country, potentially one dominated by radical Islamists and with no understanding of what it once meant to be an American."

Gingrich spokesman Rick Tyler told Hotsheet that Gingrich did not mean to suggest America could become both Islamist and atheist, but simply left the word "or" out of his comments.

Gingrich, who converted to Catholicism two years ago, made the comments at Cornerstone Church in San Antonio, Texas, a megachurch led by evangelical Rev. John Hagee. You might recall that then-presumptive Republican presidential nominee John McCain rejected Hagee's endorsement in 2008, after learning that Hagee had suggested that Adolf Hitler was a "hunter" who was exercising God's will by incentivizing Jews to return to Israel. (Hagee said his comments were taken out of context and that he has "always condemned the horrors of the Holocaust in the strongest of terms.")

In his remarks, Politico reports, Gingrich complained that courts have grown "steadily more secular and steadily more anti-religious." He said "everyday folks" in churches and synagogues will have to show the bravery that "elites" in the media and academia will not to return the nation to its founding Christian values.

Gingrich, who has been aggressively courting social conservatives, said Sunday it wasn't hypocritical of himto lead impeachment proceedings against President Bill Clinton in the 1990s. Gingrich, who was involved in an extramarital affair at the time, said the impeachment push was "not about personal behavior."

The former speaker, who has been married three times, has expressed regret about his past personal behavior, which he suggested was driven in part by his passion for the country.