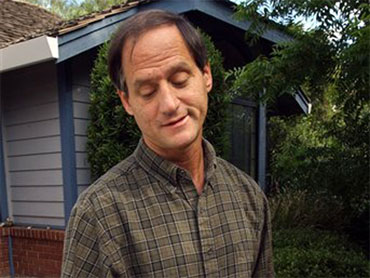 A federal appeals court upheld the use of the words "under God" in the Pledge of Allegiance and "In God We Trust" on U.S. currency, rejecting arguments Thursday that the phrases violate the separation of church and state.

The San Francisco-based 9th U.S. Circuit Court of Appeals panel rejected two legal challenges by Sacramento atheist Michael Newdow, who said the references to God are unconstitutional and infringe on his religious beliefs.

The same appeals court caused a national uproar and prompted accusations of judicial activism when it decided in Newdow's favor in 2002, ruling that the pledge violated the First Amendment prohibition against government endorsement of religion.

That lawsuit reached the U.S. Supreme Court in 2004, but the high court said Newdow lacked the legal standing to file the suit because he didn't have custody of his daughter, on whose behalf he brought the case.

So Newdow filed an identical challenge on behalf of other parents who objected to the recitation of the pledge at school. In 2005, a federal judge in Sacramento decided in Newdow's favor, prompting the appeals court to take up the case again.

Judge Carlos Bea, who was appointed by Bush in 2003, wrote for the majority in Thursday's 2-1 ruling.

"The Pledge of Allegiance serves to unite our vast nation through the proud recitation of some of the ideals upon which our Republic was founded," he said.

Bea noted that schools do not require students to recite the pledge, which was amended to include the words "under God" by a 1954 federal law. Members of Congress at the time said they wanted to set the United States apart from "godless communists."

Judge Stephen Reinhardt, who was part of the three-judge panel that ruled in Newdow's favor eight years ago, wrote a 123-page dissent to the 60-page majority opinion.

"Under no sound legal analysis adhering to binding Supreme Court precedent could this court uphold state-directed, teacher-led, daily recitation of the 'under God' version of the Pledge of Allegiance by children in public schools," wrote Reinhardt, who was appointed by President Jimmy Carter in 1980.

Newdow, a doctor and attorney who founded a group called the
First Atheist Church of True Science, told The Associated Press he would ask the appeals court to rehear the case. If it rejects that request, Newdow said he'll appeal to the U.S. Supreme Court.

"The whole argument that 'under God' wasn't placed into the pledge for religious purposes is bogus," Newdow said. "I hope people recognize this is not against God or people who believe in God. It's about the government not treating people equally on the basis of their lawful religious views."

Newdow said he isn't optimistic the Supreme Court will agree to hear the case because the justices will likely be reluctant to hear a case that could invalidate the pledge.

"They don't want to do what's politically unpopular," he said. "The Supreme Court will not hear a case that upholds the Pledge of Allegiance. It's very unlikely at least."

Rory Little, a professor at the University of California Hastings College of the Law, agreed. He said the Supreme Court is unlikely to review the case because Thursday's ruling is the third appellate court decision upholding the pledge.

In addition, Congress passed legislation reaffirming the pledge in 2002, following the 9th Circuit's ruling that struck it down.

"I think this is the last word on this particular lawsuit," Little said. "It's an important ruling."

In a separate 3-0 ruling Thursday, the appeals court upheld the inscription of the national motto "In God We Trust" on U.S. coins and currency, citing an earlier 9th Circuit panel that ruled the phrase is ceremonial and patriotic and "has nothing whatsover to do with the establishment of religion."

Greg Katsas, who argued the case on behalf of the U.S. government when the appellate court heard the case in December 2007, said the panel made the right decision Thursday.

"I think these two phrases encapsulate the philosophy on which the nation was founded," said Katsas, who now works in private practice. "There is a religious aspect to saying "One nation under God," but it isn't like a prayer. When someone says the pledge, they're not praying to God, they're pledging allegiance to the country, the flag and the ideals of the country."