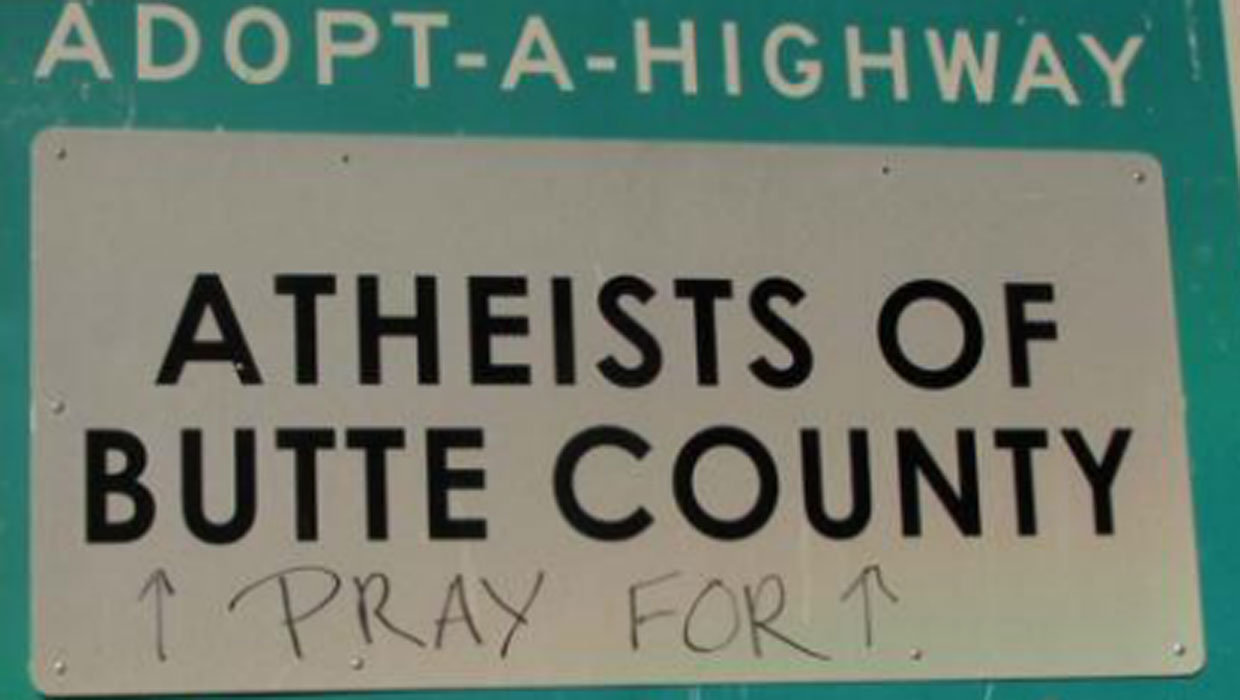 CHICO, Calif. -- An Adopt-A-Highway sign recognizing a group of atheists in Northern California has become the target of vandals spraying religious messages it, reports CBS Sacramento.

Most recently, someone wrote the words "Pray For" on the sign, to convey the message, pray for the Atheists of Butte County.

State officials removed the words scrawled on the sign, but the group who paid for it believes the vandals will be back.

The sign tells motorists that the highway they're driving on is being maintained by volunteers from the group.

"This is something nice to do, its important to keep our highways clean," George Gold, president of Atheists of Butte County, told CBS Sacramento.

But he says someone has been taking aim at his group, by targeting their signs along Highway 99 near Chico.

"The first time was somewhat harmless when somebody put a Christmas wreath on the top of each of our signs," Gold said. "The second time, they screwed into the base of the sign 'Pray' and this time it seems to me--I'm going to guess--it's the same person, and they've scrawled on the sign 'pray for' and then an arrow, meaning they want people to pray for us, the atheists."

Gold says that in 2012 vandals also defaced a billboard put up by the atheists' group.

According to CBS Sacramento, the group doesn't plan to take down the signs any time soon, but is looking into installing some security cameras nearby.

Whoever is defacing the sign could face criminal charges.

Could Georgia teacher's murder have been solved years ago?
View CBS News In
CBS News App Open
Chrome Safari Continue
Be the first to know
Get browser notifications for breaking news, live events, and exclusive reporting.