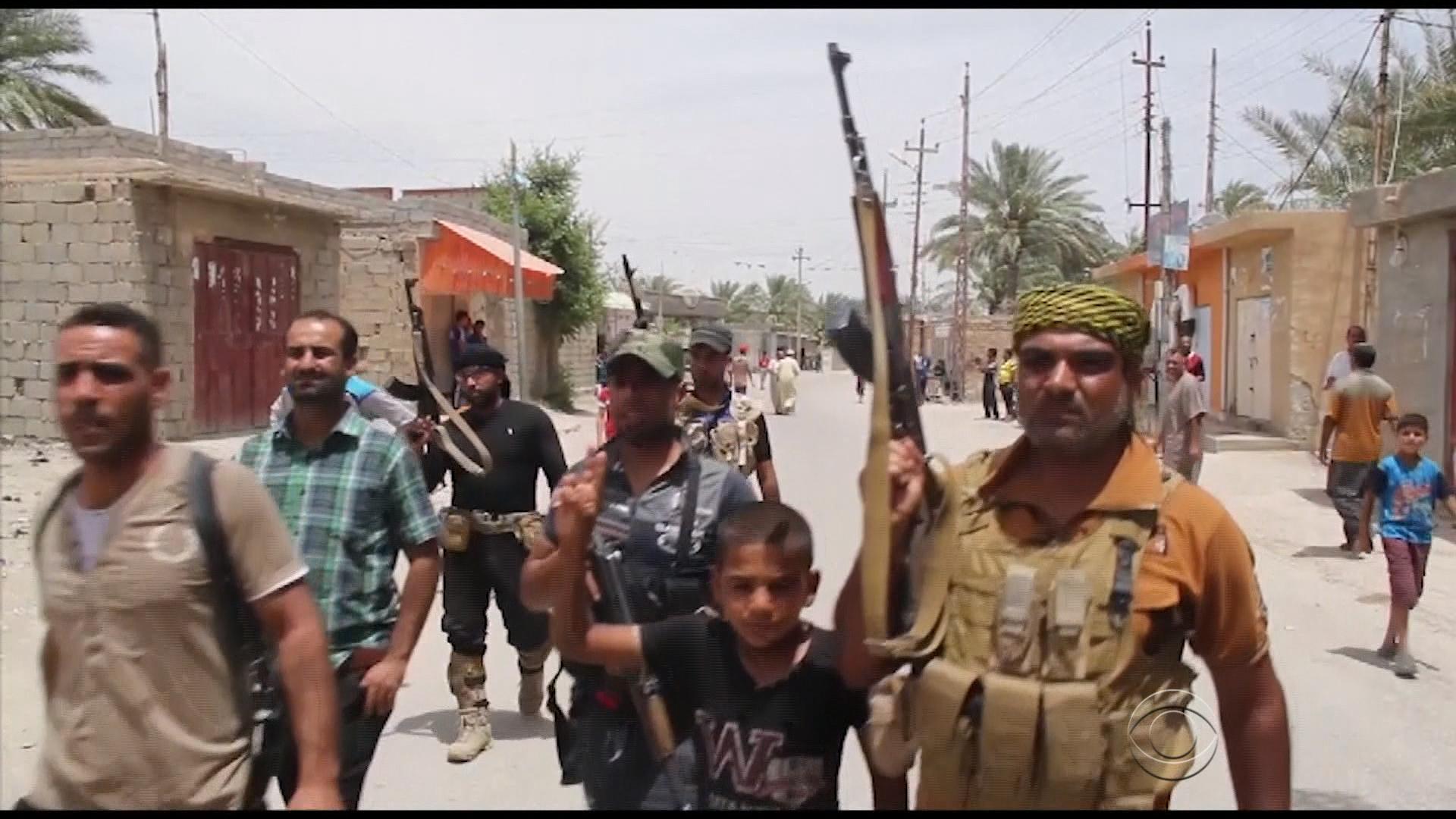 The terror group ISIS took control of key territories in Syria and Iraq in recent days, seizing the ancient city of Palmyra, the Al-Walid border crossing, and the Iraqi city of Ramadi.

The U.S. Defense Secretary questioned Iraq's will to fight for Ramadi. Help is on the way from Iran of all places.

Shiite militias massed outside the city of Ramadi and headed to the front lines in what may be their fiercest fight yet against Islamic State of Iraq and Syria (ISIS) militants in Iraq.

They have proven to be a formidable fighting force, but they also complicate the picture because they have faced accusations of sectarian violence, executions and abuse, in Sunni-dominated areas like Ramadi..

But the Iranian-backed fighters have vowed to succeed where Iraq's military so badly failed.

The retreat from Ramadi was evidence that Iraq's forces lacked the will to fight, US Defense Secretary Ash Carter said Sunday on CNN's "State of the Union."

"They were not outnumbered," he said. "In fact, they vastly outnumbered the opposing force. That says to me, and I think to most of us, that we have an issue with the will of the Iraqis to fight ISIL and defend themselves."

Carter was referring to an alternative acronym for the terror group.

The Iraqi Army wants it to be known it's fighting back hard too.

The Ministry of Defense released a video, saying it shows recent -- but undated -- airstrikes against suspected ISIS targets in Ramadi's Anbar Province.

The fall of Ramadi, a strategic city not much more than an hour's drive west of Baghdad, triggered an exodus of families who fled the fighting by the tens of thousands.

Exhausted and battling dehydration, they're desperate to find safety in the capital. But soldiers struggled to cope with sheer numbers.

With not much more than the few belongings they could grab in a hurry, they face an uncertain future.

But there's also no telling what horrors they left behind.