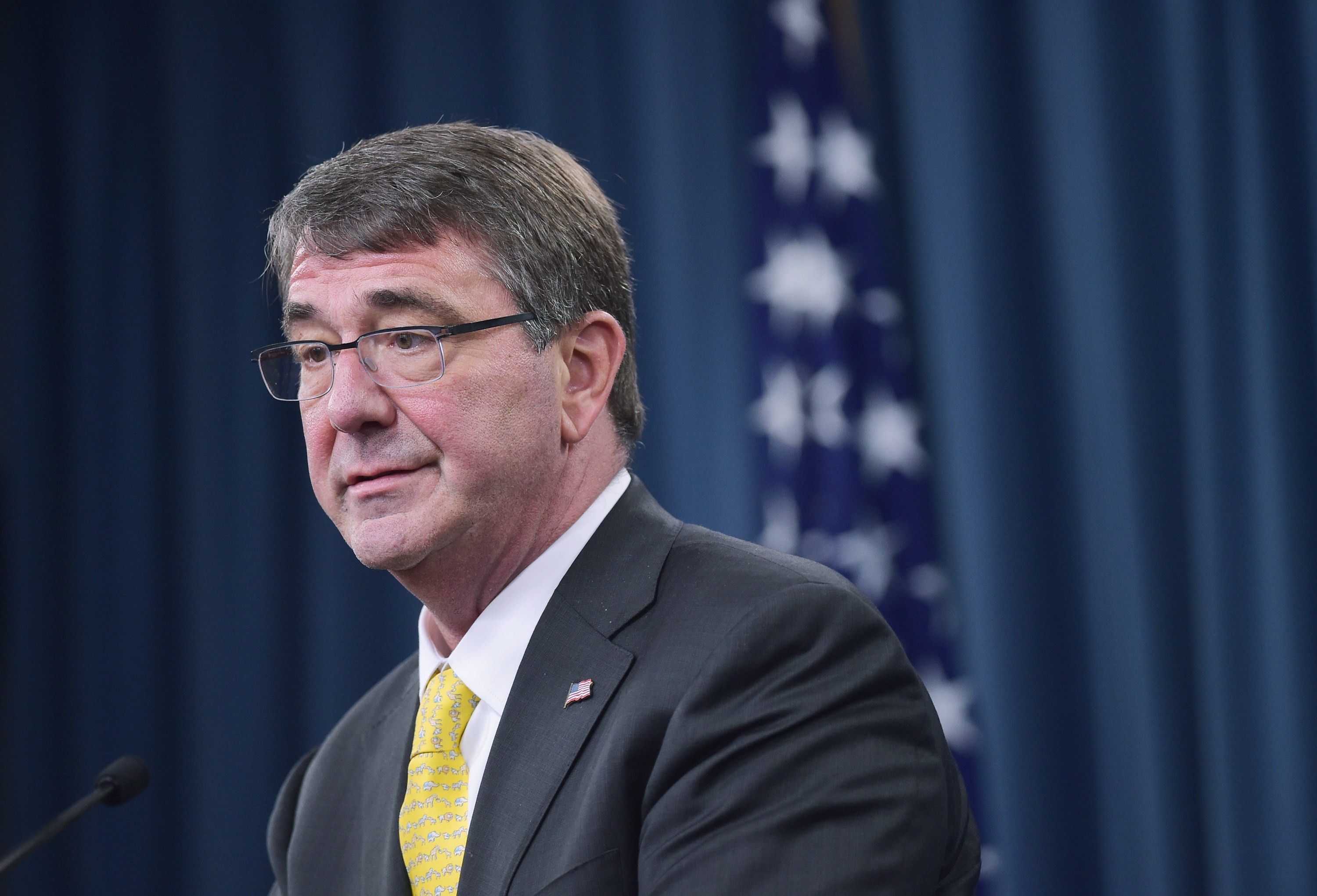 Defense Secretary Ash Carter said Sunday that the city of Ramadi fell to the Islamic State of Iraq and Syria (ISIS) because Iraqi troops "just showed no will to fight."

"They were not outnumbered, but in fact they vastly outnumbered the opposing force, and yet they failed to fight. They withdrew from the site. And that says to me, and I think to most of us, that we have an issue with the will of the Iraqis to fight ISIL and defend themselves," Carter said on CNN's "State of the Union," referring to an alternate acronym for the terrorist group.

The defense secretary said the U.S. can give Iraqi forces training and equipment but not the will to fight.

"I hope they will develop the will to fight, because only if they fight can ISIL remain defeated," he said.

Hakim al-Zamili, the head of Iraq's parliamentary defense and security committee, took issue with Carter's comments, calling them "unrealistic and baseless" in an interview with the Associated Press.

Al-Zamili said it was a U.S. failure to provide "good equipment, weapons and aerial support" to Iraqi soldiers that was responsible for the fall of Ramadi, but that the U.S. military wants to "throw the blame on somebody else."

Carter is also resisting calls to put more U.S. troops into the region, and said that so far the Pentagon has not recommended forward air controllers to help with the fight.

"Airstrikes are effective but neither they nor really anything we do can substitute for the Iraqi forces' will to fight," he said.

Senate Armed Services Committee Chairman John McCain, R-Arizona, is one of those people pushing for a greater U.S. troop presence.

"We found in Vietnam War that if you don't have the right strategy, airpower is minimal in its effect, but we need to have forward air controllers, we need to have special forces, we need to have more of those kind of raids that were so successful into Syria," he said on CBS' "Face the Nation."

House Armed Services Committee Chairman Mac Thornberry, R-Texas, said on ABC's "This Week" that he prefers not to have American ground troops in Iraq but that U.S. military advisers on the ground could have helped improve the efficacy of the airstrikes and "made the battle for Ramadi more competitive."

But California Rep. Adam Schiff, the top Democrat on the House Intelligence Committee, argued that more troops could "aggravate" the threat that ISIS already poses and risk further escalation of the fight.

He argued that the U.S. will not be able to sustain any victories in Iraq unless the government is able to resolve its political differences.

During the Iraq War, "We won Ramadi but it didn't stay won because the political problems that preceded the first Iraq war haven't been solved and that is the Sunnis have not been brought into the government adequately, Sunni forces haven't been adequately trained and integrated into the military," Schiff said in a separate "Face the Nation" interview.

A more radical idea came from John Bolton, the former U.S. ambassador to the United Nations. He believes that the modern-day Iraq should be separated into three states: an independent Kurdish territory, since the Kurds are "de facto independent" and "not going back into Iraq under any circumstances voluntarily," as he said; a Sunni state in Western Iraq and a Shia state that the U.S. abandons entirely.

"I think the Sunni Arabs are never going to agree to be in a state where the Shia outnumber them three to one. That's what ISIS has been able to take advantage of," Bolton said on "Fox News Sunday." "I think our objective should be a new Sunni state out of the western part of Iraq, the eastern part of Syria run by moderates or at least authoritarians who are not radical Islamists. What's left of the state of Iraq, as of right now, is simply a satellite of the Ayatollahs in Tehran. It's not anything we should try to aid."

Bolton has also called for a sizable influx of U.S. troops to help Turkey and Gulf Arab states to defeat ISIS.

"Those Arab forces and the Turks can't do it alone. They need American leadership. They need us there with them. It's wrong to say it's their problem, let them handle it. Are we really saying we're going to put American security in the hands of the Saudi defense ministry? I don't think so," he said.

On CNN's "State of the Union," Rep. Tulsi Gabbard, D-Hawaii, echoed Carter's assessment that the Iraqi military does not have the will to fight. She advocates for allowing the U.S. to provide arms directly to Kurdish Peshmerga forces and Sunni tribes.

The Sunni tribesmen, "have the will to fight," Gabbard said. "They are on the ground begging, saying, 'please give us the heavy weapons, the arms, the ammunition that we need to be able to fight against ISIS.' Instead, the Iraqi government is relying completely on this Iranian-backed Shia military."

She said a "basic problem" that remains in Iraq is that Sunnis are persecuted by the government in Baghdad so they have no choice to but turn to ISIS for protection for their families and communities.