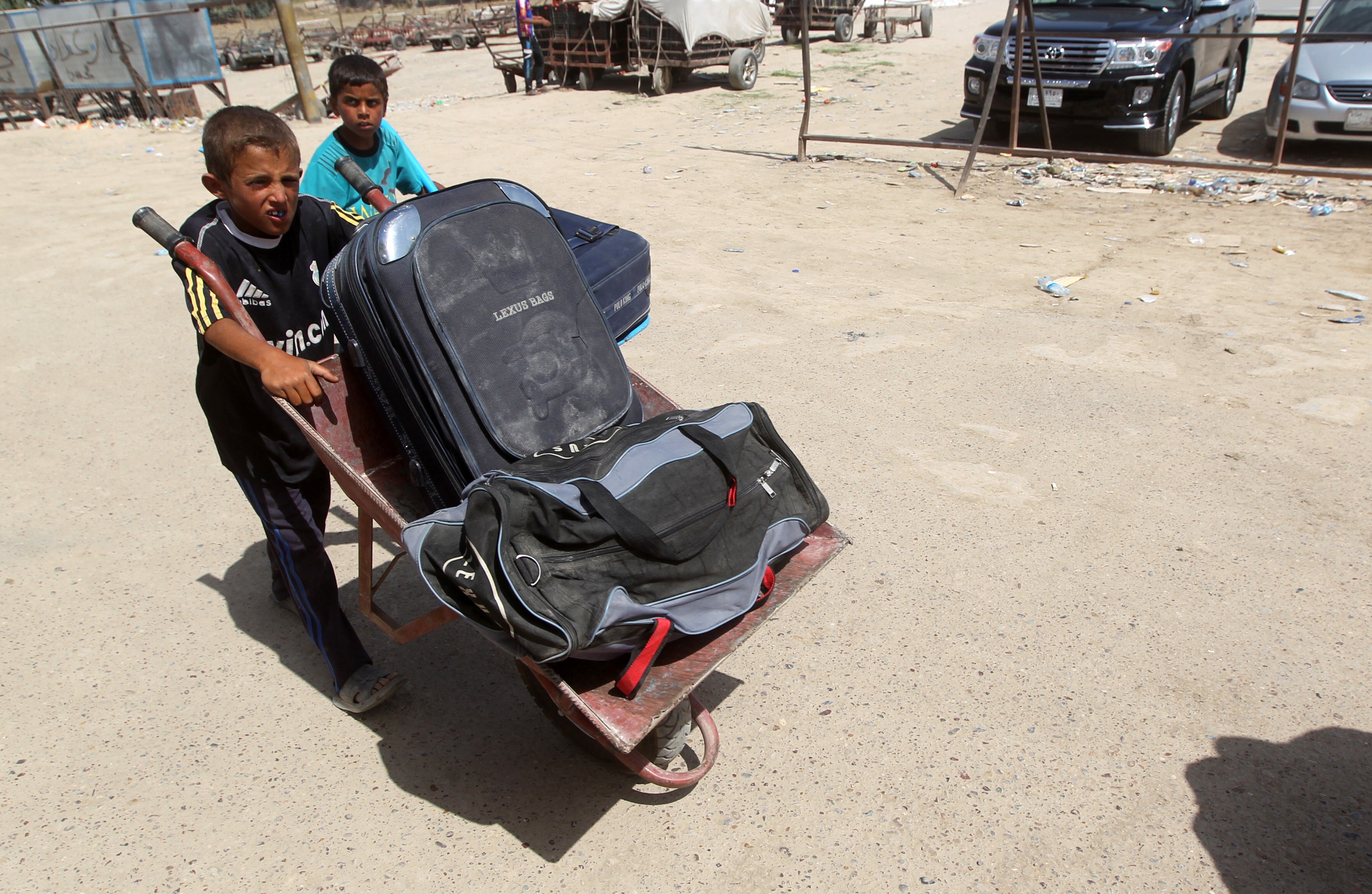 BAGHDAD -- Thousands of displaced people fleeing from Ramadi and the violence in Iraq's western Anbar province poured into Baghdad on Wednesday after the central government waived restrictions and granted them conditional entry, a provincial official said.

The exodus is the latest in the aftermath of the fall of the city of Ramadi -- the capital of Anbar, Iraq's largest Sunni province -- to the Islamic State of Iraq and Syria (ISIS) over the weekend. The Shiite-led government in Baghdad is struggling to come up with a plan to reverse the stunning loss of the city, pledging a counter-offensive and relying on Iranian-backed Shiite militiamen to join the offensive.

Athal al-Fahdawi, an Anbar councilman, said that thousands of civilians from Ramadi who were stranded on open land for days, are now being allowed to cross a bridge spanning the Euphrates River and enter Baghdad province.

On Tuesday, Anbar local officials said five of the displaced residents died from exhaustion in Bzebiz area, where the displaced had been forced to stay as they were kept away from Baghdad.

According to the International Organization for Migration, more than 40,000 people have been displaced from Anbar province since Friday, when ISIS conquered Ramadi. In the past, people fleeing Anbar have been prevented from entering Baghdad due to fear that militants might mingle in with the crowds and sneak into the Iraqi capital.

Some Iraqi politicians even accused the refugees of enabling a wave of suicide bombings in Baghdad earlier this year.

Meanwhile, residents still left in Ramadi told The Associated Press over the phone on Wednesday that ISIS militants were urging them over loudspeakers not to be afraid and to stay in the city, already suffering from acute shortages of food and medicines. However, ISIS fighters were not preventing those wanting to leave the city from going, the residents said, speaking on condition of anonymity for fear for their own safety.

It is still unknown when the expected wide-scale operation to recapture Ramadi and other cities will start.

Baghdad officials and leaders of the so-called Popular Mobilization Units, which consists of a number of Shiite militias who are fighting on the side of the Iraqi military and security forces, have repeatedly said they need time for a military buildup and reconnaissance.

CBS News' Clarissa Ward reported that with the Shiites massing for an expected offensive in a largely Sunni province, there were fears mounting about a possible outbreak of sectarian fighting.

The Shiite militias have been key to victories against ISIS on other fronts north of Baghdad in recent months. But they have also been widely criticized over accusations of extrajudicial killings of Sunnis, as well as of looting and torching Sunni property -- charges militia leaders deny.

When ISIS launched its blitz last year and entire cities and towns fell into the hands of the militants, the Iraqi government at first took only defensive measures and in many cases, soldiers and Iraqi forces abandoned their posts and fled in the face of the ISIS assault.

Military operations to retake entire swaths of Iraq that had fallen to ISIS began only months later. The U.S. launched its airstrikes campaign in August.