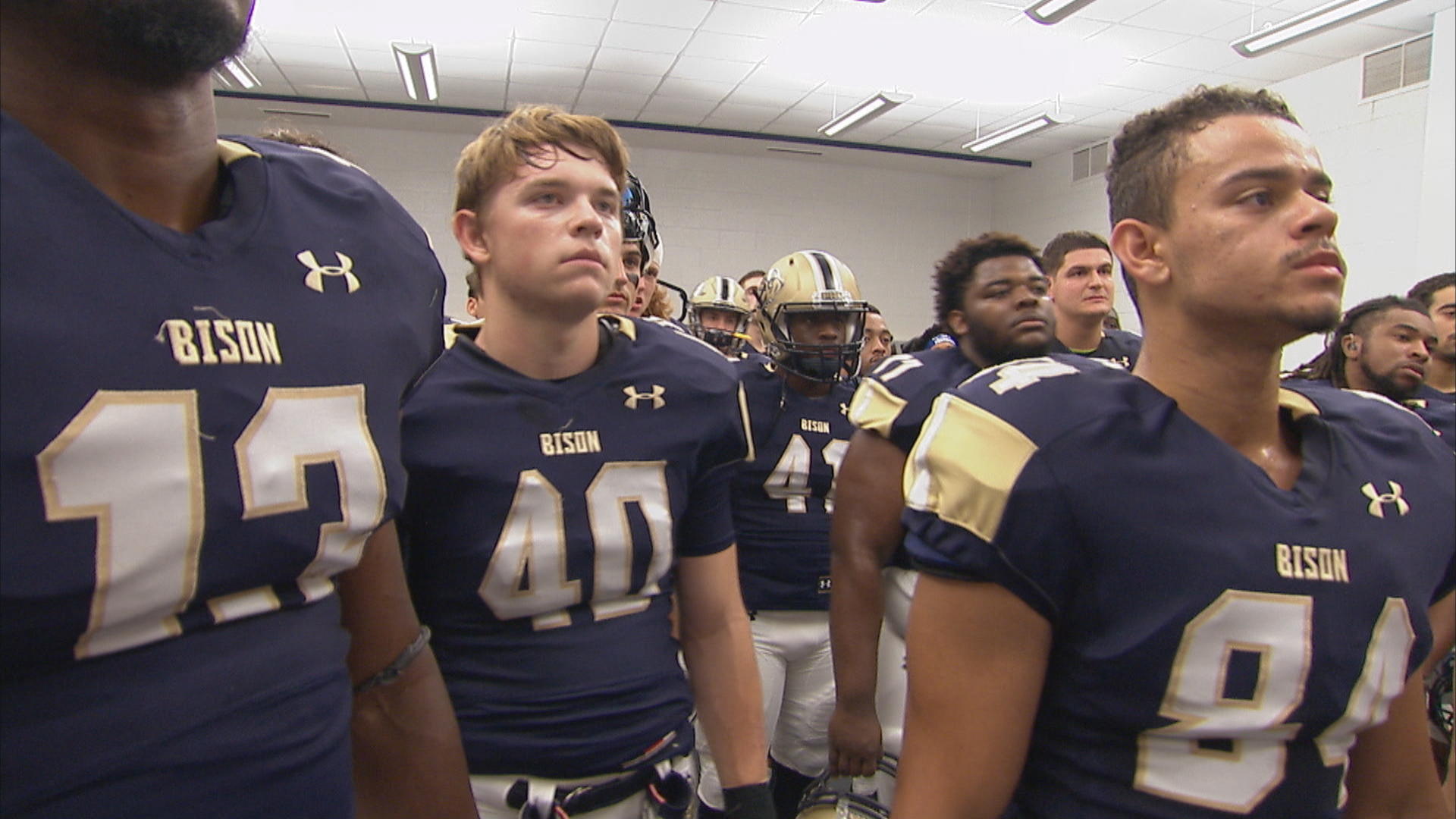 In our ongoing series, A More Perfect Union, we highlight how what connects us as Americans is deeper than what divides us. Sports, like football, are often great unifiers, transcending race, religion, and nationality. At Gallaudet University in Washington, D.C., the Bison football team is tackling lessons beyond the field.

The cheerleaders perform the National Anthem with no music and no singing – just hand gestures signaling "our flag was still there." And with that, the Gallaudet University Bison – "America's Deaf Team" as they call themselves – take on the Anna Maria Amcats.

"It doesn't matter, you know, you're deaf, hard of hearing, hearing. You know the other team, they're showing up to play a game," said Coach Chuck Goldstein.

Goldstein has to lead the team without doing what coaches typically do: yelling or blowing a whistle.

"Sometimes, you'll see the whistle will go early, but our player doesn't hear it, and he runs like 90 yards and he turns around, and you know," Goldstein said.

"We just, like, watch the football. The quarterback, he taps the center and we just go, when the football snaps," Watson said.

At first, he and his hard of hearing teammates Daequan Taylor and Rashard Witherspoon had a tough time seeing eye to eye.

"I'm not gonna lie; team chemistry was hard," Watson said. "It's like hard to communicate with each other, 'cause some players on the team don't know sign."

Half of the players are deaf, others are hard of hearing. To have enough players to compete, each year, Coach Goldstein integrates into the team a few mainstream hearing athletes.

"Our recruiting pool is limited. It's limited so it's kind of a struggle. We have people who are lookin' online every day for a deaf, hard of hearin' athlete. Go and google. Try," Goldstein said.

That's how they find players like Daequan Taylor, a defensive standout from Hampton, Virginia, where sports are a religion. But, Taylor thought he had blown his chance to play college ball.

Then, he got an opportunity to join the Bison.

"So, how I fell in love on my visit, it was like deaf people, they knew I couldn't sign, but they still accepted me," Taylor said.

It was an unfamiliar feeling for Taylor, whose mother died when he was in the 7th grade. He spent his teenage years bouncing around different friends' homes.

Now a junior, sign language comes as easily to Taylor as football. Gallaudet was a shot at redemption.

"Really, it helped me become a man. Where I'm from is, like, a bad area. Jail, dead, or you sell drugs, honestly. So, when Gallaudet, like gave me a chance to like play football, I was like, 'I'm not, like, riskin' it again. I'm not,'" Taylor said.

These roommates are a testament to the power of communicating without saying a word. Witherspoon credits patience.

"And you know, we're willing to slow things down," Witherspoon said.

"We just became close," Taylor said. "Became brothers. Like, we was brothers on the football team, but like now, us three just different. We could understand each other without like, not sayin' nothin'."

Today, about 12 percent of Gallaudet students can hear. The school will likely have to continue blending these communities and redefining itself without sacrificing its cultural identity. How? Well perhaps, the football team can help pave the way.