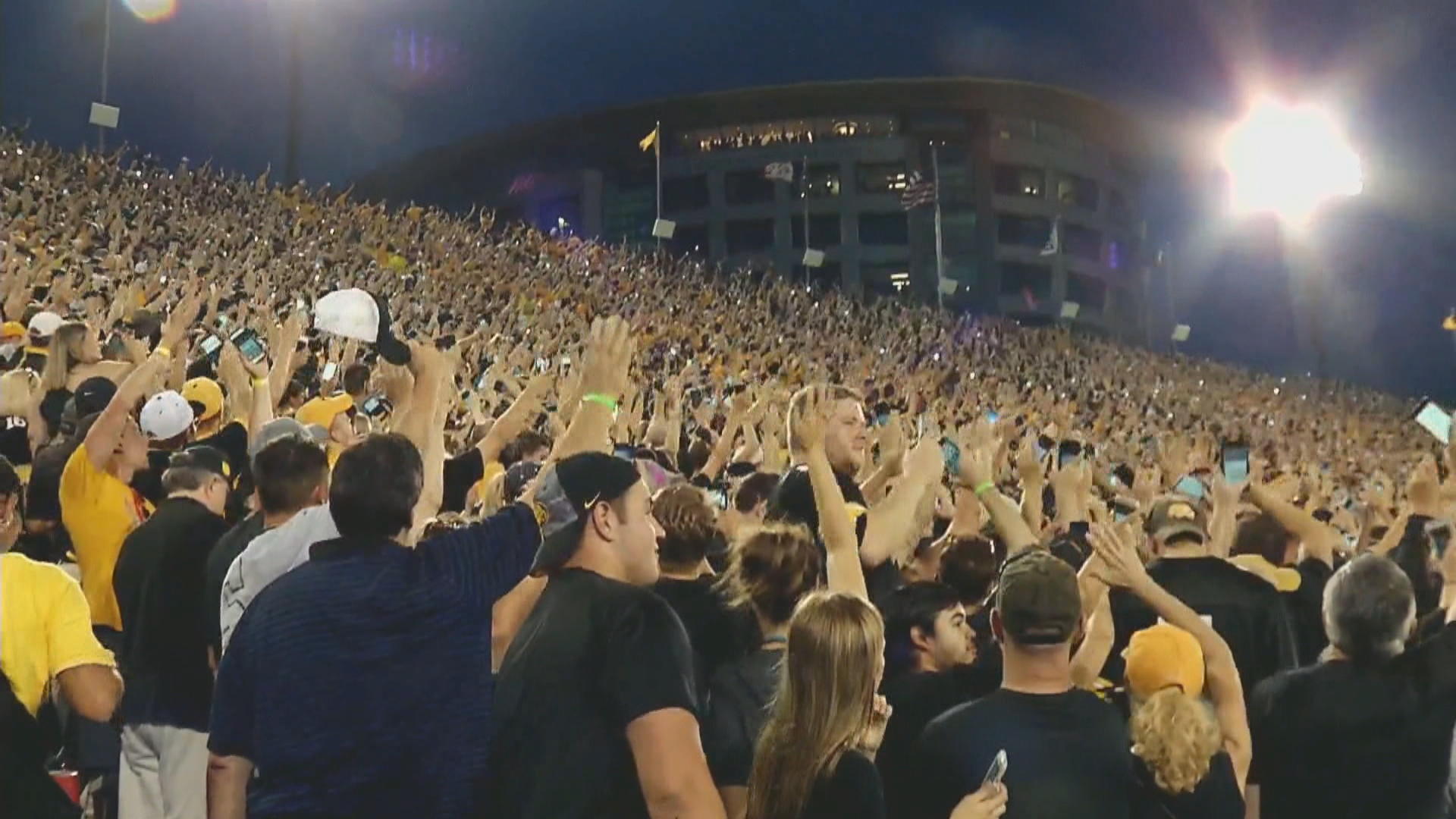 This piece originally aired on November 2, 2017.

Our series "A More Perfect Union" highlights stories showing that what unites us as Americans is far greater than what divides us.

In this installment, we head to Hawkeyes country in Iowa, where a children's hospital opened next to the University of Iowa's football stadium. Tens of thousands of fans have started a new tradition to deliver hope to the young patients there, but the ties between the team and those kids runs even deeper.

On game day, the stadium crowd is a sea of black and gold, 70,000 strong. As the first quarter comes to a close, Hawkeye fans turn in unison to wave and smile at the patients at the university's children's hospital, reports CBS News correspondent Dana Jacobson.

Dozens of kids at the hospital now have the best seats in the house.

Twelve-year-old Kaden Kelso was one of them.

"The first time I saw the wave, it's hard to explain — it's just really cool," Kaden said. "It makes you feel really important and that's just awesome, especially when you're in a hospital and you're sick. It makes you feel a lot better."

That giant hug is just the latest display of the deep bond between the team, its fans, and the children and families at the hospital.

"I think the proximity of the new hospital is just a constant reminder of what's really important and, the battles that are being fought over there," Mary said.

"It's just provided a real opportunity for our players to spend time with people that are a little bit less fortunate," Kirk said

Kaden spent about a month in the hospital after doctors found and operated on a tumor on his lung. During his stay, a hometown hero, Hawkeyes wide receiver Nick Easley, paid him a visit.

"We just talked about football. And he was just saying, 'hey, kid,' and then he gave me his playing gloves and he told me that I'm an inspiration," Kaden said. "It meant a lot coming from him. He's just a really good football player and I really like football."

He said the visit made his time at the hospital "a lot easier."

"I just think about him and, you know, all the kids up here going through a lot tougher things than we are out there. You know, it puts some perspective on it," Easley said.

Football players are often found walking the halls of the children's hospital. It's a connection that's helped them win over a few new fans. Like Sam Davidson, who at age 4 was already loyal to the Hawkeyes' in-state rival, Iowa State. Sam spent several months undergoing high-dose chemo at the hospital after brain surgery. Now, he's a fan of both teams.

Akrum Wadley, a senior, has been spending time with the hospital's young patients since early on in his Hawkeyes career.

Asked what his coach has said about the relationship players have with the kids, he said, "I remember in the locker room he talked about how strong the kids are. He always reminds us there's some people that got it worse than us. And he also reminded us that we not as strong as them."

"They're real heroes. And the great stories are over there," Kirk Ferentz said. "I would say is the impact's really more on us, and that's something I always try to remind our players. Then just this wave concept is just an organic thing. Like most things, it's simple yet so powerful. And in these times, it's nice to have something that really unifies people for a good cause."

Kirk and Mary Ferentz have also been longtime hospital benefactors. Earlier this year, they donated a million dollars to fund research aimed at improving the survival rates for premature babies. The gift was made in memory of their granddaughter, Savvy Elizabeth, who was born at just 21 weeks and did not survive.

And some great news about Kaden and Sam: both got clean scans and have returned home with their families.

Historically, the economy performs better under a split Congress