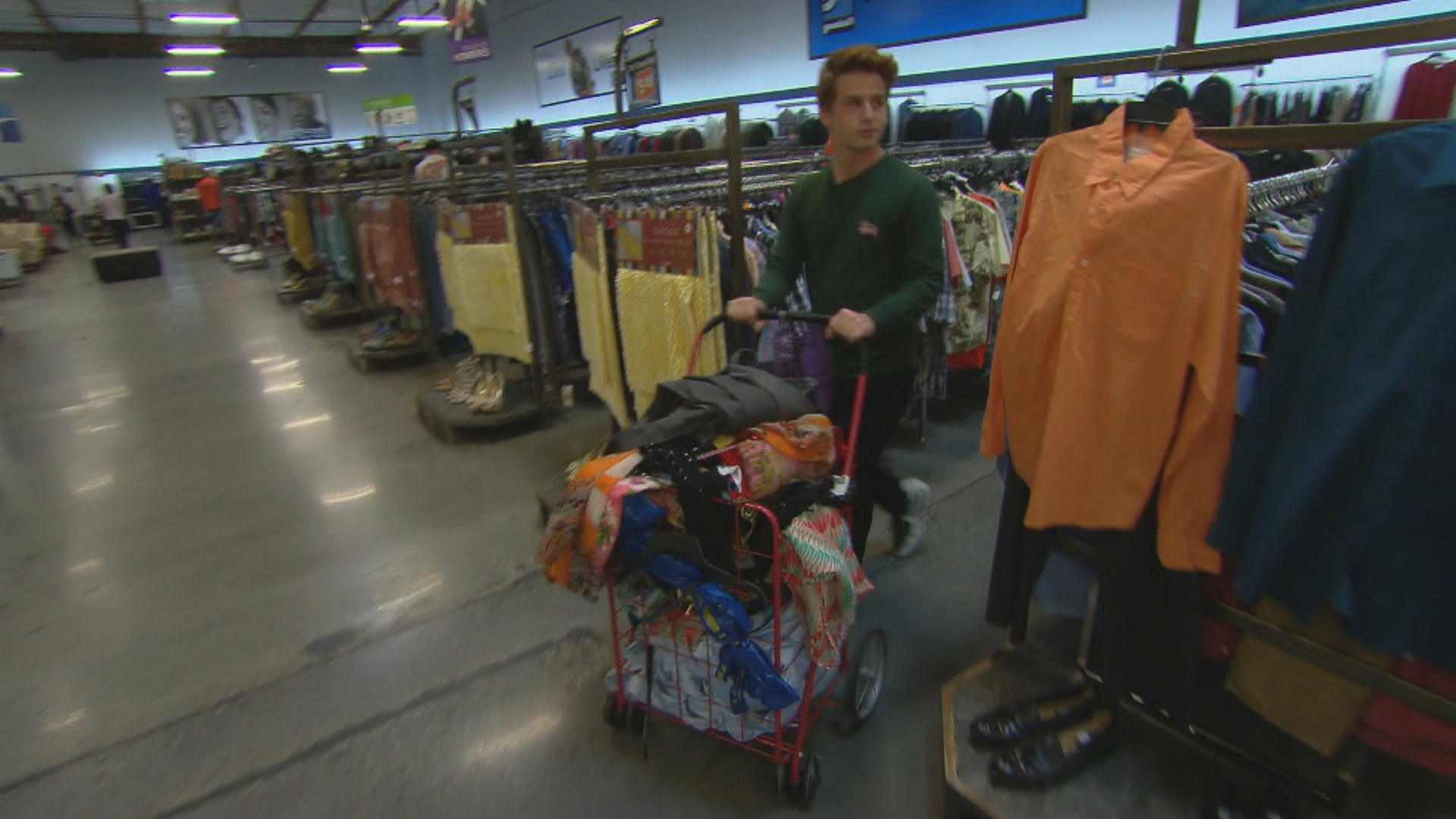 Our series "A More Perfect Union" aims to show that what unites us as Americans is far greater than what divides us. We're introducing you to two strangers who've come together to help the homeless. It began with a teenager's passion to put a new spin on clothes from thrift stores.

While most teenagers are piecing together their weekend plans, Dillon Eisman's life has one common thread: his sewing machine, reports CBS News' Jamie Yuccas.

"What you wear really makes a difference in how you feel inside and I think that's kind of what sparked my interest in designing," Eisman said.

But the 17-year-old doesn't design for himself or his friends, he takes used clothing from thrift stores like Goodwill and transforms them into trendy pieces for people who are homeless or just scraping by.

The Malibu, California, teen says the inspiration for this project came three years ago after visiting a homeless shelter at the Los Angeles LGBT Youth Center with his parents.

"When you actually get to meet people who are on the streets, it's just -- it really changes inside of you and you feel like you have to have like a mission to help out," Eisman said.

But first, he had to learn how to sew. Eisman turned to the internet and soon enough adopted his motto: Upcycle, uplift.

"I thought to myself I could really do this for a lot of people and make them feel good," Eisman said.

"I kind of do get a lot of damaged or stained or super outdated stuff so then I reached out to him when I saw what he was doing and I was like this is great," Adler said.

Every couple of weeks, Adler looks to Eisman to take someone's trash and turn it into something special.

On the day we visited the pair at a homeless encampment in Venice, Eisman's designs didn't sit on the rack for long.

It's that sort of response that drives Eisman. He's started a nonprofit called, fittingly enough, Sew Swag. The teen hopes one day he can take his mission worldwide, ensuring no one who receives secondhand clothes ever feels second rate.

"I'm already interested in fashion and if I could use that to help others, it's just a win-win," Eisman said. "It's just the beginning."