I never understand why some people object to movies wherein the surface is the primary element and the rest is not necessarily subjugated but at least is entirely informed by that element. (Naturally, a Brian De Palma fan like myself would say that, but I digress.)

Belgian directors Hélène Cattet and Bruno Forzani broke through a few years back with Amer, their sleek, highly stylized tribute to (or extension of) Italian giallo thrillers, the sort that Dario Argento got his start doing and brought to an apex with the 1975 Deep Red. But their twist was to inject predominately the architecture of the genre into the realm of the experimental film.

As I wrote back then: "The movie focuses on the emphatic sensual film styles of Mario Bava and Argento, distilling the maddening sound designs, architectural camera angles and tremulous carnal physicality. Cattet and Forzani don't dwell on the mechanics of the plot. It only exists to execute a sort of theme and variation on violence and sensuality, all conveyed with the bold reds, blues and greens that marked, among others, Argento's seminal Suspiria."

But that all said, and as Nicolas Winding Refn (Only God Forgives) can now attest, there is admittedly something to be said for discipline. Everything that applied to Amer is ramped to 11 in their new film The Strange Color of Your Body's Tears, so much so that Cattet and Forzani's style, which previously felt like a thrilling abstraction, now comes off as something of an artistic dodge. Or, more troubling, an act of aesthetic drag.

The haze of a plot concerns the actions of a husband who arrives home from a trip to Brussels and discovers that his wife is gone and the front door to his flat has been chained from the inside. He meets a domi-neighbor who may hold a clue to figuring out what exactly happened while he was away. Or she may just hold instruments of torture and pleasure.

As much as the premise promises pulp tricks and games, what actually transpires is more of an IKEA catalogue of kink -- broken glass, doorknobs, lace and leather, all fleetingly glimpsed before each hyperactive edit whisks the eye to the next twisted shot. And much like IKEA, you either want it all or you probably want none of it.

The Strange Color of Your Body's Tears plays at St. Anthony Main Theater tonight at 9:55 p.m. It is the only remaining screening scheduled for the film. 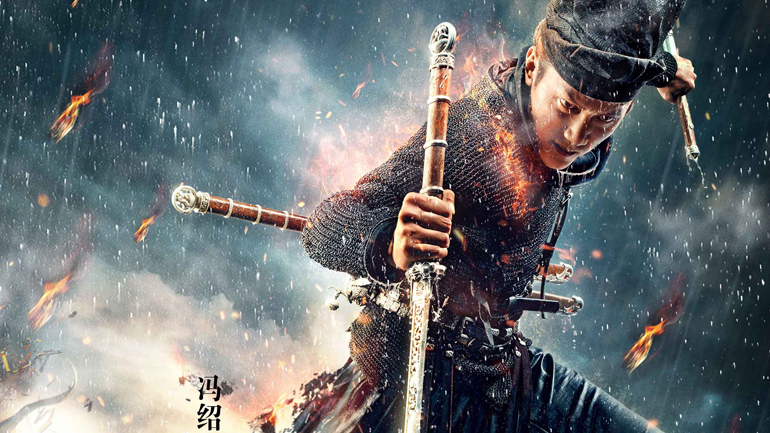 Borgman (Alex van Warmerdam; Netherlands) Wednesday's actually shaping up to be a very active day at MSPIFF for genre fans. This Dutch thriller from director Alex van Warmerdam, which wowed audiences at Cannes last year, is a disquieting but also subversively humorous spin on the home invasion genre. With nods to Michael Haneke (Funny Games), and a few rude shocks along the way, horror fans shouldn't pass this one up. (9:45 p.m.)

Class Enemy (Rok Bicek; Slovenia) Less overtly slavish to genre but no less gripping, Class Enemy was loosely based on events that happened at director Rok Bicek's own high school. A group of students gang up on a teacher after they come to the conclusion that a fellow student's suicide was the direct result of the teacher's discipline. A darker variety of your usual teen rebellion fare. (4:30 p.m.)