PHILADELPHIA (CBS) -- Whether you're heading to the shore, or maybe a little farther this Fourth of July weekend, expect big crowds. Americans are breaking free this Independence Day at near pre-pandemic levels.

AAA predicts nearly 48 million people are traveling 50 or more miles from home this holiday weekend, which is up 3.7% over last year.

The bigger surprise – a record 42 million people are going by car.

"It's going to surpass all numbers since the year 2000, so we are up there. And the pent-up demand is definitely showing," Paula Twidale, the senior vice president of travel for AAA, said.

That demand is enough to override consistently high gas prices, though a drop in the global price of oil helped shave about nine cents off the average price per gallon. 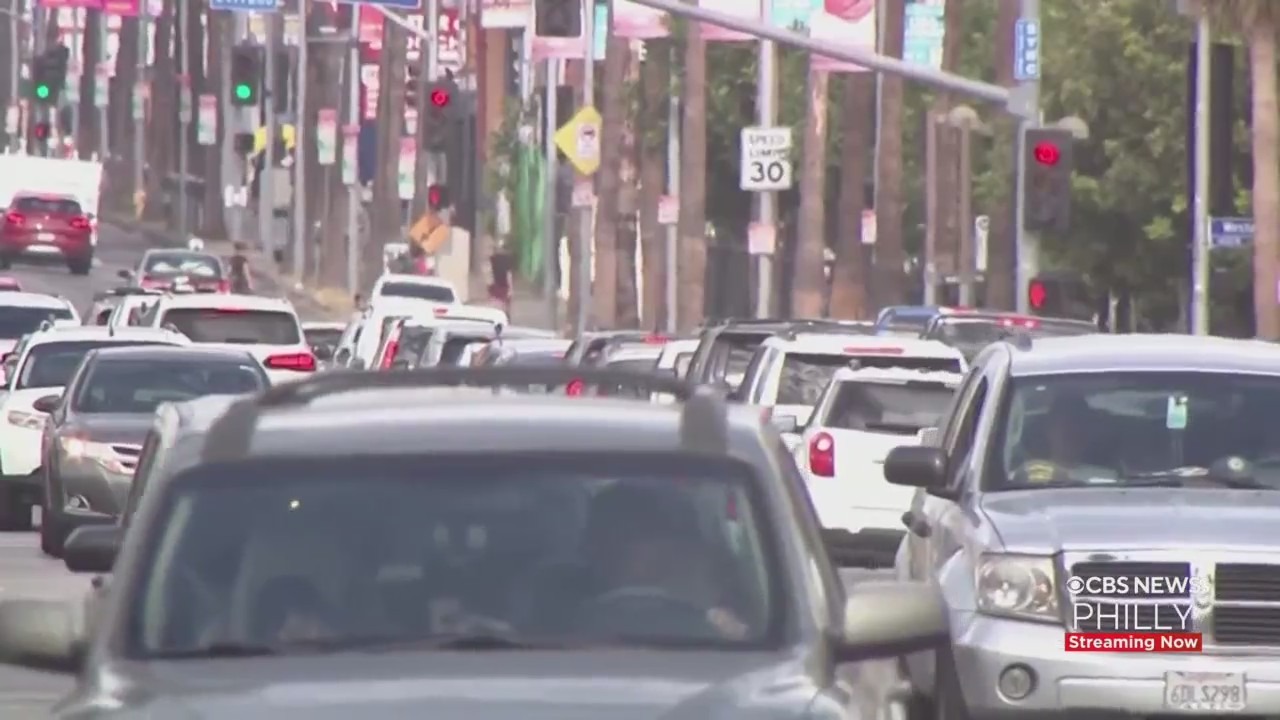 "I filled all three cars up today, and I'm probably gonna fill them up again," Joe Ober said. "Whatever I have to do to fill them up through at least the Fourth."

But some are choosing to spend the holiday at home.

It may be a tougher go for air travelers.

"We're expecting to have some troubles, kinda just roll with the punches," Leah Vidovich said.

Tickets are pricey, cancellations are common, and staffing is short – factors that could continue through the summer.

"You've got to expect a lot of people traveling in a very condensed period of time and with not a lot of options to rebook," Twidale said.