MEDFORD, N.Y. (CBSNewYork) -- A man and woman have been arrested in connection with Sunday's execution-style murders at a Medford pharmacy that shocked the Tri-State Area and left four people dead.

Suffolk County Police arrested 33-year-old David Laffer Wednesday morning and have charged him with 1st degree murder and resisting arrest.  Laffer will be held overnight and is schedule to be arraigned Thursday at First District Court in Central Islip.

Laffer's wife -- 29-year-old Melinda Brady -- was also arrested for 3rd degree robbery for what authorities called "her involvement in the robbery."  She was also charged with obstructing governmental administration.  She is also scheduled to be arraigned on Thursday.

WCBS 880's Peter Haskell With More On The Arrest

Police have scheduled a 10 a.m. press conference at Suffolk County Police headquarters Thursday to provide further details on the arrests.

Police removed Laffer and his wife from their home at 30 Pitchpine Place in Medford at about 9:30 a.m. Wednesday.

"It is my hope that the families of those felled this past Sunday may draw a modicum of comfort in knowing that the authorities acted with laser focus to remove from the streets a suspect related to these horrible, despicable crimes," Levy's statement read.

Next-door neighbor Peter Spano said he saw Laffer being taken into custody. The home had apparently been under police surveillance since Tuesday.

"It looked just like him except without the beard. The guy doesn't weigh more than 90 pounds wet.  His head was down, he was beat down -- looked like somebody who was beat down," Spano told D'Auria.

As many as 40 law enforcement officials entered the home Wednesday morning, which is about a half mile from Haven Pharmacy, where the massacre occurred.

A wedding announcement of Melinda Brady & David Laffer appeared in the New York Daily News on Jan. 11, 2009. According to the announcement, Laffer works in "logistics shipping and receiving."

Laffer was a hockey enthusiast and proposed to his wife at an Islanders game in 2006, popping the question on the JumboTron for everyone to see.  Trish Bohlert was at the couple's wedding.

"He used to play with his nieces and nephews in the street over here," Bohlert said, "just a very nice guy."

Defense Department officials also confirmed to CBS 2 that Laffer spent time in the military as a reservist in the Bronx.

Among those who rushed to the chaotic scene was the eldest daughter of victim Jamie Taccetta. Miranda Taccetta, 16,  said that she came to the scene looking for closure.  Taccetta's grandmother arrived on the scene and was shaking as she delivered a message to the man who killed her granddaughter.

"You're the devil and God always wins out," she said. "Your day will come."

Area residents seemed to be stunned by the police activity, and the possibility that a killer may have lived next door.

"He seemed like a nice guy. I didn't think he'd do something like this. He didn't seem like a drug addict or nothing like that," Schwartz told McLogan. "It's just unbelievable; it's too close to home."

The break in the case came on the same day as grieving friends and family members were saying goodbye to the victims.

Pharmacist Raymond Ferguson, 45, Jennifer Mejia, 17, and customers Bryon Sheffield, 71, and the 33-year-old Taccetta were shot execution-style at the Medford pharmacy. The gunman then picked up prescription drugs and calmly walked out.

Mejia was supposed to attend her senior prom Wednesday night before graduating from Bellport High School in Brookhaven Thursday. Instead, her wake was held in Patchogue.

Walking out of the funeral home in his prom tuxedo, one of Mejia's classmates wiped away tears knowing his friend will not be at the prom.

1010 WINS' Al Jones Reports From The Mejia Wake In Patchogue

"It's going to be tough.  I mean, we'll remember her. I'm not going to forget her. She's a great friend and I am going to miss her," Reynado Altamara told 1010 WINS' Al Jones.

"It's a weird feeling knowing that...he was around us, you know?  I'm glad he was stupid enough to stay around," Jossalyn Mejia, a classmate of Jennifer's, told CBS 2's Pablo Guzman.

"Even if we didn't know her, it's like hard to believe.  We went to school with someone and they're gone and we won't see them again," Kwana Harris, another classmate, said.

A portrait of Mejia, who would have graduated on Thursday, was signed at the dance and will be presented to her family.

"It hurts, it's not easy, but like I said we're doing everything for her family," Assistant Principal Brian Norton said.

Relatives and friends of Ferguson gathered to mourn their loss as well.

"He was my collegaue and my friend. He was just a real class act. He's the type of person who you felt honored to be friends with," Margaret Tsopanarais said. 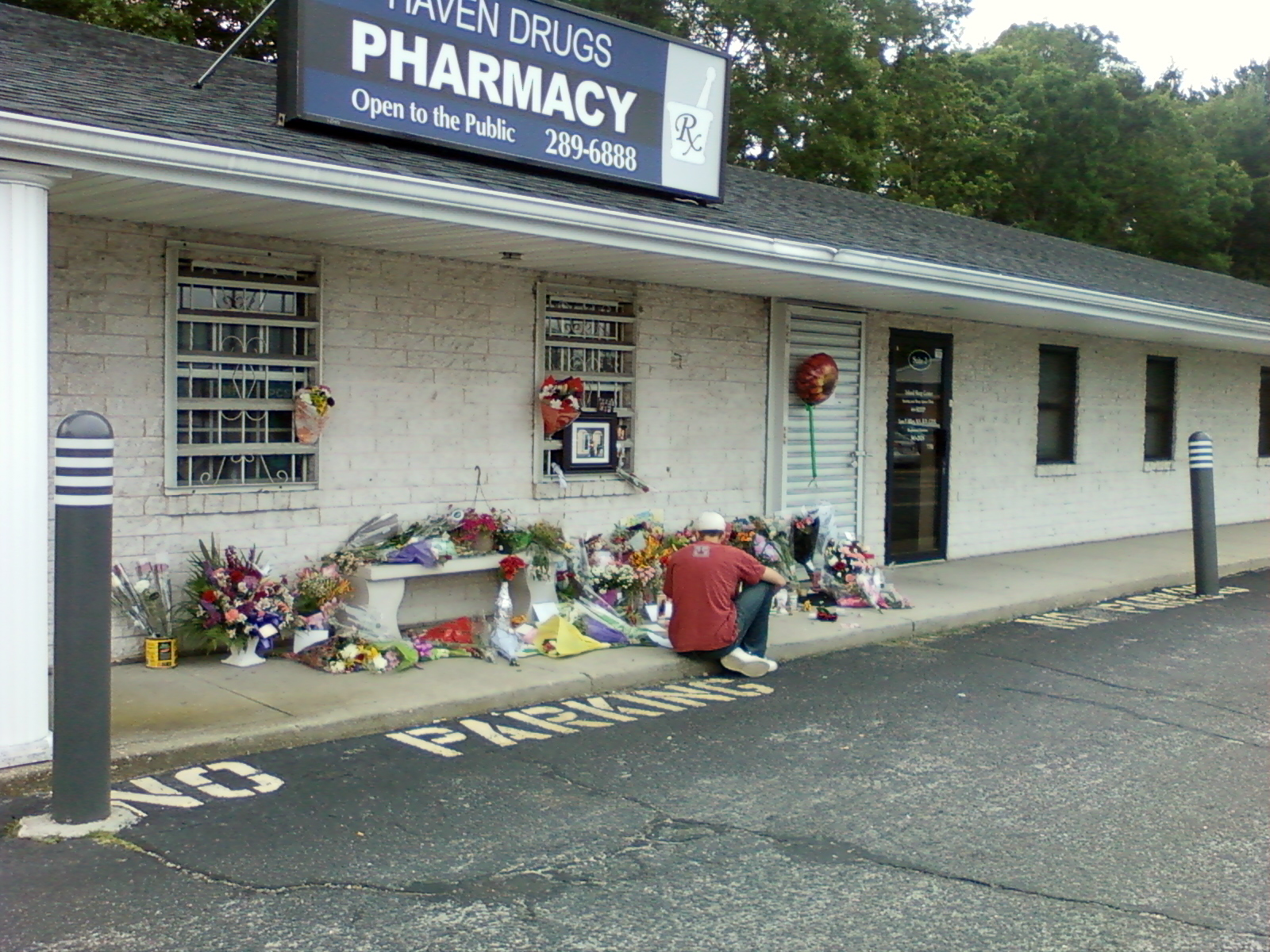 At the scene of the crime, people were dropping off flowers for the victims and saying how relieved they were about the possible break in the case.

Samuel Hernandez, who knew Ferguson, said he believes the death penalty -- which New York doesn't have -- is appropriate for the crime.

"This guy, he doesn't deserve to go to jail for life. He deserves to be put to...executed somehow," he told 1010 WINS' Mona Rivera.