WEST MILFORD, N.J. (CBSNewYork/AP) — A New Jersey man who spent three weeks looking for survivors in the days after the 9/11 attacks is using billboards in a push to have his kidney disease added to the list of covered conditions by a fund to help Ground Zero workers with health problems.

Mike Megna has a rare kidney disease he believes was caused by dust from the rubble of the fallen World Trade Center towers. 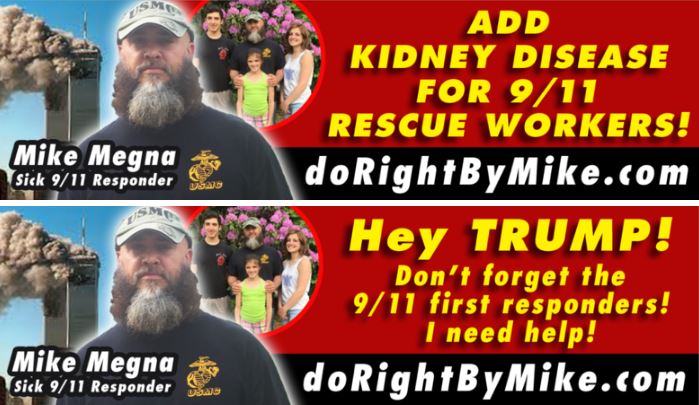 "In 2007, I started urinating blood. It was determined I had a kidney disease. What's happening to my body is my bone marrow is producing some sort of carcinogen. My kidneys are at 45 percent and failing," he said in a video posted to his website.

He said he has been waiting eight years for his disease to be certified.

"How much sicker do I have to get?" he asked.

A spokeswoman for the federal Centers for Disease Control and Prevention, which administers the fund, says there's not enough evidence yet to connect the condition to Ground Zero.