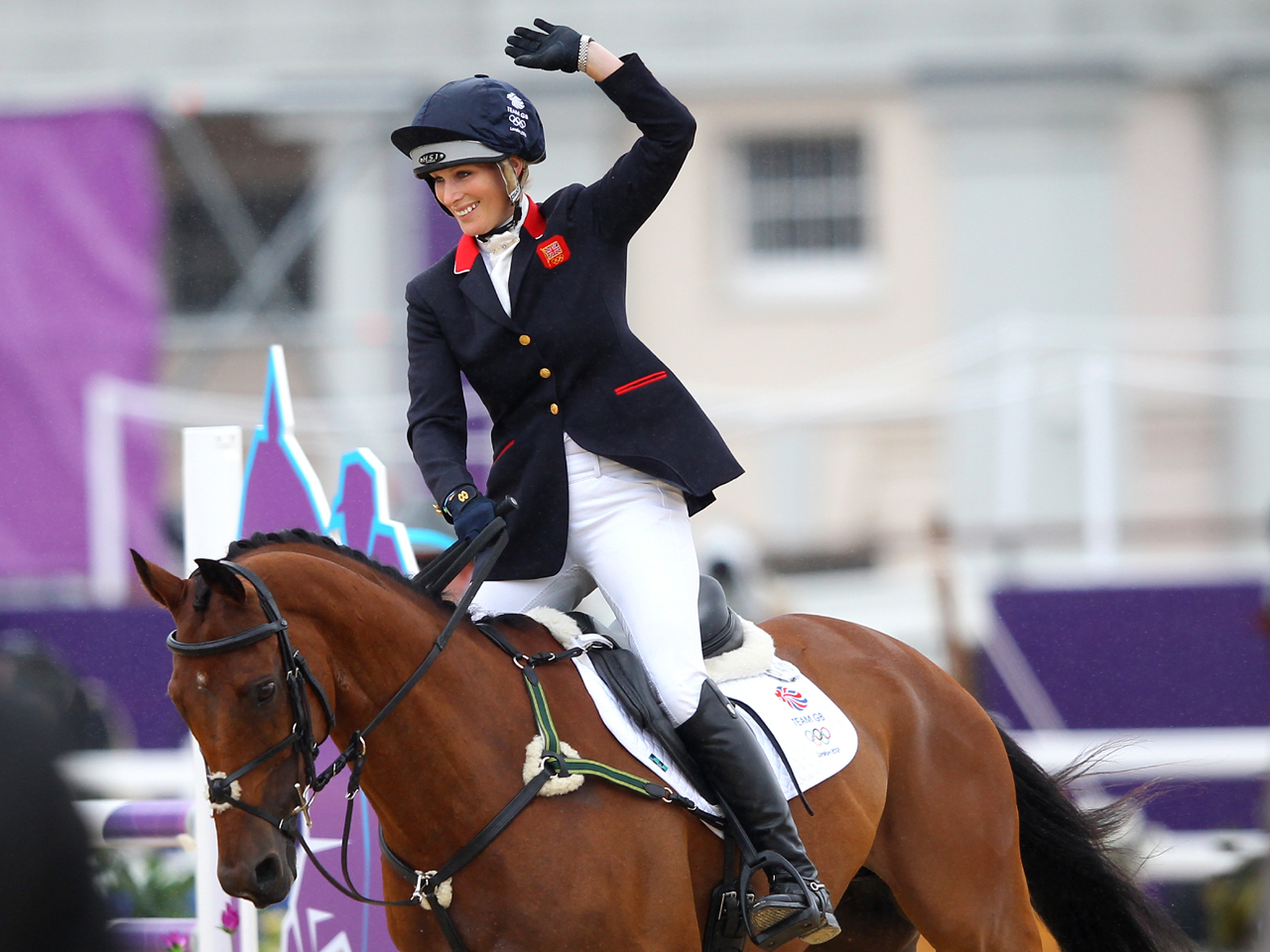 (CBS/AP) LONDON - With her cousins cheering her on for the second day in a row, Zara Phillips helped team Britain to a second-place finish behind Germany in Olympic equestrian eventing.

Prince William, Kate and Prince Harry were in the stands to cheer on their cousin - the daughter of Princess Anne and eldest granddaughter of Queen Elizabeth II - as she competed in the show jumping final portion of the three-discipline event.

After racing through the treacherous cross-country course on Monday without any penalties, Phillips knocked down a rail on the second jump Tuesday in the stadium at Greenwich Park. Teammate Nicola Wilson knocked down one as well, dashing Britain's chances for gold.

Nevertheless, Phillips' combined score of 53.1 from three days of competition was low enough that she advanced to the individual show jump final Tuesday afternoon where she had a clean, penalty-free round but did not win an individual medal.

Eventing combines the discipline of dressage with the endurance of cross-country and skill of show jumping.

Germany went into the event atop the standings and maintained the lead throughout, ending with a final score of 133.7. Britain's final score was 138.2, while New Zealand had 144.4. The United States was seventh with 208.6.

"Unfortunately we couldn't quite do it," Phillips said. "We can't be disappointed with a silver medal because it's an amazing thing to be here."

In the show jump phase of the team event, Phillips incurred four penalty points when her horse, High Kingdom, knocked down the second fence. He completed the rest of the course cleanly, albeit a bit over the 83-second limit. The crowd gasped when the rail came down but applauded warmly as she finished.

"It was my fault," Phillips said. "After that he jumped fantastically."

Phillips, a former world and European eventing champion who is 14th in line to the throne, said she had put High Kingdom in a tough takeoff spot as she approached the jump, leaving him little room to maneuver.

"I'm just disappointed for the team," she said.

She said she appreciated the effort her relatively inexperienced bay gelding gave her, given he lost two shoes during the arduous cross-country portion of the event on Monday.

Then, the 31-year-old scored a penalty-free ride through the treacherous course, negotiating High Kingdom over 28 obstacles and a slippery course that claimed a dozen fallen riders. Her score helped bring Britain into second place in the team standings behind Germany heading into the final portion of the event.

As they did on Monday, William, Kate and Harry watched the competition from the VIP section of the main equestrian arena, joined by Camilla, Prince Charles' wife, and Phillips' mother Princess Anne, herself an Olympian eventing competitor.