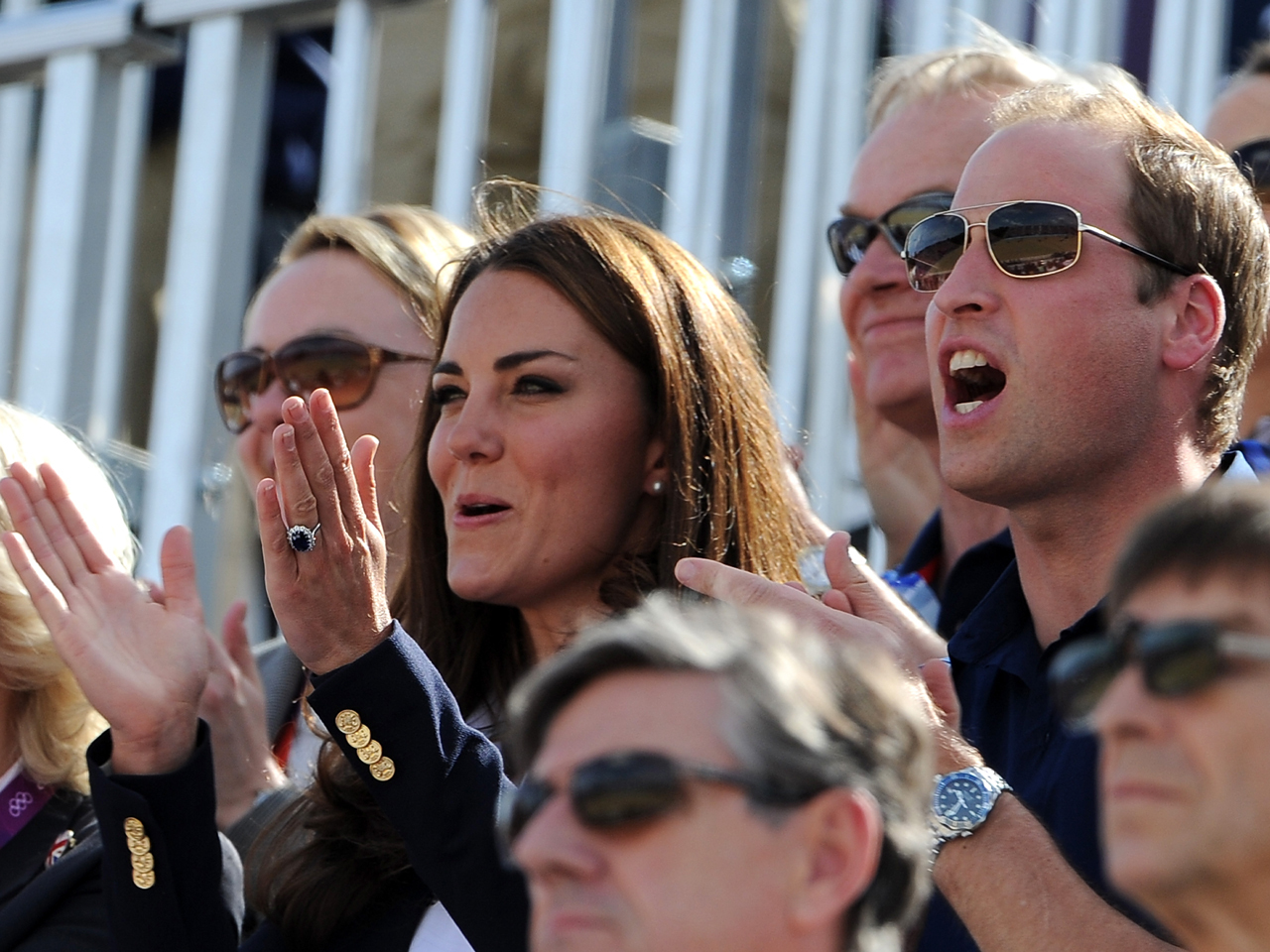 (CBS News) Prince William, Kate and Prince Harry were all on hand to cheer on their cousin Zara Phillips as she competed in an Olympic equestrian event on Monday.

Princess Beatrice, Princess Eugenie and Camilla, Duchess of Cornwall, were also on hand to watch the equestrian event.

That wasn't the only Olympic event the royals attended that day - William and Harry were also in the stands during the men's gymnastics finals, where the British team won the bronze medal.

On Sunday, William sat with David Beckham to watch the British men's soccer team defeat the United Arab Emirates' squad at Wembley Stadium. That same day, Phillips had a different Olympic audience for her first equestrian event - her grandfather, Prince Philip, Duke of Edinburgh, and her mother, Princess Anne.