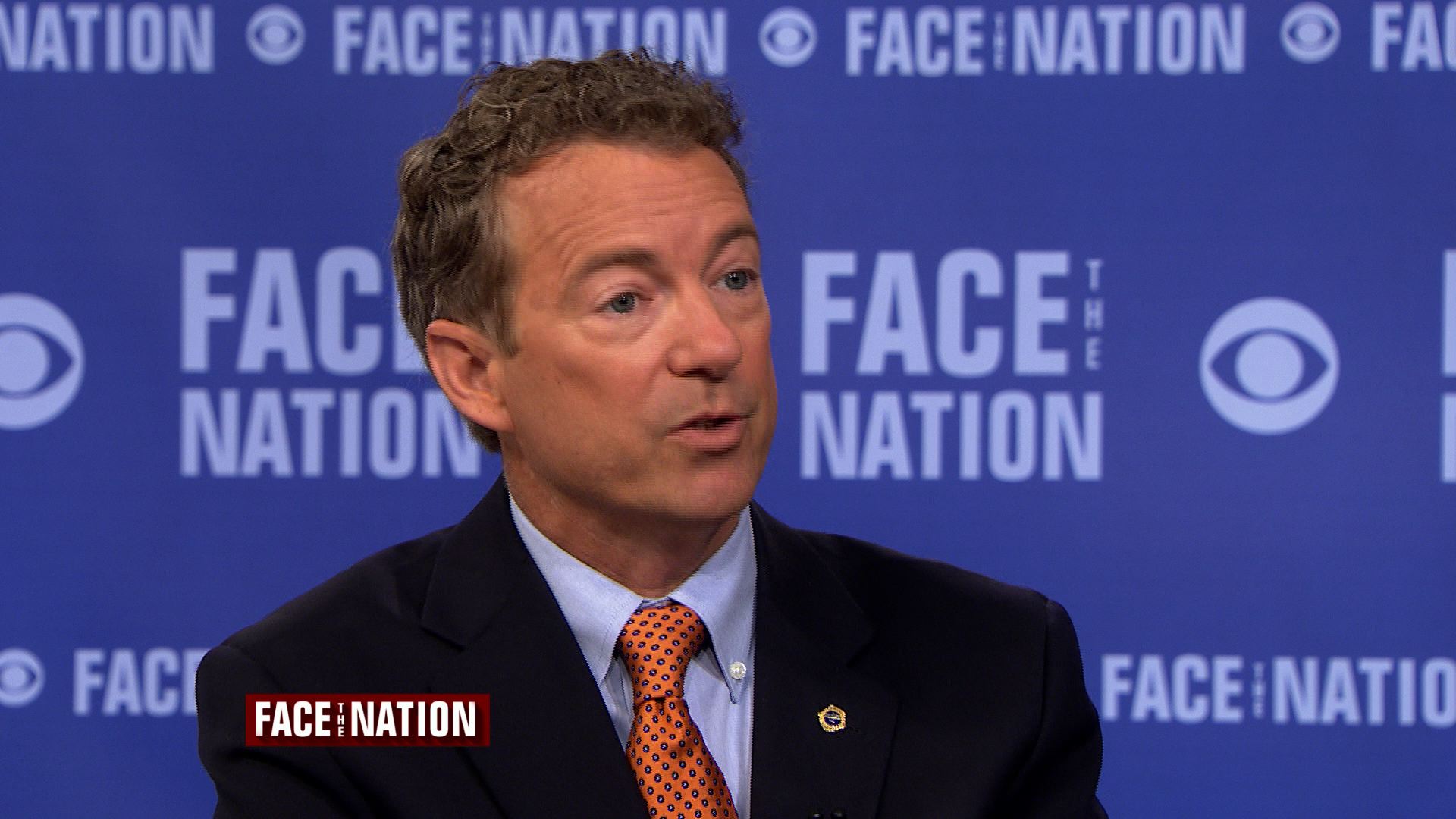 Sen. Rand Paul, R-Kentucky, says he's one of the most conservative members of the Senate on issues like spending, taxes and demanding balanced budgets. But there's no denying that he has a whole other set of what he calls "libertarian-ish" issues that define his political ideology.

In an interview on CBS' "Face the Nation" Sunday, Paul said those issues include a belief in privacy and a reform in the criminal justice system to make sure everyone is treated fairly under the law.

"We still have a large problem in our country that, if you are black, you're not always being treated fairly under the law. And I want to fix that," he said.

Paul - who announced last week that he is running for president in 2016 - has been a vocal proponent of trying to make the party more inclusive. He says he's not finding resistance among other members of his party as he tries to do that.

In a separate interview, Republican National Committee Chairman Reince Priebus said the GOP is working on expanding the map of states where they can win.

"There's no doubt that we have to be about perfect. And the other side can be about good. And so the fact is that we do have the higher burden," he said. "When I talk to people every day, even people who are trying to defeat me in the nomination process, come up and say, 'Oh, yeah, but we do like that you're trying to make the party bigger.' So I'm not finding much objection from Republicans," he said. "It means not just showing up once every four years, five months before the election. It means talking for two and three years, in these communities, about things that we have in common before you go in and sell the final product."

Paul noted that he has traveled to Ferguson, Missouri, Detroit, Chicago and Milwaukee as part of these efforts.

"I've tried to say to the African-American population: One, I'm going to fix the criminal justice system. Two, I believe in your privacy. And three, I believe in economic opportunity," Paul said.

He has called for a $1 billion tax cut for Detroit to help the city cope push past its financial woes.

Paul also detailed his views on immigration. Unlike some in his party, he believes that people in the U.S. illegally should be able to eventually get work permits.

He said he voted against the bipartisan immigration reform bill that passed the Senate in 2013 because it limited the number of legal work visas.

As he moves forward with his campaign, Paul said his biggest challenge is going to be "portraying myself for who I am and not who people say I am" - something he says is true of all politicians.

As for his strengths, he said he was honest, genuine, and not afraid to answer questions.

"It sometimes gets me in trouble," he said. "But I try to be straight forward. And I answer the question. And I think, so often in politics, the people who rise to the top are the people who are the best at not answering questions."

Another issue that could prove problematic for Paul among GOP voters is his stance on foreign aid. He believes in ending all foreign aid, a stance for which he admits "there's not much support for" in Washington.

In particular, critics have noted his proposals would end aid to Israel. But Paul said that he shares a few similar positions with Israeli Prime Minister Benjamin Netanyahu, who told the U.S. Congress in 1996 that Israel will be stronger when it can provide for its own defenses. Paul said that the Israeli military still has to buy from U.S. defense contractors with dollars it receives from America, even though it is developing its own defense industry.

"I'm a supporter of Israel's and never have targeted them. But ultimately, every nation, really, is going to have to stand on their own two feet. And it should be like anything else we give to somebody should be temporary and transient," he said.