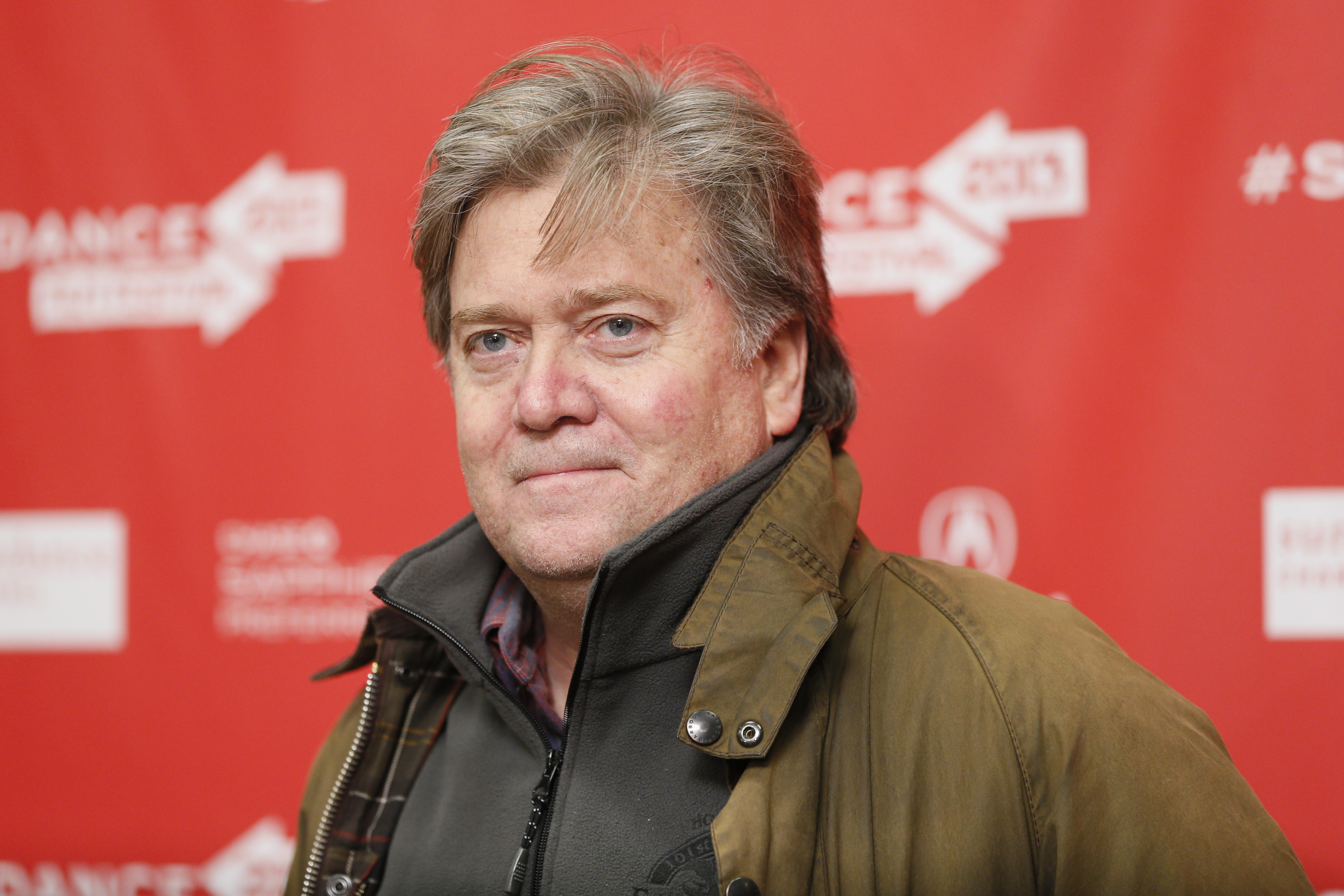 Who is Steve Bannon, the new “CEO” of Donald Trump’s troubled presidential campaign? Well, for starters, he has no real campaign experience, but does have a resume well-suited to a role in such an unorthodox effort. He’s also quite wealthy, in part due to his stake in the iconic ‘90s sitcom “Seinfeld,” which remains popular in syndication.

Before he was Breitbart’s chief executive, Bannon was an investment banker and a filmmaker

Bannon joined the Navy immediately after college, serving as an engineer and then as a navigator at sea aboard a naval destroyer. Later, he earned a master’s degree in national security studies at Georgetown University in Washington, D.C. and worked for a time at the Pentagon.

After tiring of public service at 29, Bannon switched gears and went to Harvard Business School, where he acquired skills needed to succeed on Wall Street. Shortly after graduating, he landed a job at Goldman Sachs, later moving to Los Angeles to specialize in media and entertainment investments. A few years later, Bannon opened up his own boutique investment shop, Bannon & Co., whose clients included MGM studios, Polygram Records, and Castle Rock Entertainment. (Bannon’s firm sold Castle Rock Entertainment to Ted Turner and, in place of an adviser’s fee, took a stake in five shows produced by Castle Rock -- which is how Bannon still receives royalties from the hit ‘90s sitcom Seinfeld, according to a Bloomberg Politics profile.)

When Bannon soured on the business side of financing films, he jumped into the production process, with film credits that included stints as an executive producer on Anthony Hopkins’ 1999 film “Titus” and on Sean Penn’s “The Indian Runner” in the early 90s.

Bannon made documentaries on conservative politicians

Bannon then tried making his own movies, including 2010’s “Fire From the Heartland,” a documentary on conservative women featuring then-Rep. Michelle Bachmann, and “The Undefeated,” a 2011 film about Sarah Palin.

AMC distributed “The Undefeated” in ten theatres located in deep-red pockets of the country, and Palin herself helped promote the film, which was widely seen by professional movie critics as a incompetently-made hagiography. One representative review, courtesy of The Atlantic’s Robert Levin: “This Sarah Palin hosanna is done in by the simple fact that its director needs to go back to film school.” The film currently has a 0 percent rating at Rotten Tomatoes.

Bannon’s stint at Breitbart was controversial -- even among Breitbart employees

Bannon was brought into conservative activist and journalist Andrew Breitbart’s orbit in the mid-2000s. In short order, Breitbart, who helped launch the Huffington Post and edit the Drudge Report, was a frequent talking-head in Bannon’s movies. And when Breitbart died in 2012, Bannon stepped in to become his namesake website’s executive chairman.

Bannon’s legacy at the website is a complicated one. He helped the website become one of the most-read news sites in the U.S., but many of Andrew Breitbart’s friends and proteges object to the direction he took it in.

During the 2016 primaries, Breitbart quickly distinguished itself as an aggressive advocate for Donald Trump’s candidacy. The tone of its coverage was laudatory, which Trump rewarded with unprecedented access, giving the site’s Matthew Boyle dozens of face-to-face interviews throughout the campaign. Trump’s critics were dissed, his supporters were praised, and it quickly became clear that Bannon had no interest in covering the mogul with even the faintest pretext of objectivity.

To Bannon’s critics, his Trump boosterism was a debasement of Andrew Breitbart’s legacy, particularly because Breitbart had been quite critical of Trump during the businessman’s last flirtation with running for president in 2012. “Andrew built his life and his career on one mission: fight the bullies,” former Breitbart editor Ben Shapiro wrote last March. “But Andrew’s life mission has been betrayed. Indeed, Breitbart News, under the chairmanship of Steve Bannon, has put a stake through the heart of Andrew’s legacy. In my opinion, Steve Bannon is a bully, and has sold out Andrew’s mission in order to back another bully, Donald Trump; he has shaped the company into Trump’s personal Pravda.”

Bannon’s decision to turn Breitbart into a relentlessly pro-Trump outlet was controversial in the newsroom, a schism that went public after Trump aide Corey Lewandowski allegedly assaulted Breitbart reporter Michelle Fields. Bannon quickly took Trump’s side in the debacle, prompting the resignations of numerous staffers, including Fields, Shapiro, and the site’s spokesman, Kurt Bardella.

“Many former employees of Breitbart News are afraid of Steve Bannon,” Shapiro wrote when Bannon was hired by the Trump campaign on Wednesday. “He is a vindictive, nasty figure, infamous for verbally abusing supposed friends and threatening enemies.”

Bardella said of Bannon to the Daily Beast, “He made more off-color comments about minorities and homosexuals than I can recount.” The former GOP hill staffer said for the first time, he’ll be voting for a Democrat -- Hillary Clinton.

Since that wave of resignations, Bannon’s Breitbart has also found common cause with the “alt-right,” a loose grouping of reactionary internet voices largely shunned by mainstream conservatives. Breitbart writers have defended the alt-right, which is considered by many to be a white-supremacist movement, and Breitbart editor Milo Yiannopoulos has become one of its de-facto leaders.