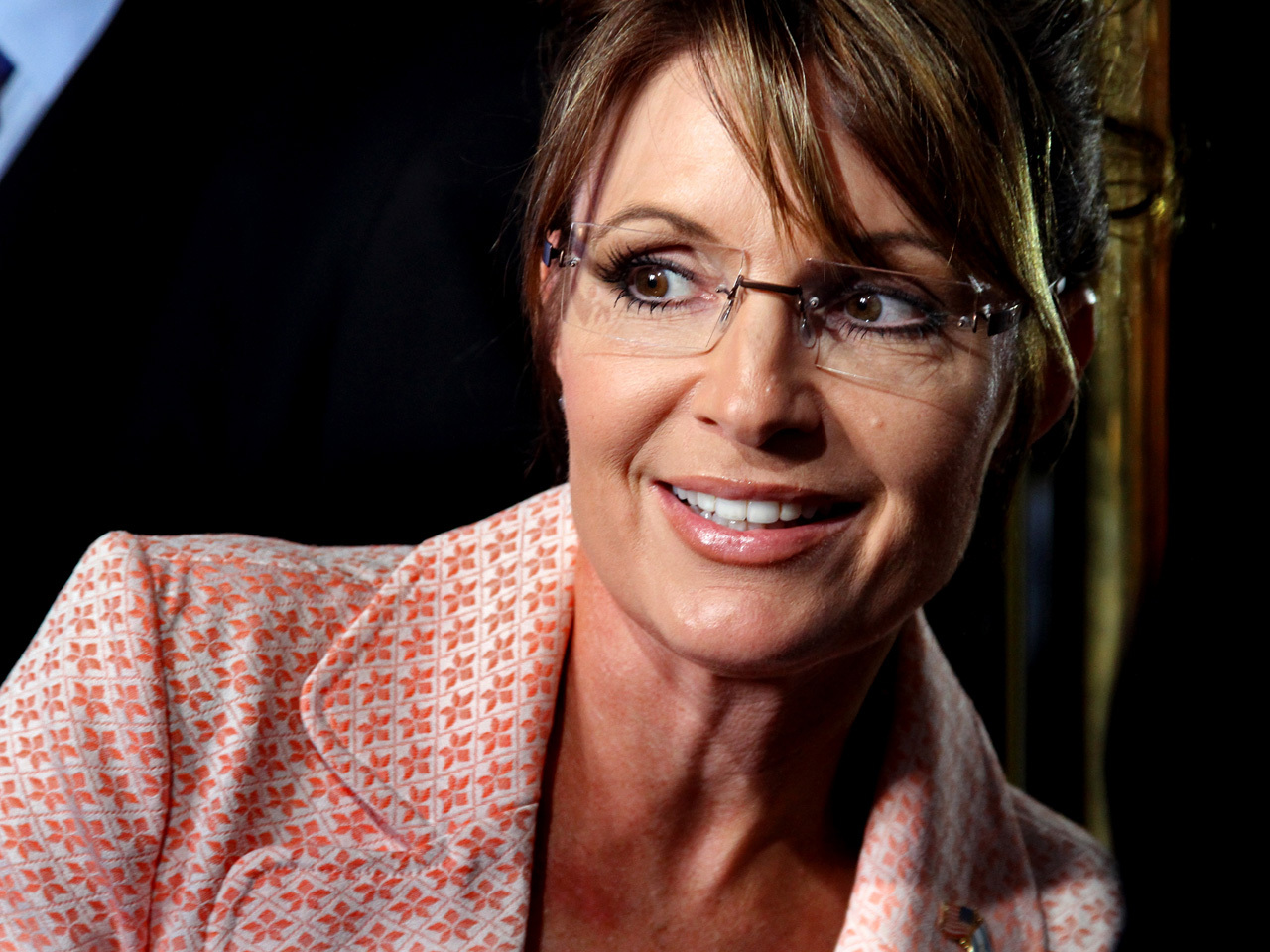 Sarah Palin is either running for President or she should be: That's the takeaway from "The Undefeated," a new movie about Palin's life and leadership set to hit theaters next month.

Billed as a documentary - though told in a fast-paced and dramatic style - the two-hour movie is an unabashed defense of the former Alaska governor that leaves the distinct impression her presidential candidacy not only is possible, but inevitable.

Stephen Bannon, the movie's creator, took on the project after Palin's aides approached him late last year about making a series of videos on Palin. He proposed a movie instead, and bankrolled it himself. The final product, which I saw last week in a screening for a few reporters, gives Palin the introduction she never really had when the Hockey mom from Wasilla became John McCain's running mate in 2008.

By tracing her political rise in Alaska, her battles with Big Oil and the Republican establishment, and her accomplishments as governor, the movie argues one overriding point: Sarah Palin is a seasoned executive who is more than qualified to be President.

It also adds context to her bus tour of historic sites and patriotic events, which she says she undertook to remind people about the principles America was founded on and the importance of the Constitution. Critics have questioned whether the tour is, in fact, just a big publicity stunt, but "The Undefeated" shows video of a young Palin echoing some of those same themes 20 years ago, when she was a rookie on the stump campaigning for office.

That's one of the things I found most striking about the movie. Since Palin burst on the national scene in 2008, critics have portrayed her as an unformed and uninformed political thinker, suggesting someone just crammed her head with these ideas and unleashed her on America.

But "The Undefeated" goes a long way towards debunking that tired narrative. It shows an unbroken line in her thinking over the past two decades. The things she's saying on her bus tour about freedom, free markets, fiscal responsibility and the proper role of government are the same things she's been saying ever since she entered into politics.

It got me to thinking about the grossly unfair and inaccurate story line that developed over the years about Justice Clarence Thomas - another favorite target of the Left. The rap on Thomas was that he was unqualified for the Supreme Court and incapable of serious thought - so as a Justice, he blindly followed conservative superstar Antonin Scalia.

That narrative is not only offensive, but flat-out wrong, as documents in the Library of Congress make clear. Thomas never followed Scalia; he had his own powerful views, and often persuaded Scalia to follow HIM.

Thomas still is mocked and scorned by his critics, who refuse to give him any credit for his accomplishments or ideas. But he doesn't care about critics, and he doesn't try to appease them. That reminds me of Palin, too.

This movie won't appease her critics. There are no olive branches in it. In fact, the opening sequence is a relentless assault - a montage of the breathtakingly offensive and vile things said about Palin and her family.

The first half of the movie focuses on Alaska - not only on Palin's accomplishments there, but on the unique qualities of self-reliance and independence of the state itself. The second hour chronicles Palin's stint as the vice presidential nominee.

Bannon used Palin's voice from the audio recording of her book, "Going Rogue," to narrate the movie. He says he had complete editorial control over it, and that Palin only saw the finished product two weeks ago. According to Bannon, she said it "blew her away."

It's easy to see why. If you like Sarah Palin, the movie will make you like her even more. Using never-before seen video, it shows Palin taking on the machine and winning, while racking up whopping 80 percent approval ratings in the state. And you will feel fresh outrage about how savagely she has been treated and mocked by Hollywood and the liberal elite.

But if you don't like Sarah Palin, the movie is unlikely to change your mind. (Frankly, if you don't like Palin, you probably won't be shelling out any money to go see it in the first place). You'll probably think of it as a one-sided campaign ad and wonder where the critics are.

Regardless of where you come down, though, here's one thing both sides should agree on: It certainly looks like Palin is running for President. As she says in a speech in the movie's very last scene: "Mr. President, game on."