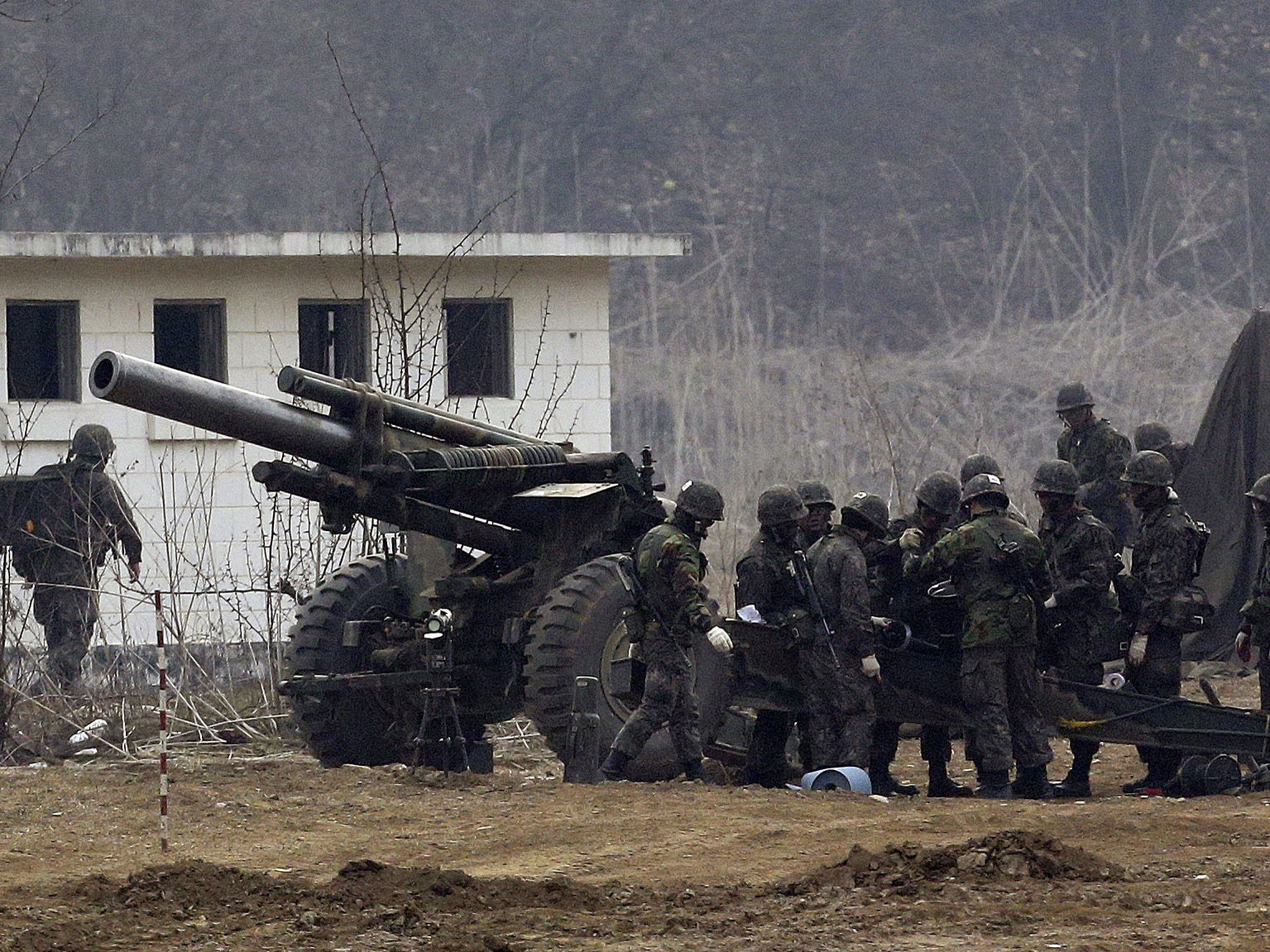 "We would not be surprised to see them take such an action," White House Press Secretary Jay Carney said. "We have seen them launch missiles in the past."

South Korea's Yonhap news agency, citing unnamed defense officials, reported Friday that the North had moved the second of two missiles to an undisclosed location on the country's east coast.

Yonhap quoted unnamed South Korean defense officials on Friday as saying the North had put two missiles "onto mobile launchers and hidden them in an unidentified facility near the east coast." The report could not be independently verified, but comes a day after the South's defense chief said Thursday that the North had moved one missile to its east coast -- believed to be a Musudan, which is believed to have a range of approximately 2,500 miles.

It was unclear what the isolated North might intend to do with the relocated missiles, if anything at all.

Crucially, the accuracy of Musudan missiles, also known as Taepodong X, and even their ability to successfully launch and cruise to any significant distance at all, remains unproven by North Korea. The missiles' capabilities are based on extrapolations of data on earlier versions built by Russia.

The move will raise fears that Pyongyang -- which has taken a series of dramatic, provocative steps since the largely unknown, 30-year-old, Kim Jong Un became the nation's leader last year -- might be preparing for a sudden launch or missile test.

At the very least, North Korea's bellicose rhetoric has continued despite very public shows of force from the U.S., including training flights of nuclear-capable B-2 bombers and stealth F-22 fighter jets and, most recently, the planned deployment of a missile defense system to Guam, which houses a number of important military installations.

That has some analysts worried that the U.S. may in fact being boxing the notoriously unpredictable North Korean regime into a corner - something that could escalate tensions instead of defusing them. That fear is compounded by the fact that the Kim Jong Un is a relative unknown to the U.S. and remains largely untested on the international scene.

"I wouldn't say I see anything to lead me to believe that this is a different kind of cycle," Gen. Martin Dempsey, chairman of the Joint Chiefs of Staff, said in an interview after speaking at a ceremony installing Gen. David Rodriquez as chief of U.S. Africa Command.

Dempsey's remarks suggested that he does not believe the situation is headed toward war, despite a series of threatening statements by the North, including a declaration this week that its military is authorized to launch a nuclear attack on the United States.

Dempsey called the North's nuclear threat "just reckless" and contrasted such talk with what he described as measured moves by the U.S. to deter the North and to reassure South Korea.

"Our moves have been largely defensive and exclusively intended to reassure our allies," he said.

Dempsey said he does not foresee any further U.S. military moves in the near future.

The U.S. is pursuing a non-military agenda as well, however. CBS News correspondent Margaret Brennan reports that the U.S. is pushing China and other countries to cut off North Korea's principal financial link to the outside world, the Foreign Trade Bank, which the U.S. says Pyongyang uses to buy weapons.

On Friday, Japan agreed to broaden its sanctions to include the FTB and the U.S. continues efforts to get other countries on board.

"What we're hoping to recreate is the financial pressure that North Korea endured back when we took the action against Banco Delta Asia," a senior administration official told CBS News, referring to Bush-era sanctions against a Chinese bank that allegedly laundered money for North Korea. Those sanctions were viewed as an impetus for North Korea to join the six-party talks on nuclear weapons technology in 2007.

Dempsey said he has talked in the past few days to the commander of the 28,500 U.S. troops in Korea, Gen. James Thurman, about the safety of forces and their families. He said Thurman has made no recommendation to evacuate any military dependents.

The U.S. and South Korea have been at odds with North Korea for more than a half century. The two sides fought a three-year war in the 1950s that ended in a truce, and the North has long complained that the U.S. intends to overthrow its leaders.

Washington is treaty-bound to come to South Korea's defense if Seoul is attacked.

North Korea responded with fury to U.N. sanctions following its third nuclear test Feb. 12, and to the U.S.-South Korean military exercise known as Foal Eagle. Among other statements, it has threatened a nuclear strike against the U.S., declared that it has scrapped the Korean War truce, blocked South Koreans from entering a jointly run industrial park and announced that it will takes new steps to produce more fuel for nuclear bombs.

Despite downplaying the threat of imminent war, Dempsey said there is no room to be casual about the current tensions on the Korean peninsula. He noted, for example, that the North's threat to launch a nuclear attack on the U.S. "is new" and is worrisome, given the North's development of ballistic missiles as well as nuclear devices. He said it is not clear that they have reached the point where they can fit a nuclear warhead atop a missile that could reach distant targets.

"The combination of that makes it very reckless" to threaten a nuclear attack, he said.

Asked how the U.S. is dealing with that, he said, "We'll live up to our alliance obligations and protect our national interests, and that's not being bellicose, that's being very matter-of-fact."