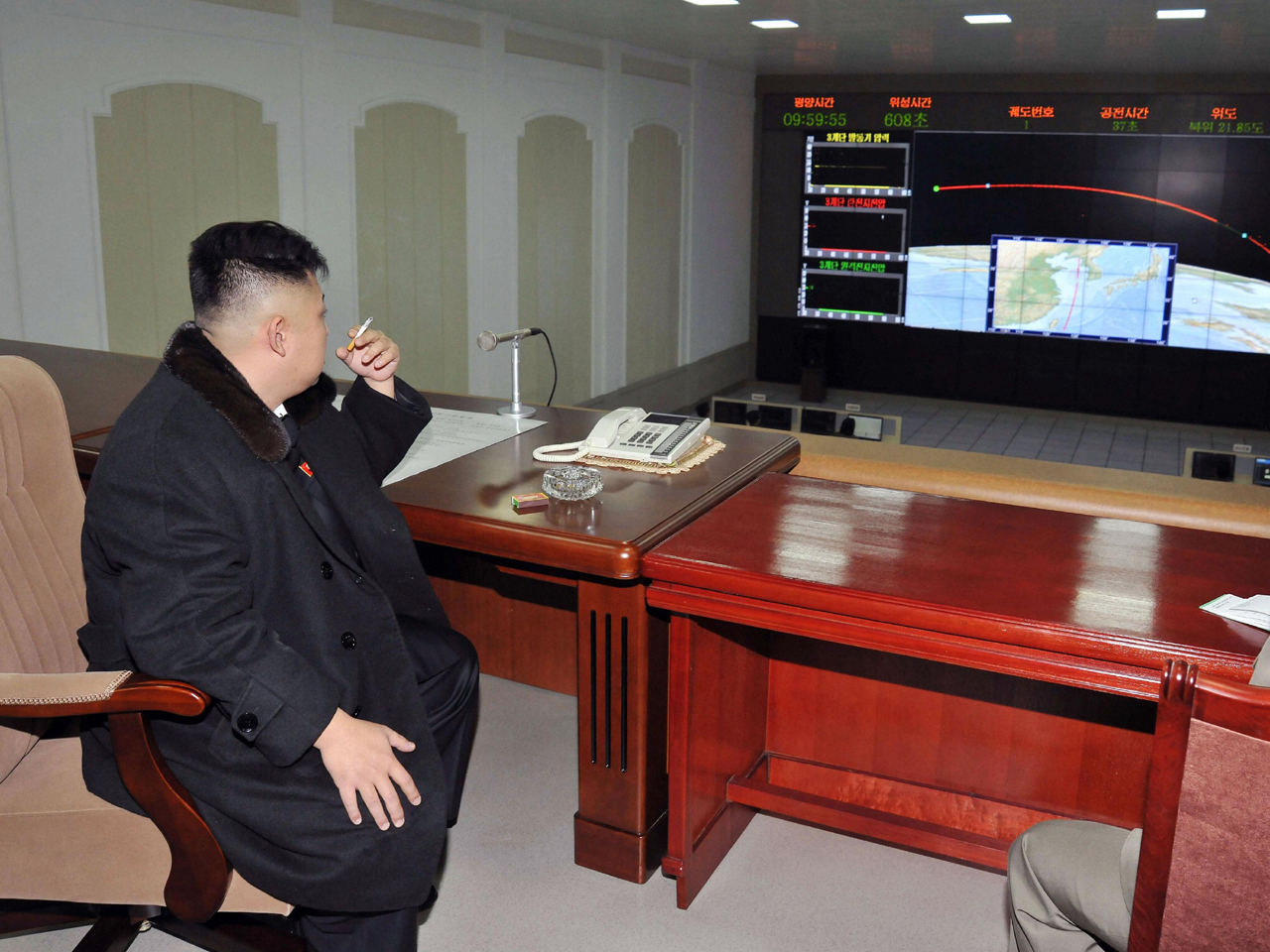 LONDON A Wall Street Journal article claimed Thursday that the White House had "stepped back" this week from its planned trajectory on how to deal with North Korea's war rhetoric and threatening actions.

According to the report, the administration had begun to worry that North Korea, "may be more provoked than the U.S. had intended," according to unnamed officials.

"The concern was that we were heightening the prospect of misperceptions on the part of the North Koreans, and that that could lead to miscalculations," the paper quoted a top White House official as saying.

The Pentagon has already flown nuclear-capable stealth bombers over the Korean peninsula and moved a couple warships to the region as part of on-going annual military exercises with the South.

Next week, those exercises will include an amphibious landing and live-fire drills by U.S. Marines, CBS News correspondent David Martin reported.

Martin learned Thursday that the White House is not planning to change course with its maneuvers in response to the North's provocations. He reported that, while the Pentagon may try to reduce the publicity surrounding the joint exercises with the South, "none of them have been cancelled."

That, according to one North Korea expert, is a potentially dangerous miscalculation by the White House.

John Delury, a professor at Seoul's Yonsei University, is an expert in regional affairs who has studied North Korea and went along with Google boss Eric Schmidt when he and an entourage toured the Hermit Kingdom in January. He is adamant that the North's bluster should be met with fierce diplomacy and engagement, rather than counter threats which he says serve only to increase the tension.

"The biggest problem we have now is everything is reactive, everything that Washington and Seoul are doing is reactive. Every day North Korea throws up a new threat -- they're controlling the agenda -- and then every day, the Pentagon announces a new bomber that's flown over South Korea to show we're responding to that threat," Delury told CBS News correspondent Margaret Brennan in Seoul. "We need to break that cycle and essentially need to go on the offensive, not with weaponry, but with diplomacy."

The White House has shown no interest in rewarding the North's bellicose behavior with any concessions. There is no direct dialogue between Pyonyang and Washington, and many in the U.S. capital believe trying to open such a line of communication would give the North Koreans a signal that intransigence and threats will be met with capitulation.

But Delury believes that is a fundamental misreading of Kim Jong Un, the North's untested, largely unknown 30-year-old leader, and the cadre of elder North Korean generals and politicians offering him guidance.

"The Obama administration thinks that talking to North Korea is a reward. It's not a reward. It's actually very difficult for North Korea -- it's even destabilizing," he told Brennan. "Their default is what we're seeing right now; isolated, but aggressive. What destabilizes them is when they have to start working in a cooperative way with the U.S., with South Korea. So the notion that this is a reward is the fundamental flaw in Obama policy."

"There's a lot of strategists and analysts out there who are trying to project whether or not the North can actually come back from their rhetoric, whether or not they're going to be forced into some kind of provocation because they have so-much threatened it," he told national security correspondent Bob Orr.

"This is, in some ways, a test-case for balancing the need to demonstrate force, without adding fuel to the flames and being too provocative," added Zarate.

Delury's assessment was more urgent: "The more you back North Korea into a corner, the more they're going to lash out. They're not going to capitulate. They're never going to back down. It's no surrender."