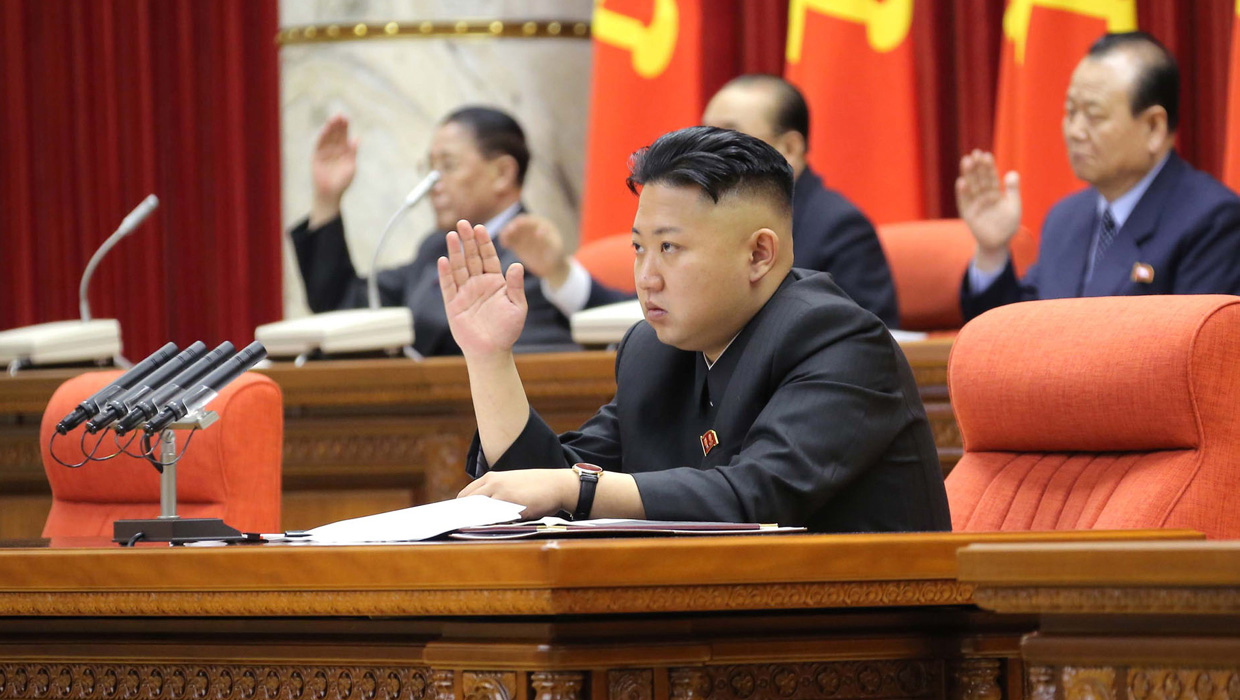 MOSCOW North Korea has warned foreign diplomats in its capital of Pyongyang that it can't guarantee the safety of embassies in the event of a conflict and suggested they may want to evacuate their staff, Russia's top diplomat said Friday.

Foreign Minister Sergey Lavrov is demanding an explanation from the North Koreans - asking whether the warning is an order to evacuate or merely a proposal that they should consider doing so.

"This proposal has been sent to all the embassies in Pyongyang," Lavrov said. "We are now trying to clarify the situation. We asked our North Korean neighbors a few questions that need to be asked in this situation."

About two dozen countries have embassies in North Korea. Lavrov was quoted during a visit to Uzbekistan as saying that Russia is in touch with China, the United States, Japan and South Korea - all members of a dormant talks process with North Korea - to try to figure out the motivation behind the warning.

"We are very much worried by inciting of tensions, even though it's verbal so far. We would like to understand the reasons behind the proposal to evacuate the embassies, whether it's a decision of the North Korean leadership or a proposal. We were told it's a proposal," he said.

Britain's Foreign Office confirmed that it had received the warning, which it called part of ongoing rhetoric from Pyongyang to portray the U.S. as a threat.

Britain said it was "considering next steps" but had no immediate plans to withdraw from Pyongyang.

"In recent weeks, the North Korean Government has raised tensions on the Korean peninsula and the wider region through a series of public statements and other provocations," the British statement continued. "We condemn this behaviour and urge the North Korean Government to work constructively with the international community, including over the presence of foreign Embassies."

A spokesman for the Russian embassy in the North Korean capital, Denis Samsonov, told Russian media that the embassy was working normally.

Russia has appeared increasingly angry with North Korea as tensions roiled following a North Korean nuclear test and the country's subsequent warnings to South Korea and the United States that it would be prepared to attack.

Russian Foreign Ministry spokesman Alexander Lukashevich on Thursday strongly criticized North Korea for its "defiant neglect" of U.N. Security Council resolutions. A ministry statement Friday after the embassy evacuations proposal said "We are counting on maximum restraint and composure from all sides."

Ret. Gen. Richard Myers, a former chairman of the joint chiefs of staff and a CBS News analyst, said Friday that, if North Korea were to launch a missile at U.S. interests in the region, "our missile defenses are pretty good."