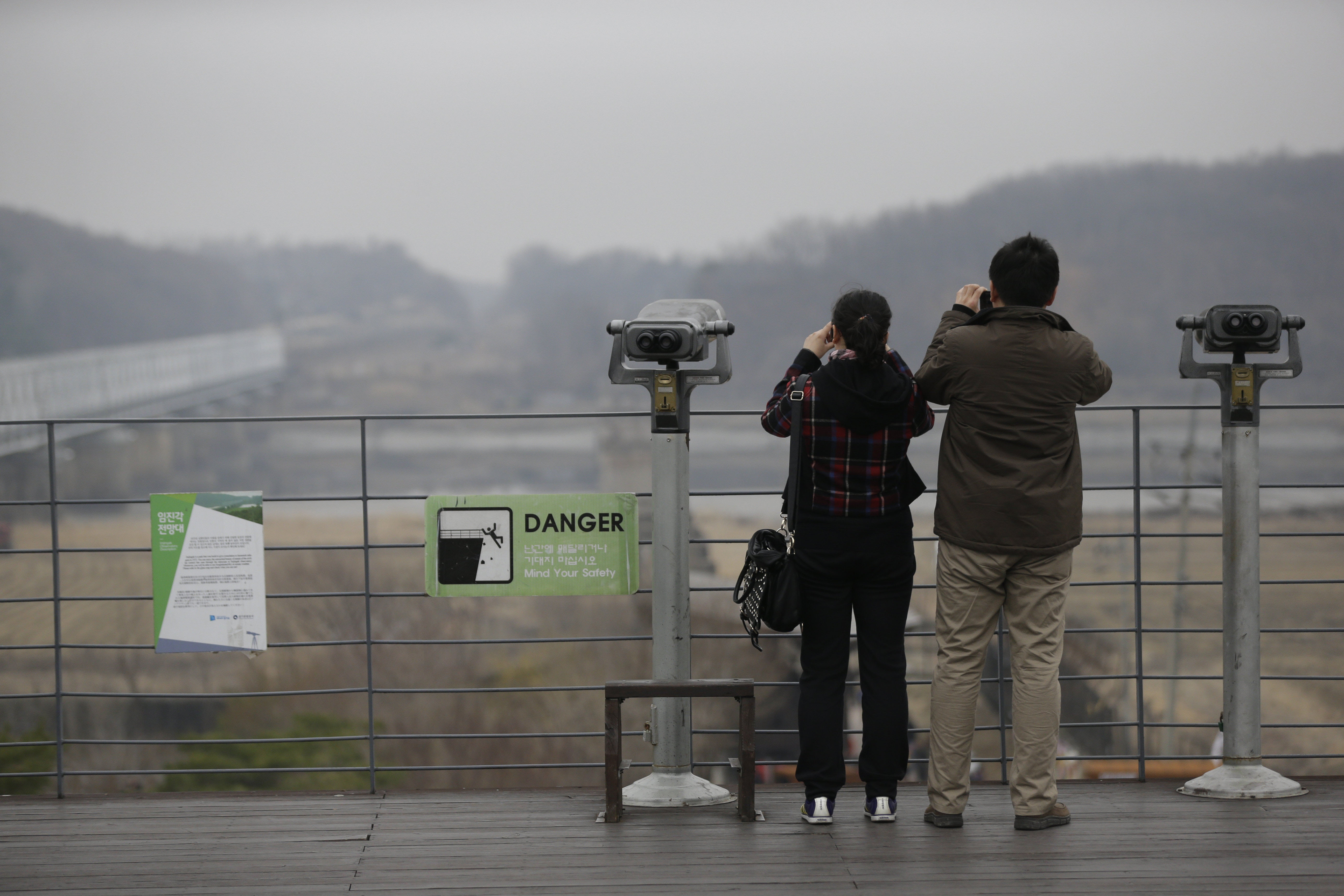 The South's defense chief said Thursday that the North had moved one missile to its east coast -- believed to be a Musudan, which is believed to have a range of approximately 2,500 miles.

Crucially, the accuracy of Musudan missiles, also known as Taepodong X, and even their ability to successfully launch and cruise to any significant distance at all, remains unproven by North Korea. The missiles' capabilities are based on extrapolations of data on earlier versions built by Russia.

Yonhap quoted unnamed South Korean defense officials on Friday as saying the North had put two missiles "onto mobile launchers and hidden them in an unidentified facility near the east coast." The report could not be independently verified, and it was unclear what the isolated North might intend to do with the relocated missiles, if anything at all.

The move will raise fears that Pyongyang -- which has taken a series of dramatic, provocative steps since the largely unknown, 30-year-old, Kim Jong Un became the nation's leader last year -- might be preparing for a sudden launch or missile test.

Reuters quoted South Korean Defense Ministry spokesman Kim Min-seok as saying Friday that, if the missiles are Musudans as suspected, "It can fly to Guam."

"There are major U.S. military forces and dispatched reinforcements to deal with the situation on the Korean peninsula in Guam, so I think the missile could put them in possible danger," said the spokesman.

Ret. Gen. Richard Myers, a former chairman of the joint chiefs of staff and a CBS News analyst, said Friday that, if North Korea were to launch a missile at U.S. interests in the region, "our missile defenses are pretty good."

CBS News correspondent David Martin reported Wednesday that the Pentagon was sending a battery of air defense missiles to the Pacific island, which recently served as a base for American B-52 bombers that flew over South Korea as part of an annual military exercise. Next week, that exercise will include an amphibious landing and live-fire drills by U.S. Marines, added Martin.

North Korea has pointed to the ongoing joint U.S.-South Korean war games as a provocation, and blames the U.S. for sparking the current standoff by going ahead with the annual maneuvers.

Meanwhile, the South's minister for reunification said Friday that Seoul would remove its remaining workers from the joint North-South Kaesong industrial complex, just north of the demilitarized zone in North Korea, if it believed they were in danger.

There are believed to be about 600 South Korean workers still at the various factories and plants in Kaesong. The North said early this week that they had until April 10 to leave, and Pyongyang has blocked South Koreans from entering the complex for three days. North Korea is allowing South Koreans to leave Kaesong.

One of the most worrisome threats to come from North Korea in recent weeks was the proclamation that work would resume at the country's Yongbyon nuclear complex -- a sprawling facility north of the capital.

If the 5-megawatt plutonium-producing reactor at the site is brought back into operation, it would be capable of producing enough weapons-grade plutonium to make one nuclear bomb per year. The reactor was mothballed in 2007 and its cooling tower blown up as part of an international bargain with Kim Jong Un's father and predecessor, Kim Jong Il.

The U.S.-Korea Institute at Johns Hopkins School of Advanced International Studies said Thursday that, based on recent satellite imagery taken of Yongbyon, it appeared North Korea had begun work on the facility -- possibly to restore a cooling system for the 5-megawatt reactor -- in March. That challenged previous assessments that it would likely take the North at least six months to bring the reactor back online, though questions remain over how much fuel Pyongyang has to power the reactor.