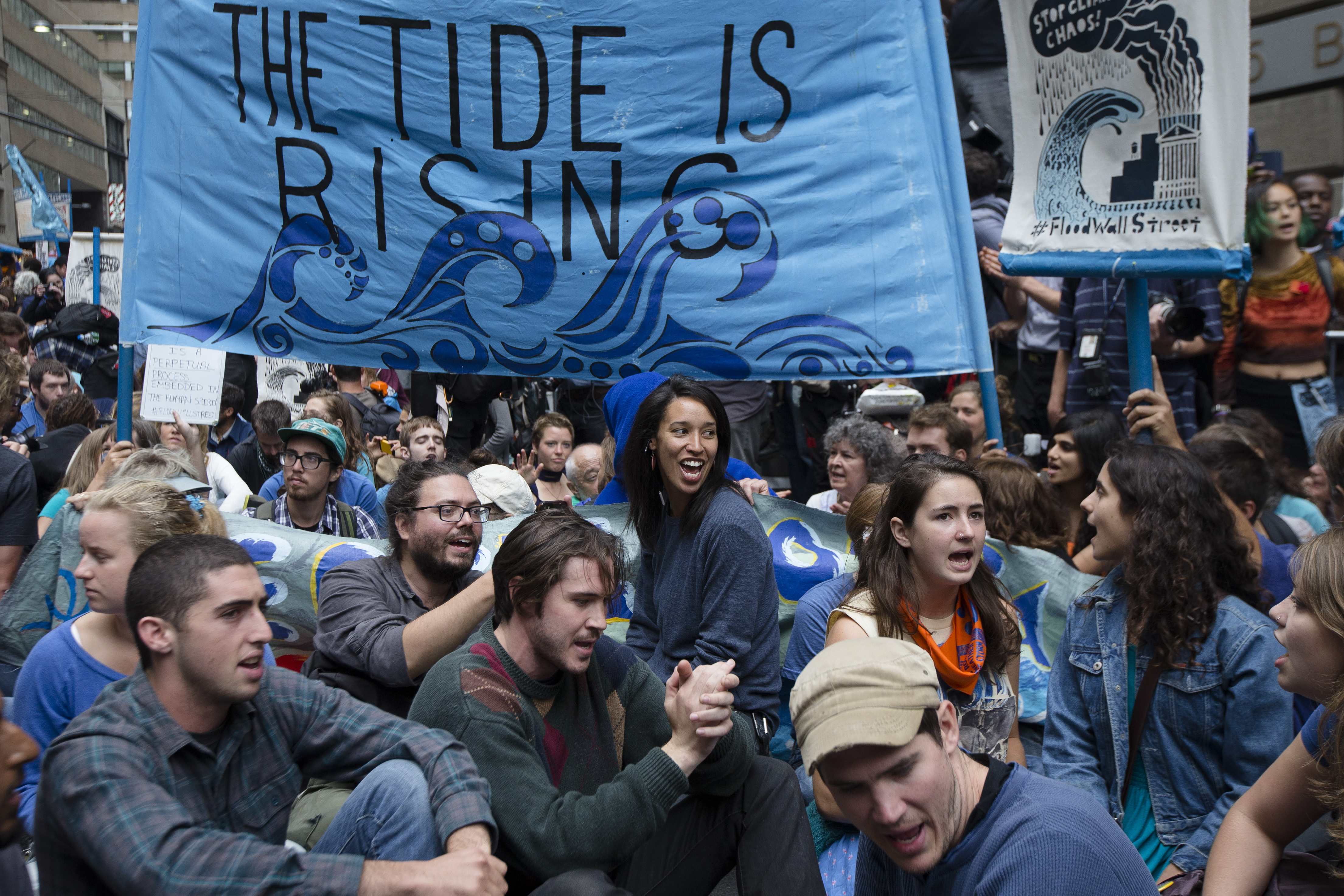 As the annual United Nations climate talks get under way Monday in Peru, global leaders are likely to call out natural disasters like Hurricane Sandy in a bid to rally support for a pact combating global warming.

But a new study finds that extreme weather - whether it be droughts, floods or heat waves - does little to change attitudes about climate change in the United States.

Rather, it comes down to personal politics.

"Our results show that political orientation has the most important effect in shaping public perceptions about the timing and seriousness of climate change,"

Climate change remains one of the most polarizing issues in the United States and surveys have found that Americans are more divided and doubtful about the issue than in other leading countries.

With such divided opinions on the issue, Congress has been unwilling to seriously consider any solutions to combating rising emissions.

In the Global Environmental Change study, researchers used data from the National Oceanic and Atmospheric Administration's climate extreme index and Gallup Poll data on climate change. They found no link between exposure to extreme weather and views on global warming.

The study also examined earlier research on the issue and came to a similar conclusion. Some of those past studies, McCright said, found a small effect in terms of people "believing in the reality of climate change." But they also found the more partisan person was, the less they saw a connection with extreme weather.

In a separate study in Nature Climate Change that McCright also took part in, researchers found that only 35 percent of Americans believe global warming was the main cause of the abnormally high temperatures during the winter of 2012.

"Many people already had their minds made up about global warming and this extreme weather was not going to change that," McCright said of the winter, which was the fourth warmest winter in the United States dating back to at least 1895.

Christopher Warshaw, an assistant professor of political science at MIT who is also studying climate change attitudes, said it made sense that politics trumps almost everything else when it comes to global warming.

"There is a huge body of scholarship in which people sort of internalize external events through a partisan lens," Warshaw said. "People's views on whether wars are a good idea shift completely when the party in power changes. In some ways, it would be more surprising that climate change didn't work that way."

Part of the resistance to changing one's views, Warshaw said, is that action on climate change will require a big role for government which is seen very differently by Democrats and Republicans.

Studies have found that extreme weather is expected to become more common and intense in the future. A report out Thursday from the Royal Society, the national academy of science in the United Kingdom, concluded that extreme weather cost $1.4 trillion, total, between 1980 and 2004. Looking ahead, it projected large coastal cities could face a combined cost of $1 trillion each year from flooding by mid-century.

So if extreme weather won't change views about climate, what will?

McCright said change would only come on the right when leading Republicans and opinion makers come around to the fact that climate change is real, acknowledge it is caused primarily by humans and start speaking out about it.

"We need key members of the Republican party and key Republican media figures to ease up on climate denial a little, just stop denouncing science and scientists and, over time, be more accepting of the science," McCright said.

Warshaw also said it would help if Republicans saw an economic cost to inaction or see the solutions to reducing carbon emissions as being relatively cheap.

"As the costs of wind power and solar power becomes cheaper to address climate change, I think public opinion on taking action on climate change will change," he said. "People are attentive to cost."