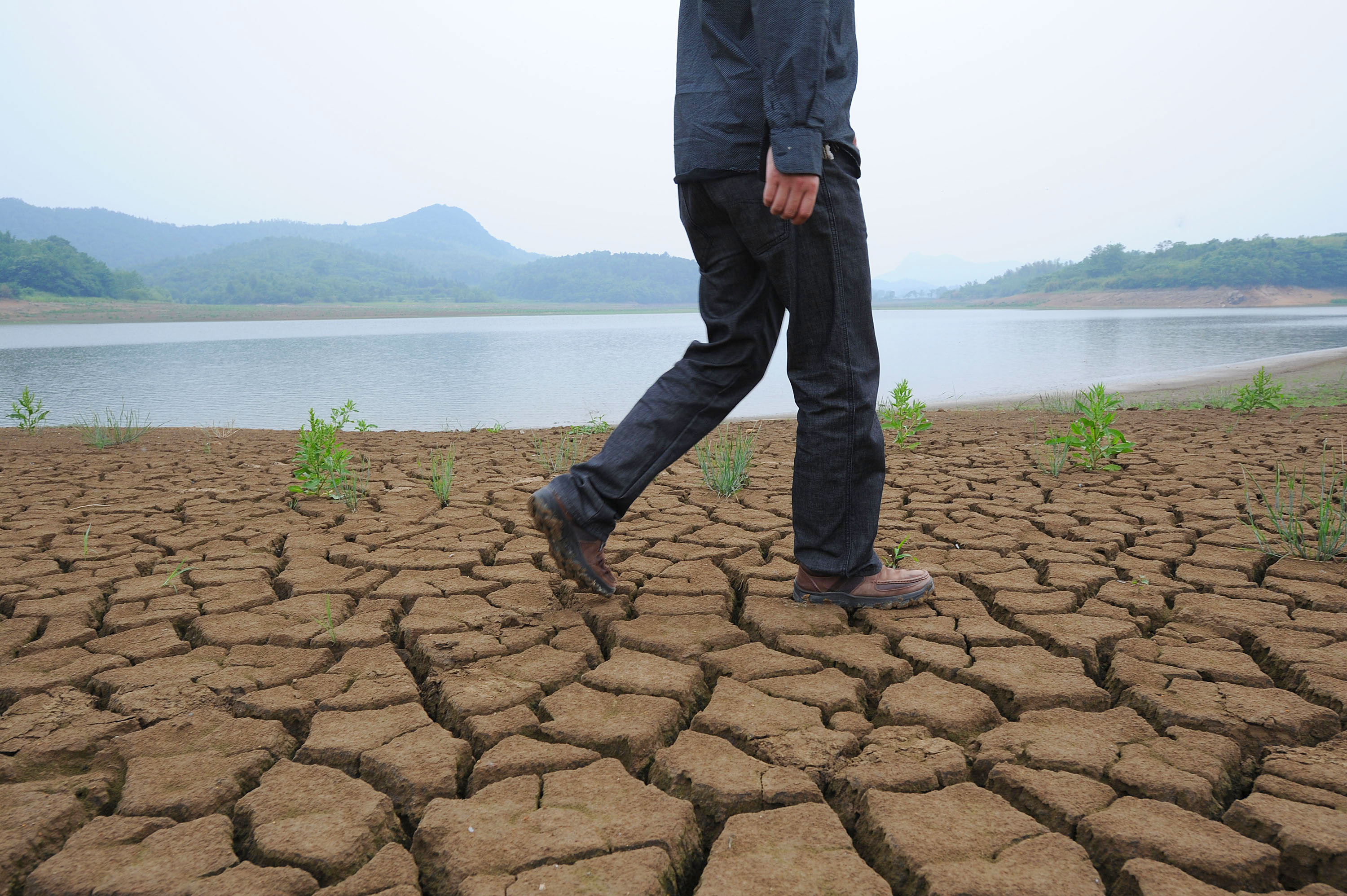 The fourth and final volume of the Intergovernmental Panel on Climate Change's giant climate assessment didn't offer any surprises, nor was it expected to since it combined the findings of three earlier reports released in the past 13 months.

But it underlined the scope of the climate challenge in stark terms. Emissions, mainly from the burning of fossil fuels, may need to drop to zero by the end of this century for the world to have a decent chance of keeping the temperature rise below a level that many consider dangerous. Failure to do so, which could require deployment of technologies that suck greenhouse gases out of the atmosphere, could lock the world on a trajectory with "irreversible" impacts on people, like altering the male-female ratio, and on the environment, the report said. Some impacts are already being observed, including rising sea levels, a warmer and more acidic ocean, melting glaciers and Arctic sea ice and more frequent and intense heat waves.

"Science has spoken. There is no ambiguity in their message. Leaders must act. Time is not on our side," U.N. Secretary-General Ban Ki-moon said at the report's launch in Copenhagen.

When asked if they agreed with the statement, "The climate change we are currently seeing is largely the result of human activity," just 54 percent of Americans surveyed in a study this past summer said yes. Although this number indicates a majority, the United States still ranked last among 20 countries in the poll.

Gordon Is Now A Hurricane

The U.S. number was ten points lower than the next lowest countries on the list, Britain and Australia, where 64 percent agreed that humans are causing climate change. China topped the list, with 93 percent of its citizens agreeing that human activity is causing climate change. Large majorities also agreed in France (80 percent), Brazil (79 percent), Germany (72 percent) and other countries.

Similarly, 91 percent of those from China agreed with statement, "We are heading for environmental disaster unless we change our habits quickly." Only 57 percent of Americans thought so -- again, last among 20 nations surveyed.

A recent report from an American research institute delivered stark warnings about the immediate health risks of inaction.

Coupled with worldwide marches demanding action on climate change, that study warned that rising temperatures and altered weather patterns in the United States may soon exacerbate many existing health risks.

Heat stroke, cardiac arrest and other heat-related illnesses are expected to increase as the number of extremely hot days rises, said lead author Dr. Jonathan Patz, director of the Global Health Institute at the University of Wisconsin in Madison.

"Nearly every place east of the Rocky Mountains will see an increase in extreme hot days in the years to come," Patz said. "Urban areas like New York City and Milwaukee are expected to triple the number of extremely hot days they currently have."

For example, New York City by 2050 could experience as many as 39 days where the mercury tops 90 degrees, compared with the current average of 13 days, Patz said.

Respiratory diseases, infectious diseases, hunger and mental health problems also will likely increase in response to climate change, according to the analysis.

Amid its grim projections, the U.N. report also offered hope. The tools needed to set the world on a low-emissions path are there; it just has to break its addiction to the oil, coal and gas that power the global energy system while polluting the atmosphere with heat-trapping CO2, the chief greenhouse gas.

"We have the means to limit climate change," IPCC chairman Rajendra Pachauri said. "All we need is the will to change, which we trust will be motivated by knowledge and an understanding of the science of climate change."

The IPCC was set up in 1988 to assess global warming and its impacts. The report released Sunday caps its latest assessment, a mega-review of 30,000 climate change studies that establishes with 95-percent certainty that nearly all warming seen since the 1950s is man-made.

Today only a small minority of scientists challenge the mainstream conclusion that climate change is linked to human activity.

Sleep-deprived delegates approved the final documents Saturday afternoon after a weeklong line-by-line review in Copenhagen that underscored that the IPCC process is not just about science. The reports must be approved both by scientists and governments, which means political issues from U.N. climate negotiations, which are nearing a 2015 deadline for a global agreement, inevitably affect the outcome.

The rift between developed and developing countries in the U.N. talks opened up in Copenhagen over a box of text that discussed what levels of warming could be considered dangerous. After a protracted battle, the delegates couldn't agree on the wording, and the box was dropped from a key summary for policy-makers to the disappointment of some scientists.

"If the governments are going to expect the IPCC to do their job," said Princeton professor Michael Oppenheimer, a lead author of the IPCC's second report, they shouldn't "get caught up in fights that have nothing to do with the IPCC."

The omission of the box meant the word "dangerous" disappeared from the summary altogether. It appeared only twice in a longer underlying report compared to seven times in a draft produced before the Copenhagen session.

But the less loaded word "risk" was mentioned 65 times in the final 40-page summary.

"Rising rates and magnitudes of warming and other changes in the climate system, accompanied by ocean acidification, increase the risk of severe, pervasive, and in some cases irreversible detrimental impacts," the report said.

World governments in 2009 set a goal of keeping the temperature rise below 2 degrees C (3.6 F) compared to before the industrial revolution. Temperatures have gone up about 0.8 C (1.4 F) since the 19th century.

Meanwhile, emissions have risen so fast in recent years that the world has already used up two-thirds of its carbon budget, the maximum amount of CO2 that can be emitted to have a likely chance of avoiding 2 degrees of warming, the IPCC report said.

"This report makes it clear that if you are serious about the 2-degree goal ... there is nowhere to hide," said Alden Meyer of the Union of Concerned Scientists, an advocacy group. "You can't wait several decades to address this issue."

U.S. Secretary of State John Kerry called the report "another canary in the coal mine."

"The bottom line is that our planet is warming due to human actions, the damage is already visible, and the challenge requires ambitious, decisive and immediate action," Kerry said in a statement. "Those who choose to ignore or dispute the science so clearly laid out in this report do so at great risk for all of us and for our kids and grandkids."

Pointing to the solution, the IPCC said the costs associated with mitigation action such as shifting the energy system to solar and wind power and other renewable sources and improving energy efficiency would reduce economic growth only by 0.06 percent annually.

And Pachauri said that cost should be measured against the implications of doing nothing, putting "all species that live on this planet" at peril.

The report is meant as a scientific roadmap for the U.N. climate negotiations, which continue next month in Lima, Peru. That's the last major conference before a summit in Paris next year, where a global agreement on climate action is supposed to be adopted.

"Lima should be the place where we put the pieces together so we can move toward success" in Paris, said Peruvian Environment Minister Manuel Pulgar-Vidal.

The biggest hurdle is deciding who should do what, with rich countries calling on China and other major developing countries to take on ambitious targets, and developing countries saying the rich have a historical responsibility to lead the fight against warming and to help poorer nations cope with its impacts. The IPCC carefully avoided taking sides in that discussion, saying the risks of climate change "are generally greater for disadvantaged people and communities in countries at all levels of development."

Future generations "will be stuck paying off the cumulative interest on the greenhouse gas emissions we're putting into the atmosphere now, with no possibility of actually paying down that 'emissions principal,'" the report says.

Those costs will be significant, according to the study's calculations. By 2050, as much as $106 billion worth of coastal property will be below sea level, while extreme heat could reduce average crop yields by as much as 70 percent in some states.

"Damages from storms, flooding and heat waves are already costing local economies billions of dollars -- we saw that firsthand in New York City with Hurricane Sandy," Bloomberg, the former mayor of New York City, said in a statement. The study "details the costs of inaction in ways that are easy to understand in dollars and cents -- and impossible to ignore."