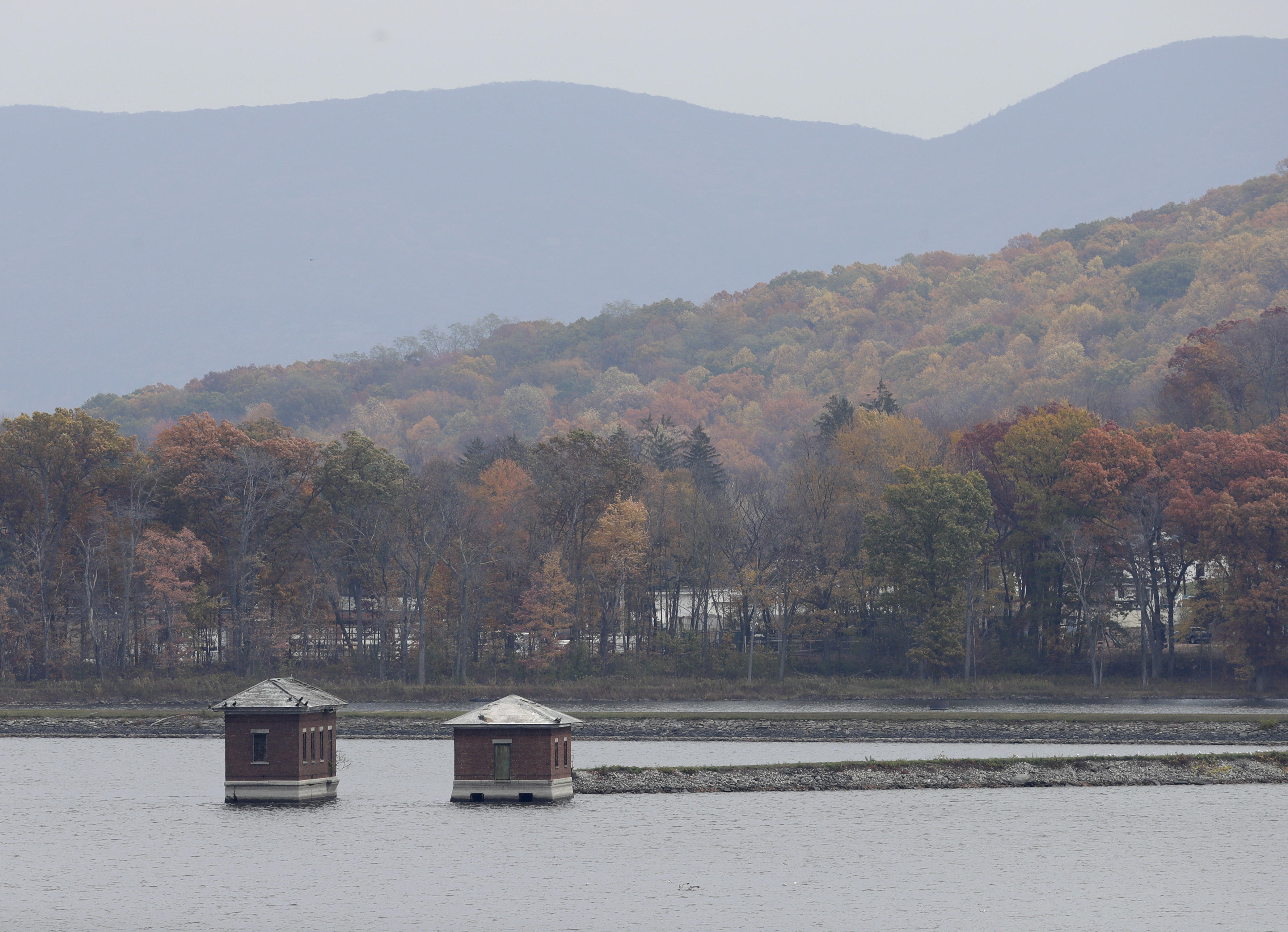 In a chronically struggling city along the Hudson River, residents of Newburgh, New York, are beset by poverty and high crime. Now, in the upstate town of boarded-up homes, they have an entirely new worry: their tap water may have exposed them to a chemical linked to cancer.

State officials recently launched an ambitious effort to offer blood tests to Newburgh’s 28,000 residents after the chemical PFOS — used for years in firefighting foam at the nearby military air base — was found in the city’s drinking water reservoir at levels exceeding federal guidelines.

“The fact that I’ve been drinking that water for years, and my daughter’s been drinking and bathing in it, that’s shocking to me,” says Stuart Sachs, an artist who moved here from Brooklyn 14 years ago. “My daughter is 11. What diseases is she going to have to look forward to? It’s scary.”

PFOS, or perfluorooctane sulfonate, has been linked to cancer, thyroid problems and other serious health issues. Results of the blood testing, expected to be released early next year, won’t tell people whether they’re actually at increased risk for any specific health problem, but will show how their exposure compares to others.

Similar testing has been done in several smaller communities with water contaminated with PFOS or its close chemical cousin, PFOA, which is used in nonstick and stain-repellent coatings.

About 1,500 people were tested near an air base in Portsmouth, New Hampshire, and found to have slightly elevated levels of the chemicals. In the rural villages of Hoosick Falls and Petersburgh, New York, where plastics plants are being held liable for PFOA in public and private wells, tests of about 3,000 residents that began in February have found PFOA blood levels as high as 500 times the national average.

For Newburgh, about an hour’s drive north of New York City, a potential health crisis was the last thing it needed. The city, which served as George Washington’s Revolutionary War headquarters, was humming with machine shops, clothing factories, shipyards and brickyards in the early 20th century.

But in the 1960s, a slow decline began after a new bridge over the Hudson River diverted traffic away from the city’s commercial center. Factories started shutting down or moving to the new highway corridor outside the city. Now the city is notorious for derelict abandoned buildings, drug gangs and violent crime.

In 2014, PFOS was detected in 175-acre Lake Washington, the city’s drinking water supply, at a level 170 parts per trillion (ppt), well below the 400 ppt limit then recommended by the U.S. Environmental Protection Agency. When the EPA set a new level of 70 ppt for short-term exposure in May 2016, the city declared an emergency and shifted to a new water source.

New York’s Department of Environmental Conservation has identified nearby Stewart Air National Guard Base as the source of the PFOS, suspecting the chemical, used for years in firefighting emergencies and drills, ended up in a stream leading to the city reservoir.

Free blood tests are being offered through November 19th to any resident who makes an appointment at one of seven clinics. But getting people tested in Newburgh presents special challenges. More than a third of residents live in poverty and more than 46 percent of households speak a language other than English at home.

“Newburgh is a very poor city, and special recognition has to be given to the fact that people who are really struggling, really at the edge, are going to need extra help getting out, learning about it,” says Sachs, whose sculpture studio is in one of Newburgh’s most run-down and crime-ridden neighborhoods. “On my street, people have vaguely heard there was an issue with the water.”

Newburgh resident Dorice Barnwell, who works as a medical case manager, says she knocked on doors in her own four-story apartment building and found nobody had heard about the blood-testing program, despite several public meetings and media reports. She says information should be sent home with schoolchildren and posted at street corners, on buses and in shopping centers.

“We need to get this information out at all levels to everyone,” she says. “I personally sent out a mass phone text to everyone in my address book encouraging them to call the number to schedule an appointment.”

Dr. Nathan Graber, director of the state health agency’s Center for Environmental Health, says his department is translating materials into Spanish and Creole and engaging with the city’s religious leaders, school superintendent and community groups to improve outreach.

Even though officials have stressed blood tests won’t diagnose specific illnesses, some residents hope they will shed some light on nagging health worries.

Tamie Hollins says her 18-year-old son’s sudden death in 2010 was attributed to natural causes, but now she wonders if PFOS had anything to do with it.

“I’m always thinking about this, trying to find answers about what happened to my baby,” she says. “We were always very health-conscious and drank lots and lots of water, because water is life, right? Now I wonder about that.”