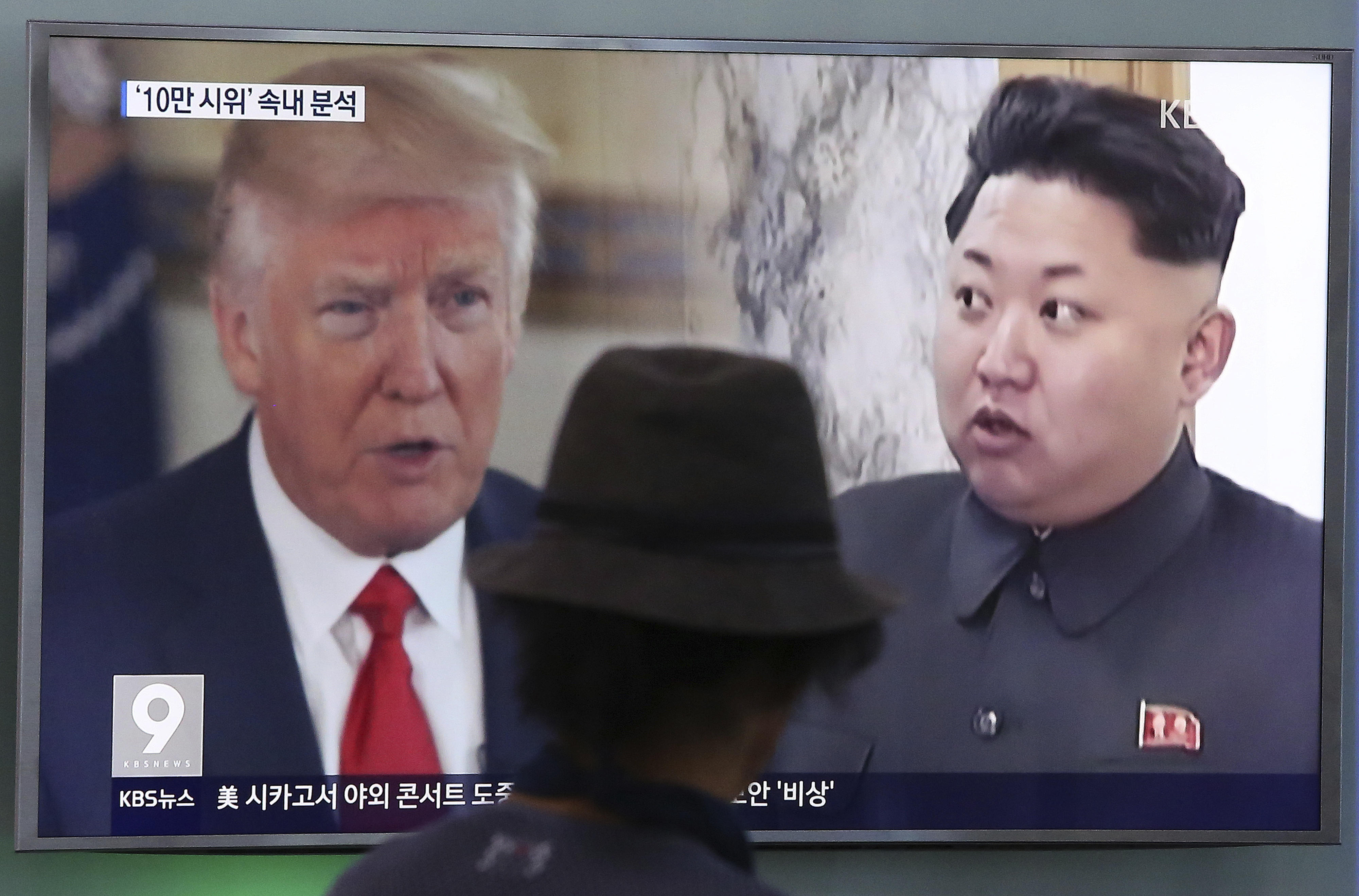 President Trump says there's a "serious effort" underway with the North and South Koreans following news that North Korean leader Kim Jong Un had met with South Korean envoys Tuesday. South Korea said Tuesday that North Korea had agreed to impose a moratorium on tests of nuclear weapons and missiles if it holds talks with the United States.

"Possible progress is being made in talks with North Korea," Mr. Trump tweeted Tuesday morning. He warned, however, that possibility of deescalating tensions between the two Koreas could also be fueling "false hope."

A few hours later, he addressed the situation in brief remarks at the White House.

"We have come certainly a long way, at least rhetorically, with North Korea. It would be a great thing for the world. It would be a great thing for North Korea ... but we'll see what happens," Mr. Trump told reporters while meeting with Swedish Prime Minister Stefan Löfven. "We've been in a situation that should have been handled for a long time. For many, many years, this should have been taken care of. It shouldn't have waited. But, uh, we'll get it done."

"One way or the other, we have to do something," he continued. "We cannot let that situation fester. We cannot let it happen."

South Korea's presidential national security director said Tuesday that North Korea said it's ready to have "heart-to-heart" talks with the U.S. on issues regarding the North's potential denuclearization and the normalization of relations between Pyongyang and Washington.

The warming on potential talks comes after Mr. Trump's demand over the weekend that North Korea it abandon its nuclear program as a precondition for diplomatic negotiations. The North slammed those demands as "preposterous" in a blistering statement.

"Not being content with it, it insists that it will have dialogue only for making the DPRK abandon nuclear weapons and persist in 'maximum pressure' until complete denuclearization is realized. This is really more than ridiculous," North Korea's foreign ministry said on Sunday.

Mr. Trump added his tweet that while the "world is watching and waiting" the U.S. is "ready to go hard in either direction" on delivering on talks with the regime.

Vice President Mike Pence said in a statement on Monday, "Whichever direction talks with North Korea go, we will be firm in our resolve. The United States and our allies remain committed to applying maximum pressure on the Kim regime to end their nuclear program."

Pence added that "all options are on the table and our posture toward the regime will not change until we see credible, verifiable, and concrete steps toward denuclearization."

In response to the renewed spirit of talks, Director of National Intelligence Dan Coats told lawmakers on Capitol Hill that while he's "quite skeptical" of a resolution, he said "hope springs eternal."

"We know Kim Jong Un, while he's unpredictable, he's also very calculating.  He views possession of nuclear weapons as essential to his well being as well as the well being to his nation. He has stated that over and over. All efforts in the past have failed and it simply bought North Korea time to achieve what they want to achieve."

He added, "We've drawn a very clear line -- North Korea has to agree to not possess nuclear capability, until that happens we can not have an agreement with them and that is our position so we'll see what happens. Maybe this is a breakthrough, I seriously doubt it, but like I said, hope springs eternal."

Defense Intelligence Agency Director Lt. Gen. Robert Ashley, Jr. echoed Coats' skepticism, saying "Everything that I've seen, everything has reinforced my opinion, my assessment, albeit there is a great deal of opaqueness to the decision making of Kim Jong Un, I've seen nothing to take me down a path to think he's about ready to make a hard right turn. But, that possibility is there, but I've seen nothing to tell me there's sincerity in the talks that are about ready to kick off."

"I think if you follow it with caution, you engage," Lt. Gen. Ashley later recommended.