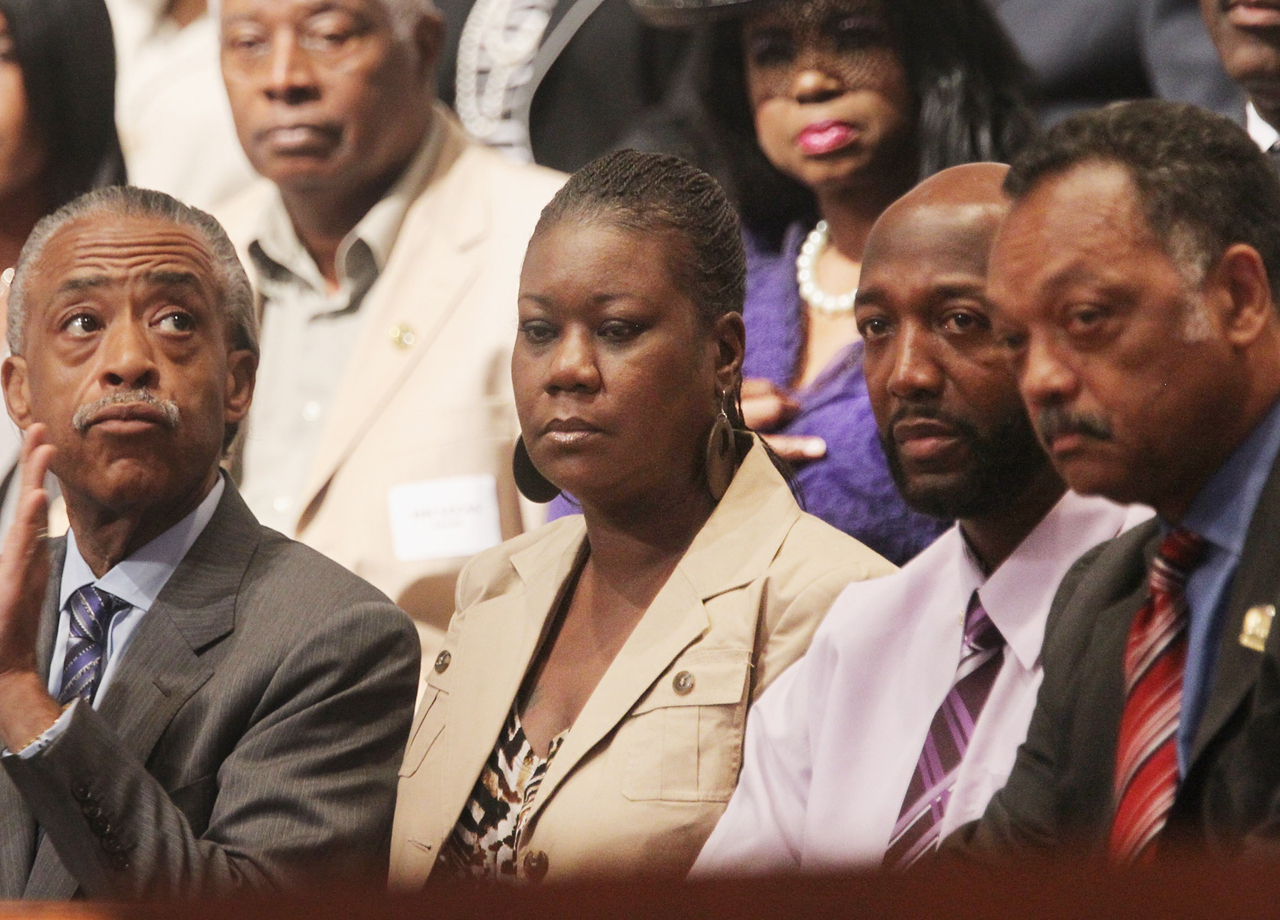 (CBS/AP) SANFORD, Fla. - Prior to a march and rally to be held marking one month since a Florida teenager was fatally shot by a neighborhood watch volunteer, the parents of Trayvon Martin defended their son and decried reports that offered contrary accounts of the confrontation.

Speaking after a community forum held at a Baptist church in Eatonville, the parents were emotional in the wake of a news report published in the Orlando Sentinel that said George Zimmerman had been attacked by the 17-year-old, and an Associated Press report that Trayvon had been suspended from school because of an empty plastic baggie found in his book bag which tested positive for traces of marijuana.

"Even in death, they are still disrespecting my son," said Tracy Martin, "and I feel that is a shame."

Rev. Al Sharpton said that he had warned Trayvon's parents that their son would become the subject of speculation: "As much as it will hurt, they will try to make your son a junkie, a thief, assaulter, everything else before this is over," he said. "If you want to discuss something relevant, discuss what Zimmerman might have had in his system. Discuss his past.

"Why are we asking about what Trayvon is capable of, when you have records of Zimmerman assaulting law officers? You have domestic violence. No one asked his lawyer about his character that has been documented," Sharpton said. "He has the record of violence. ... So why are we going out of our way to try and create something in Trayvon's background when you have documented stuff in Zimmerman's background and won't even question his attorney about it?

"Let's not play this double standard of trying to demonize who is dead and sanitize who was the cause of the death," said Sharpton.

Martin family lawyer Ben Crump also disputed the report that claimed Zimmerman had been attacked by Trayvon. "Based on the 911 tapes, [Zimmerman] is chasing Trayvon," he said.

"Trayvon was an average kid [who had] never, ever demonstrated any violence, had never even gotten in a fight," Crump said. "Trayvon is dead and can't defend himself. Had Zimmerman not disobeyed the police dispatcher and got out of his car and pursued Trayvon, Trayvon would still be living today."

Thousands are expected to participate in the march from Centennial Park beginning at 4 p.m. to the Sanford Civic Center, where Monday's city commission meeting will begin at 5 p.m. The commission's meeting was moved from City Hall to the civic center to accommodate the expected crowd, with a jumbo screen erected outside for the overflow.

"The people are standing with Trayvon's parents," said Sharpton.

Among those joining the rally and march are pro football players Ray Lewis and Santonio Holmes; the comedian Sinbad; and leaders from the Urban League and ACLU.

There have been rallies around the country as anger has spread over the shooting a month ago Monday, when Trayvon Martin, 17, was killed.

Martin was returning to his father's fiancee's home from a convenience store when Zimmerman, 28, started following him, telling police dispatchers he looked suspicious. At some point, the two got into a fight and Zimmerman pulled out his gun.

Zimmerman told police he shot in self-defense. He has not been arrested or charged.

Zimmerman has not spoken in public about the shooting. His lawyer, Craig Sooner, has been speaking for him and has denied there was any racial motive in the shooting. Zimmerman's father is white and his mother is Hispanic.

Darren Scott, who was named acting chief of police, said he understood everyone was seeking "a quick and positive resolution to this tragic event," but asked that the legal process be allowed to run its course. "It may not be perfect, but it's the only one we have," he said.

Rallies and demonstrations are also being held in other cities, including Atlanta and Denver, to mark one month since Trayvon's shooting death.

In Albany, N.Y., three prominent New York legislators wearing "hoodies" plan to lead other black lawmakers into the Senate chamber to protest the shooting of Trayvon.