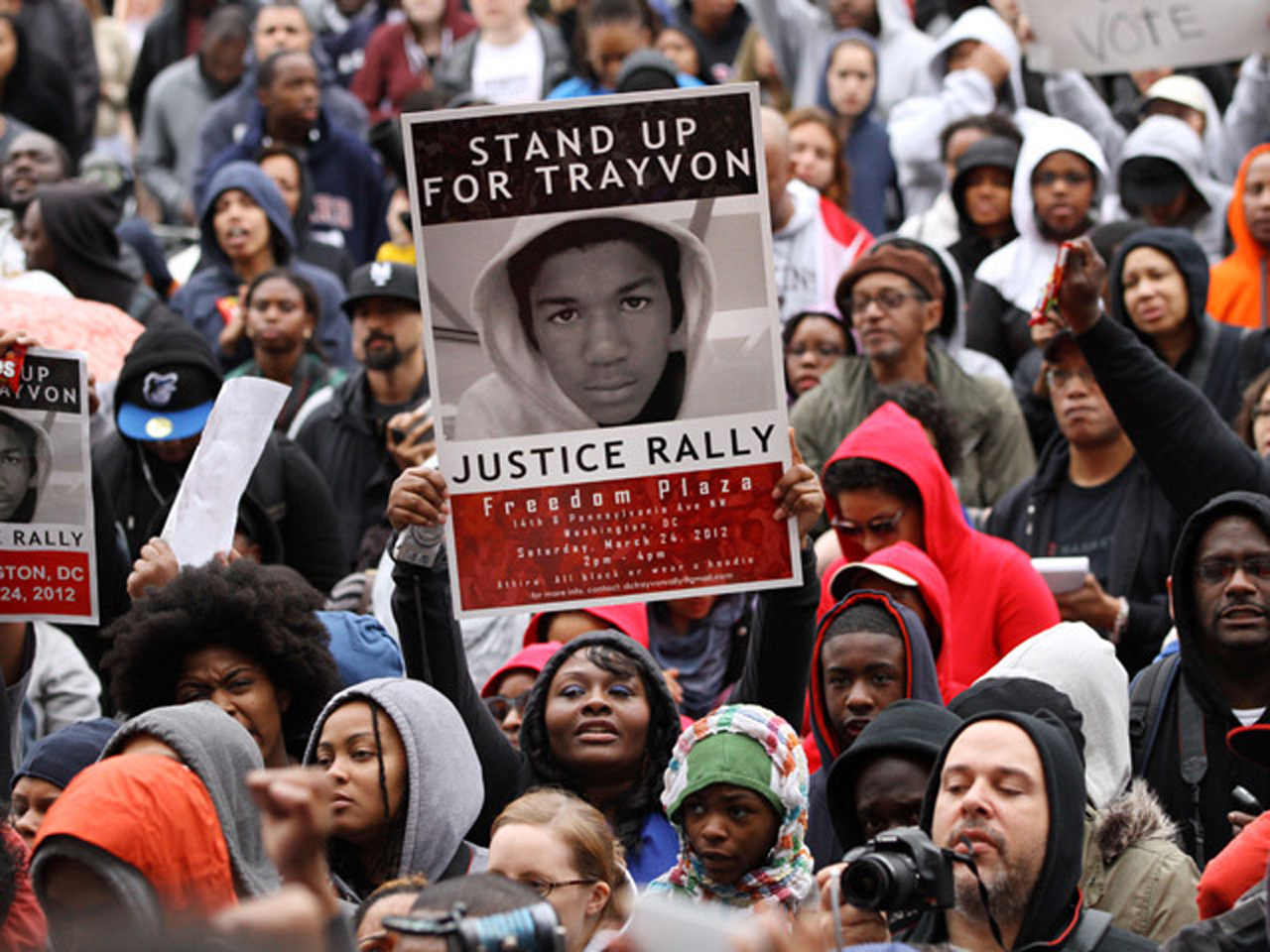 (CBS News) SANFORD, Fla. - It appears Monday will be a big day in Sanford, Fla., where unarmed teen Trayvon Martin was shot and killed by neighborhood watch volunteer George Zimmerman exactly a month ago.

Thousands will gather here in the afternoon to rally, and then hear Martin's parents confront city leaders.

Sunday night, dozens gathered outside the gated community where Martin, 17, was shot.

Zimmerman claims he fired in self defense, and he remains free.

"It ain't right and we will fight!" chanted one protester.

On Sunday, church services from Florida to Chicago turned into calls for justice.

In Eatonville, Fla., Rev. Jesse Jackson implored the faithful to look at Martin's killing as a wakeup call in a new civil rights battle. "What we know," he said, "is that the Department of Justice is now involved, but the killer is still walking the street free."

And in Ebenezer Baptist Church in Atlanta, where Dr. Martin Luther King once preached, similar calls were heard.

Martin's death and Zimmerman's continued freedom have morphed from a criminal case to a national cause.

Trayvon's father, Tracy Martin, thanked the Miami Heat for their support. On Friday, Heat star LeBron James tweeted a picture of the National Basketball Association team wearing hoodies - a show of solidarity for the teenager, who was wearing one when he was shot.

In Washington, D.C., hundreds rallied in the rain Saturday, a day after President Obama issued a highly personal message to Trayvon's parents, saying, "If I had a son, he'd look like Trayvon. I think they are right to expect that all of us, as Americans, are going to treat this with the seriousness it deserves, and that we are going to get to the bottom of exactly what happened."

That's what the slain teen's parents will be demanding Monday night of the Sanford City Commission. After the afternoon rally, thousands of supporters will hear them address the commission in person.

The rally will feature a who's-who of black America. Among those slated to address the crowd: Jackson, Rev. Al Sharpton and National Football League star Ray Lewis.