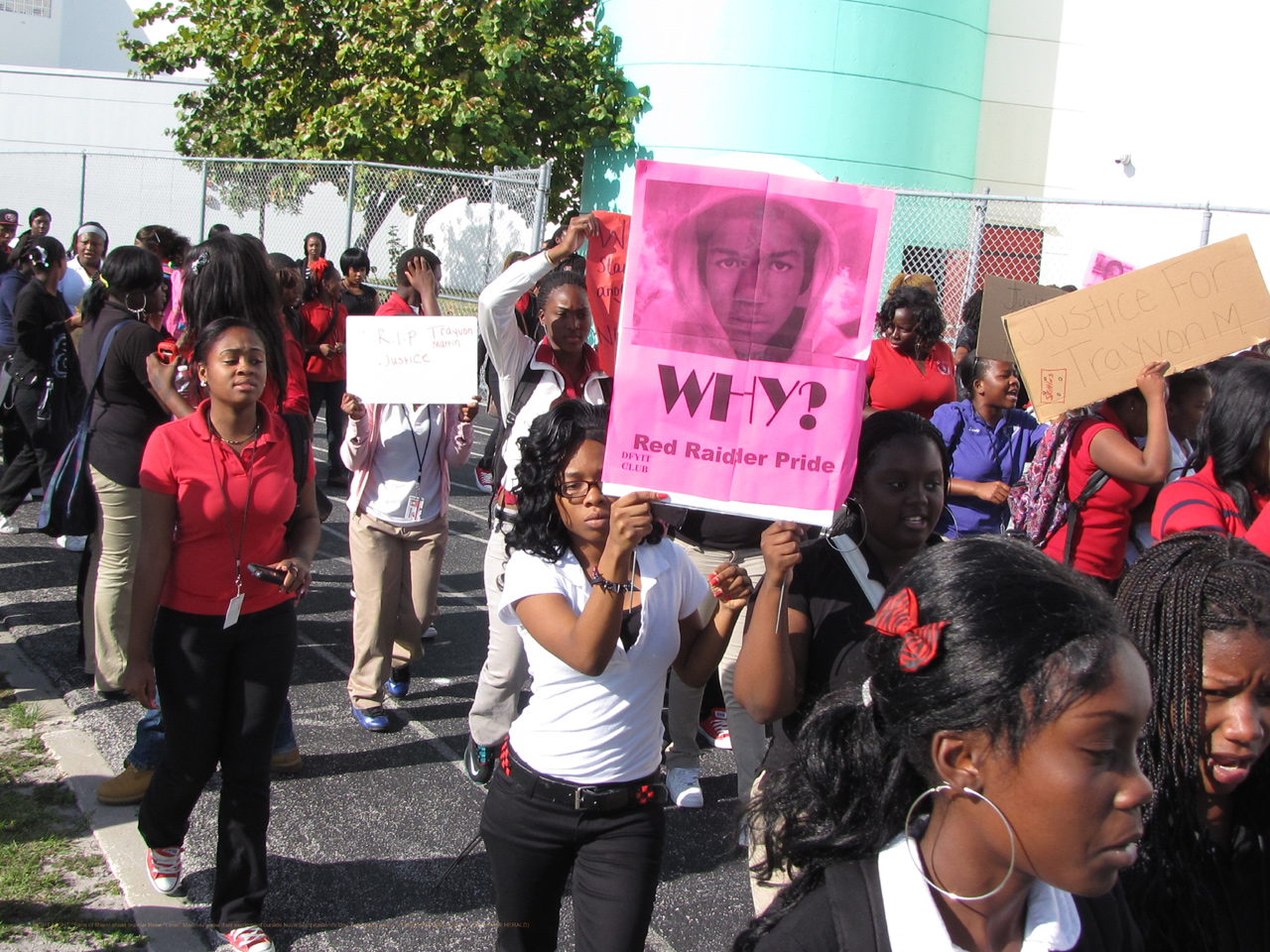 (CBS News) SANFORD, Fla. - What began as a shooting at a complex in a Florida town north of Orlando that many people had probably never heard of has now become a cause for thousands of people. Even President Obama has weighed in.

A prayer vigil in Sanford Friday night was the latest show of support for slain Florida teen Trayvon Martin.

And the flame sparked by his death, at the hands of a neighborhood watchman, is engulfing the country.

As many as 8,000 people gathered in Philadelphia Friday night to march in memory of the unarmed 17-year old who was shot to death last month.

And in Miami, 12,000 students walked out of school Friday - some showing solidarity by arranging themselves in such a way as to form Trayvon's initials on the school's football field when seen from overhead.

"They're like our crutches," says Trayvon's father, Tracy Martin. "We're able to lean on the supporters, and they're standing with us, and they're going to stand with us to the end."

Mr. Obama also called Trayvon's death "a tragedy." He said, "If I had a son, he'd look like Trayvon. ... We're going to get to the bottom of exactly what happened."

Trayvon's parents believe their son was murdered. George Zimmerman, who admits he shot Trayvon, told police he acted in self defense.

Federal investigators now looking into the case have yet to interview Zimmerman.

He went into hiding due to death threats and hasn't spoken publicly.

But he left a voicemail Friday for a fellow neighborhood watch volunteer saying, "I wanted to thank you for doing everything you've been doing. Um, I know you don't have to, and I appreciate it, and you're truly setting an example for me for the future of, uh, doing the right thing, even when it's tough, and, uh, I appreciate it."

This case has even gotten the attention of National Basketball Association players. LeBron James, of the Miami Heat, posted a photo on his Twitter account Friday showing Heat players in hoodies, with their heads bowed in support of Trayvon Martin. Several of them took the floor for a game with words sprawled their sneakers, saying, "We want justice" and "R.I.P., Trayvon."

To see Anna Werner's report, click on the video in the player above.