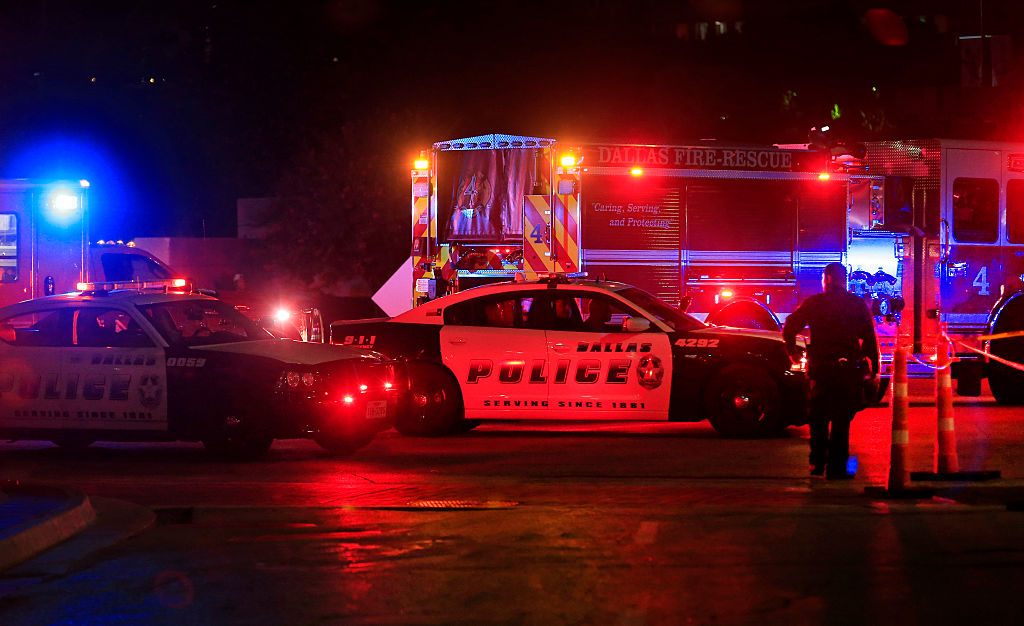 A peaceful protest last night in Dallas against the deadly police shootings of black men in Minnesota and Louisiana turned to chaos as snipers ambushed police officers, leaving five dead. Six others officers and one civilian are wounded. Several suspects are in custody, and another has killed himself after a shootout.

Family members of people who escaped the Dallas attack with injuries have gathered outside a hospital just two miles from the scene of the ambush, and they're sharing the horrific experiences of their loved ones -- including a police officer shot twice and a mother who thought only of her kids in spite of her own injury..

President Obama, in Warsaw for security talks with European leaders, has for the second time this week been forced to address violence in his own country. Mr. Obama called the ambush on Dallas police a "vicious, calculated and despicable attack on law enforcement," and vowed the perpetrators would be brought to justice.

The number of people who have permits to carry concealed handguns has "significantly expanded" over the past 30 years, and the head of the National Association of Police Organizations says when it comes to police-civilian interactions, that "does ratchet up the stress of the situation."

The famously risk-averse Hillary Clinton may go with the least-risky option as her veep pick. That person is understood to be Virginia senator Tim Kaine -- an old-school, social-justice Catholic Democrat who talks a lot about his faith. After he's announced (assuming it's him) Will Rahn says we'll likely start hearing a lot about how he's not actually that boring.

Hillary Clinton's proposal that government pick up the cost of college for many American families sounds good, but a closer look reveals a number of potential underlying problems. We look at why the plan may not address critical challenges for students trying to earn a debt-free degree.

America's child care system is a mess. Workers earn poverty-wages. The cost of early-child education is increasingly unaffordable and poor kids often get to kindergarten unprepared to start school. Is this any way to prepare our youth for the future?

Man sought over Dallas shooting turns self in, and is released

Obama calls for "greater sense of urgency" on police shootings

Clinton campaign will reportedly focus on these key states

Despite vaccine, these cancers are still on the rise

Depression is affecting millions of teens each year

How the Dallas protest shooting unfolded on social media

Beyonce changes her website in response to police shootings