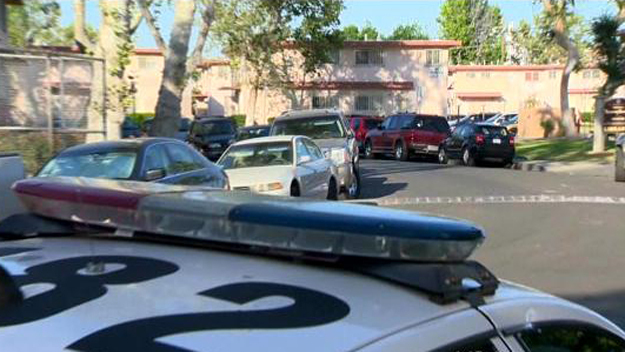 LOS ANGELES -- Seven gang members were charged in a federal indictment with firebombing the homes of black residents two years ago to try to drive them out of the gang's territory, prosecutors said Thursday, CBS Los Angeles affiliate KCBS reported.

Prosecutors say Hernandez led a meeting of fellow gang members in early May 2014 and told them of a plan to throw Molotov cocktails into the housing units in order to "'get the n***** out of the neighborhood,' or words to that effect."

"The defendants used firebombs to drive the victims from their homes because of their race, Vanita Gupta, principal deputy Assistant Attorney General and head of the Justice Department's Civil Rights Division, said in a statement. "This is a hate crime. Such violence and intimidation have no place in our society."

The firebombings were carried out shortly after midnight on May 12, 2014. Fire officials said at the time there were no injuries, and only "minimal damage" was reported.

The charges include conspiracy to violate civil rights, attempted arson of federal property, and using fire and explosives to commit a federal felony.

Saucedo, Garibay, Portillo and Monarrez are facing up to 110 years in prison if convicted. Hernandez and Farias face up to life in prison, and Felix faces up to 115 years.