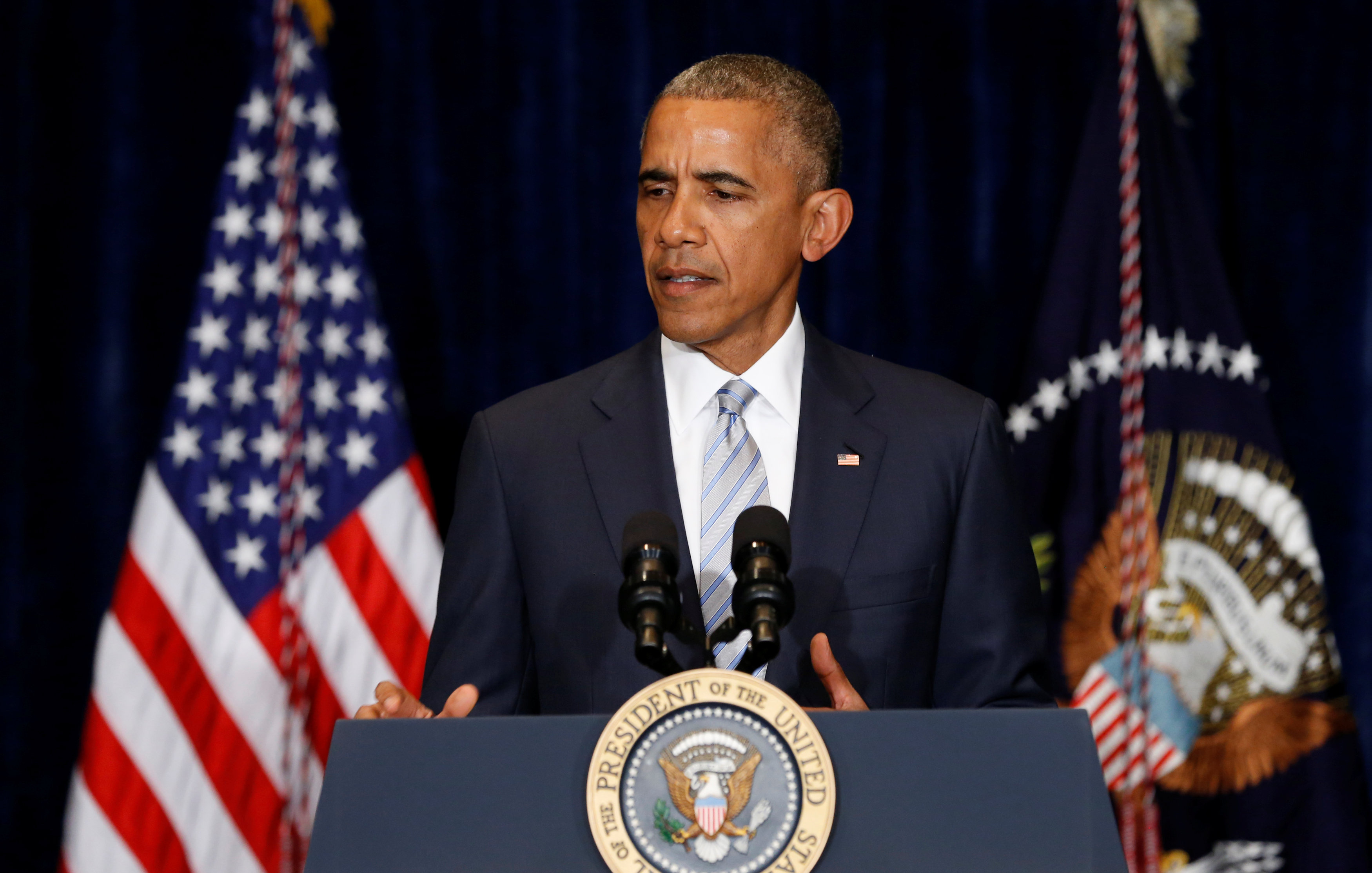 WASHINGTON -- President Barack Obama called on American law enforcement to root out bias in its ranks and said all Americans should be troubled by frequent police shootings of blacks and Hispanics, insisting that fatal incidents in Minnesota and Louisiana are not isolated.

Adding his voice to a growing public outcry, Obama said the shootings were symptoms of a "broader set of racial disparities" in the justice system that aren't being fixed quickly enough.

He ticked through a list of statistics he said showed concerns about bias are real: African-Americans being shot by police or arrested at more than twice the rate of white Americans.

"When incidents like this occur, there's a big chunk of our fellow citizenry that feels as if it's because of the color of their skin, they are not being treated the same," Obama said. "And that hurts. And that should trouble all of us."

Obama's diagnosis of the problem reflected a growing sense of frustration and willingness to speak out publicly about police killings despite the risk of making law enforcement officers feel under attack.

The president spoke in a hastily arranged appearance at a hotel in Warsaw just after arriving in Poland for a NATO summit. He largely echoed comments he made earlier in the day in a Facebook post as the two deaths were increasingly capturing the country's attention.

In Louisiana, 37-year-old Alton Sterling was fatally shot Tuesday as he tussled with two white officers outside a convenience store in a predominantly black neighborhood. The shooting was caught on tape and went viral online.

The next day in Minnesota, 32-year-old Philando Castile was shot to death during a traffic stop. His girlfriend posted video of the aftermath live on Facebook, saying he had been shot "for no apparent reason" while reaching for his wallet, as an officer had asked.

Though the White House has sought to avoid commenting on specific cases before all facts are known, in this case Obama weighed in while both shootings are still being investigated, including a civil rights probe by the U.S. Justice Department into the Louisiana incident.

Similar statements about other shootings have stoked tensions with law enforcement, including with FBI Director James Comey, who has suggested the intense public focus on police officers' conduct, fueled by caught-on-camera moments, may be inhibiting officers as they try to protect their communities.

Aiming to pre-empt that concern, Obama said that speaking out about the issue is not an attack on police. He emphasized that he and other Americans appreciate the risks police officers take and mourn officers who die in the line of duty.

Yet despite Obama's efforts to bridge misunderstandings between African-Americans and the police, the problem clearly persists. In 2014, Obama created a task force to develop modern policing guidelines, and he urged local communities and policing agencies to implement those recommendations drafted by the Justice Department.

Obama said if anything good could come from recent deadly incidents, it would be that more parts of the country would adopt those recommendations.

"Change has been too slow," Obama said. "We have to have a greater sense of urgency about this."

Obama has wrestled for much of his presidency with the policing issue, the "Black Lives Matter" movement and his role as the first black president in responding to them. After the issue burst into the spotlight in 2012 with the shooting of 17-year-old Trayvon Martin in Florida, Obama insisted the U.S. take the issue seriously and added, "If I had a son, he'd look like Trayvon."