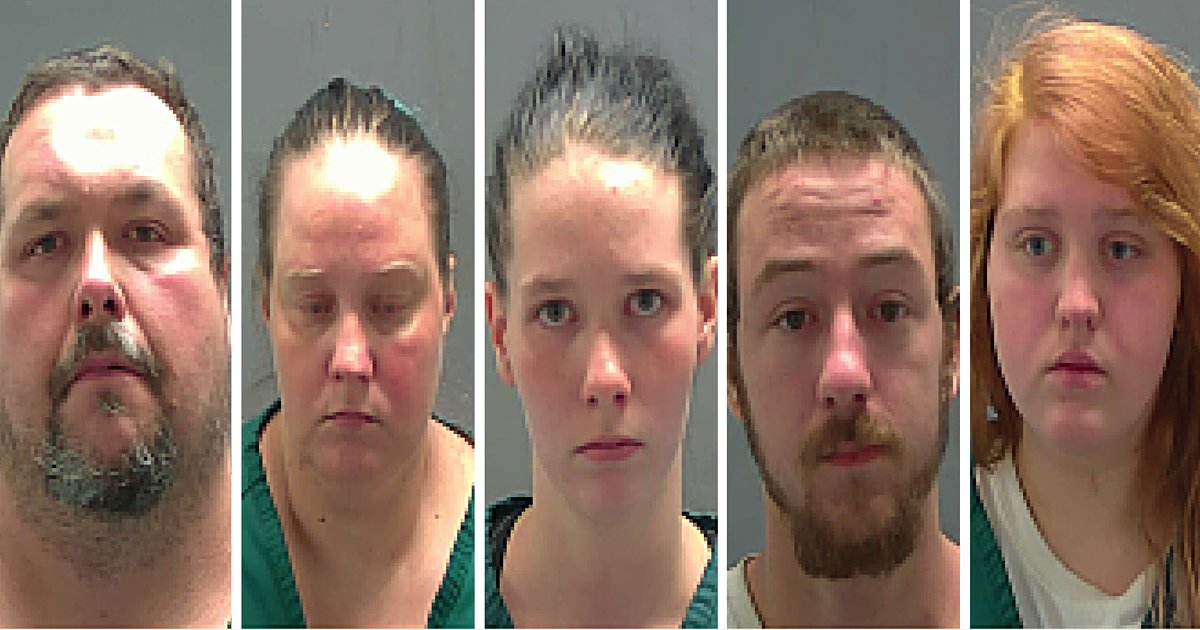 AMITE, La. -- A Louisiana sheriff says two men and three women are accused of keeping an autistic woman outdoors with only a kennel-like crate as her shelter and planning to use her as a prostitute.

Tangiaphoa Parish Sheriff Daniel Edwards said in a statement Thursday that investigators searched the house last week after a report of a woman in a cage. He says authorities found the woman in the back yard near the crate draped with a blue tarp.

Investigators say the woman appeared malnourished and often was locked in the crate at night to keep her from wandering away.

Sheriff's spokeswoman Dawn Panepinto says investigators later learned the five planned to prostitute the woman. She says they were arrested on charges of human trafficking and cruelty to the infirm.